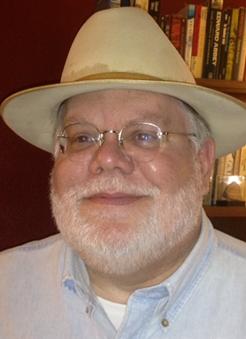 The injustice of such a system further underscored the grief and tragedy when the city refused to compensate their families. Eleven days later 1,300 black sanitation workers walked off the job. At the heart of the protest was the simple assertion that the workers were human beings and should be treated with the dignity of being human. They were not garbage. Hence, the signs, “I am a man.”

Rev. James Lawson, long-time civil rights leader who was also a local Memphis Methodist pastor, said at the time that the city “treats them as though they were not men. . . . that’s a racist point of view. . . . At the heart of racism is the idea ‘a man is not a man.’”

Martin Luther King came to Memphis to participate in the struggle. Many of his colleagues urged King to stay away. King was exhausted, and he had other priorities, the largest of which was planning and organizing the upcoming “Poor People’s Campaign” in Washington. But King was determined to come to Memphis because the heart of the struggle was in his heart and had been since he was a boy: the personhood and dignity of each individual, rooted in a personal God. God is not simply a transcendent entity, or a force, or some ethereal abstraction. God is the essence and definition of personhood who creates humanity in God’s own image as persons.

Evil is anything that diminishes, destroys, divides, and degrades human beings, and King said the three basic evils of society -- racism, poverty, and war -- work their destruction in those on the receiving end of evil as well as those who participate in such evils even when unaware.

Furthermore, for King, we are all connected to one another. As he was taught in church, “I am because we are;” our personhood is discovered in community. This social aspect to human personhood is also why racism is not simply about an individual’s personal preference. Racism is a system that affects everyone. It divides and diminishes, destroys, and degrades all people.

According to John’s Gospel, the High Priest Caiaphas said, “Don’t you understand that it is better for you to have one man die for the people than to have the whole nation destroyed?” (John 11:50). In other words, a Caiaphas mentality says that sometimes it is necessary for persons to be sacrificed for some greater cause: the corporate bottom-line, freedom and democracy, efficiency, the global economy, a Southern way of life, or tax cuts for the wealthy. Instead of people they become “collateral damage” or faceless stereotypes on Facebook or garbage compacted in the back of a truck.

In contrast, Jesus taught in Matthew 18 and Luke 15 that each and every sheep is so important to God that the shepherd knows him or her and leaves the ninety-nine to search even if one is missing. Each sheep, each person is loved and cared for, and we learn to pay attention to who is missing and who does not have enough to eat, who is left out, abused, exploited, ground down and stepped on.

We are called to follow Jesus, the Good Shepherd, in a Caiaphas world. That Way got Jesus killed and 50 years ago in Memphis it got one of Jesus’ followers killed.

May God have mercy on us and give us courage. Amen.