by Texas Baptists Communications on August 3, 2020 in News 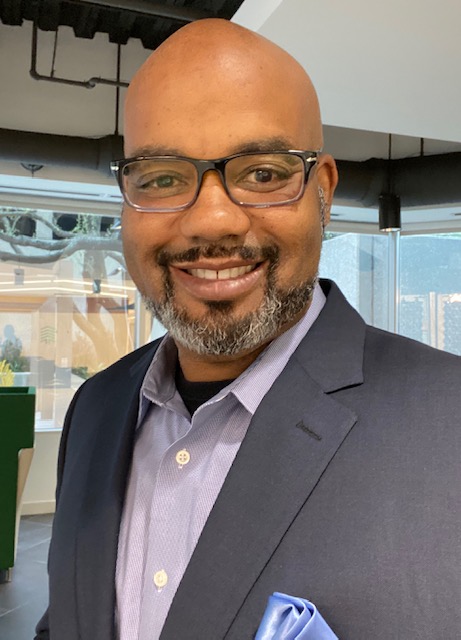 On August 3, Ray Malone joined the Texas Baptists staff as the new Human Resources Director, following the retirement of Rollie Richmond who served as the HR Director for eight years. Malone brings years of ministry and business experience to the new role which will greatly benefit convention staff.

“We are excited to welcome Ray Malone as new HR Director and know he will serve our staff well,” Executive Director David Hardage said. “When I came to the BGCT, I didn't know much about ‘HR,’ but soon found out how valuable a knowledgeable, positive and effective Human Resources Director can be. I made this discovery because of the work of Rollie Richmond. However, for Rollie this work was much more than work, it was his ministry and he served you and me and our Texas Baptist family well. We celebrate Rollie’s service and look forward to continued ministry through Ray joining our team.”

In his new role, Malone will be involved with the internal operations of Texas Baptists, supervising and providing consultations on staffing, benefits, training and more. As Human Resources Director, Malone is excited to promote and enable Texas Baptists staff members as they minister to the state of Texas and beyond.

“I’ve been closely affiliated with Texas Baptists for more than 12 years. I’ve had the chance to see it from the ministry side, now I get to see it from the administration side,” he said. “Being able to come in and help people care for their family, their health, their retirement, et cetera, so that they can focus on ministry is such a blessing.”

In 2013, Malone accepted the position of pastor at Greater Beulah Baptist Church in Dothan, AL. The church had a school, Greater Beulah Christian Academy, and Malone found himself turning to the business classes he took in college to increase the school’s profitability and quality. It was there that he learned how to intertwine ministry and business practices.

Malone graduated from Dallas Baptist University (DBU) in 1999 with a Bachelor’s in Business and Christian Ministry. He obtained a Master’s in Management from DBU and a Doctorate in Theology from Andersonville Theological Seminary.

Malone will inherit his role from Richmond, who served as Texas Baptists Human Resources director for eight years.

Malone praised Richmond for his guidance and for creating the strong department that Malone will be joining.

“I want to thank Rollie Richmond because he has made coming into this role so easy. He’s done such a great job with the Human Resources department,” he said.

Richmond has a background in consulting, entrepreneurship and internal corporate positions. He has served as Human Resources director at Unihealth America and over Human Resources operations for Baylor Healthcare Systems. In addition to these positions, he has provided consultations for companies including Ford, Georgia Pacific and Crown Zellerbach.

"While I have had the privilege of serving in a number of fine organizations throughout my career, it has been a true joy to have been able to serve at Texas Baptists. Serving with Texas Baptists has been the spiritual and professional blessing of my life,” Richmond said. “Whatever Texas Baptists may have gained from my contributions over the past years, believe me, I have gained much, much more. Know that Texas Baptists will always be a part of me, as will each of you."

Richmond also founded Frontera Solutions Group, a consulting firm specializing in healthcare issues, in 2007. It was through this organization that he was first introduced to Texas Baptists, when he consulted the organization about its healthcare needs.

Richmond is expected to serve on a contract basis as Malone transitions into his new role.

“It’s an exciting time in ministry, especially for the Texas Baptists,” Malone added. “And I’m really grateful to be a part of the team. The shift that we are going through [due to COVID-19] has made us change our mode of operation, but it has provided us with new opportunities for ministry. It’s an exciting time. This job lets me support so many who are operating in ministry.”