Celebrating 25 years of worship and sisterhood

by Texas Baptists Communications on June 27, 2019 in News 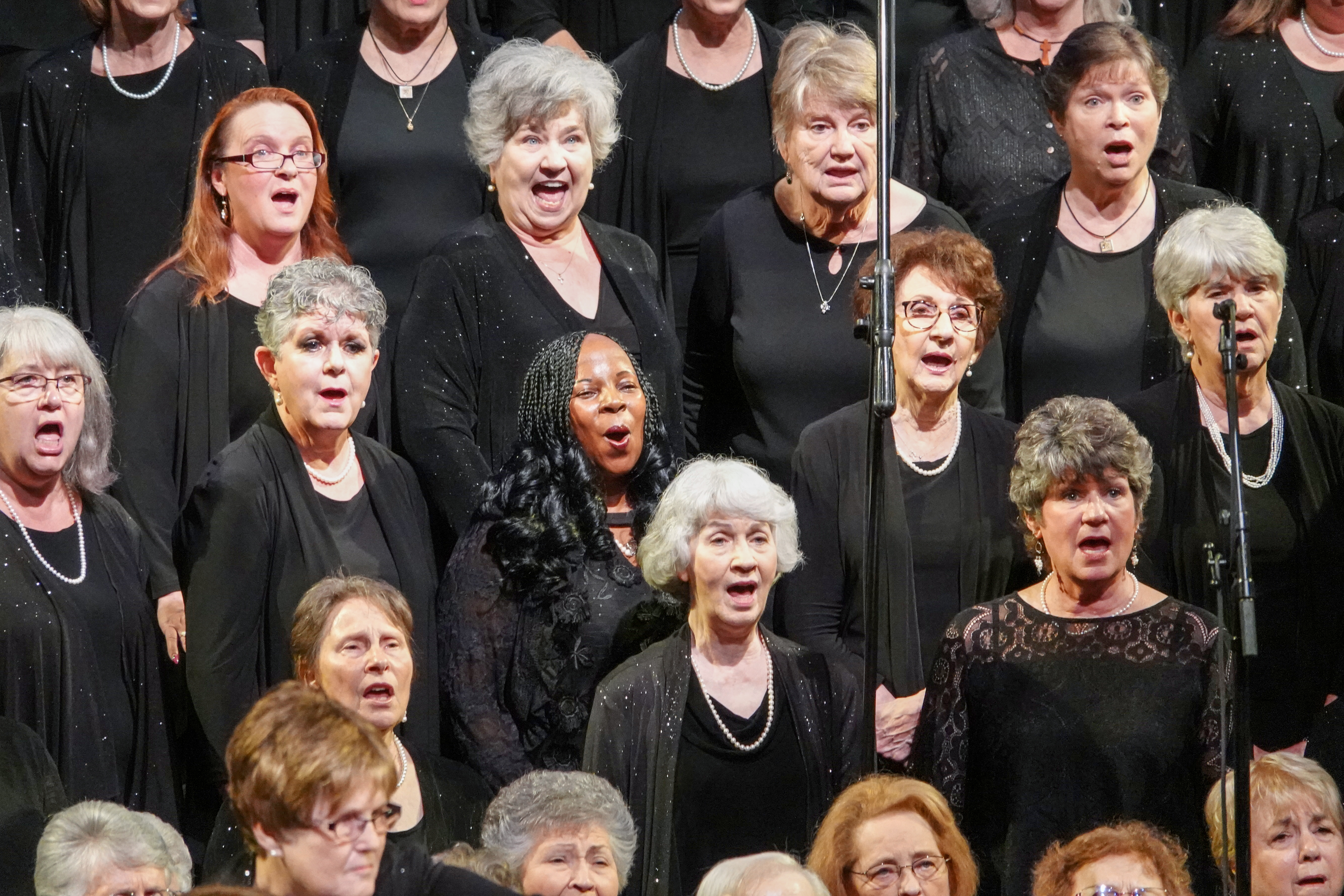 On Saturday, June 22, over 220 women gathered together from across Texas to celebrate the Singing Women of Texas (SWOT) 25th anniversary with a special concert in front of a full crowd at the Sue and Frank Mayborn Performing Arts Center on University of Mary Hardin-Baylor’s campus. Women from all eight of SWOT’s chapters sang a myriad of worship songs.

SWOT was formed 25 years ago by Don McCall, who realized that there was no opportunity for Baptist women to sing together. What was intended to be a one-time concert in 1994, quickly grew to become a year-round organization through Texas Baptists. There are now eight chapters around the state, each with its own unique culture and women.

Megan Smallwood has been a member of SWOT since its inception. Now the director, she explained that the choir offers a special community to the women who are a part of it. “It’s unlike anything we have in any other part of our lives,” Smallwood said. “We have such a strong fellowship and connection as sisters in the Lord.”

The second generation of Singing Women of Texas is already beginning to grow. Smallwood’s own daughter joined the choir about eight years ago. And SWOT’s own importance continues to grow as many modern churches do away with their church choirs. SWOT provides an opportunity to worship through song to women who may not get the chance otherwise.

Tom Tillman, director of Music & Worship with Texas Baptists, said this choir, and other music ministries like it, offer a valuable way to reach people. It is much easier to get someone to attend a concert than a church service. Furthermore, music connects with people on a deep, almost indescribable level.

“Music reaches people like nothing else,” Tillman explained. “That’s why it’s such a vital aspect of everything we do.”

SWOT does not just minister to people through their music. Chapters go on mission trips throughout the United States. They perform concerts for churches, prisons, and homeless centers, but they are also very hands-on. During their Lone Star Tour, the women boxed food for homeless people, weeded community gardens, and served food at a local shelter during the day, before putting on their concerts in the evenings.

The 25th anniversary concert gave the chapters an opportunity to perform together and celebrate the accomplishments of SWOT. Tillman spoke during the concert, recognizing McCall, and Tim Studstill, former director of Music & Worship, both of whom were in attendance.

Tillman was elated to be a part of the celebrations, and said, “tonight, we celebrate a strong organization that continues to bring comfort and joy.” 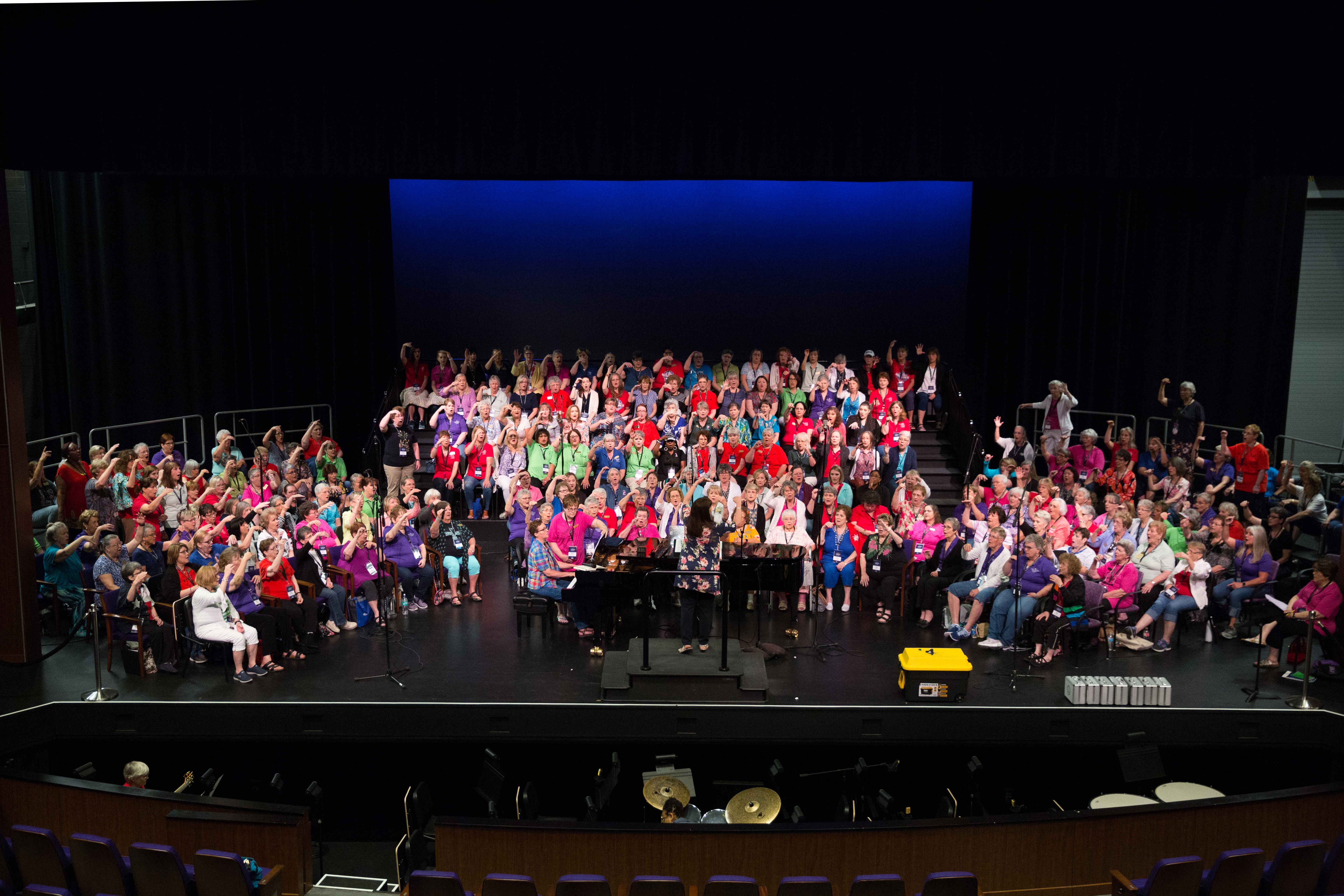 At the concert, the women sang a mix of traditional hymns, new worship songs, and medleys. The women praised God through their singing, joyfully proclaiming His name. The Singing Men of Texas, the male counterpart of SWOT, even joined the women for a moving rendition of “The Majesty and Glory of Your Name,” directed by Tillman.

Following the singing, Smallwood also spoke. She gave special recognition to the original charter members of the organization, many of whom were still singing in the choir. She also recognized Cindy Berry, who was in attendance and who composed many of the songs that SWOT sings, including “He Will Quiet You,” which the choir performed during the concert.

In commemoration of the 25th anniversary, SWOT will be releasing an album. The album, which will also be available for digital download, is a mixture of studio and live recordings, some of which were recorded during the concert.

McCall ended the concert with a benediction.

“Thank you God for what you have allowed us to do these past 25 years,” he prayed. “We can’t wait to see what you do with the next 25.”

Singing Women of Texas is a ministry of Texas Baptists Music and Worship. For more information about the choir and to locate a chapter near you, click here. Chapters meet monthly. Baptist women of all ages are welcome to join.