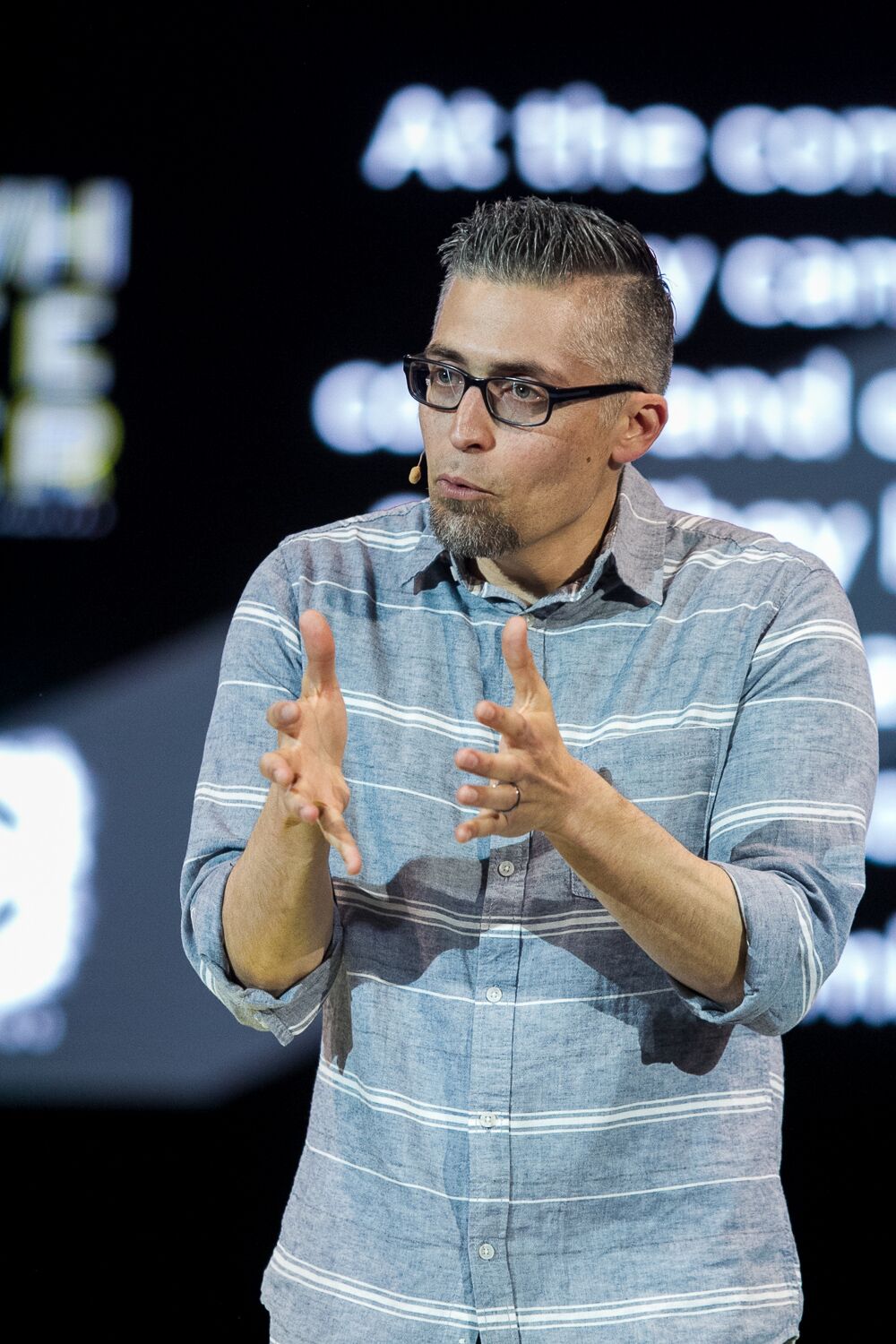 As Victoria Lopez shared her testimony, members of the crowd dabbed their eyes to wipe away tears. The 16-year-old told the crowd of approximately 3,200 at the Ferrell Center in Waco, Texas, that she continues to look to God while fighting cystic fibrosis, a progressive genetic lung disease. She said through all her hospital stays, infections and surgeries, she has relied on God for help.

“He has me in the palm of his hand,” Lopez said.

Because of CF, Lopez said she uses an oxygen concentrator to help her breathe and is currently waiting for a lung transplant. She said she believes prayer is powerful, and even after missing school because of these various hospital stays, classmates at school have approached her to comment on how she is always smiling and to tell her they will pray for her.

A call to pursue leads to salvation 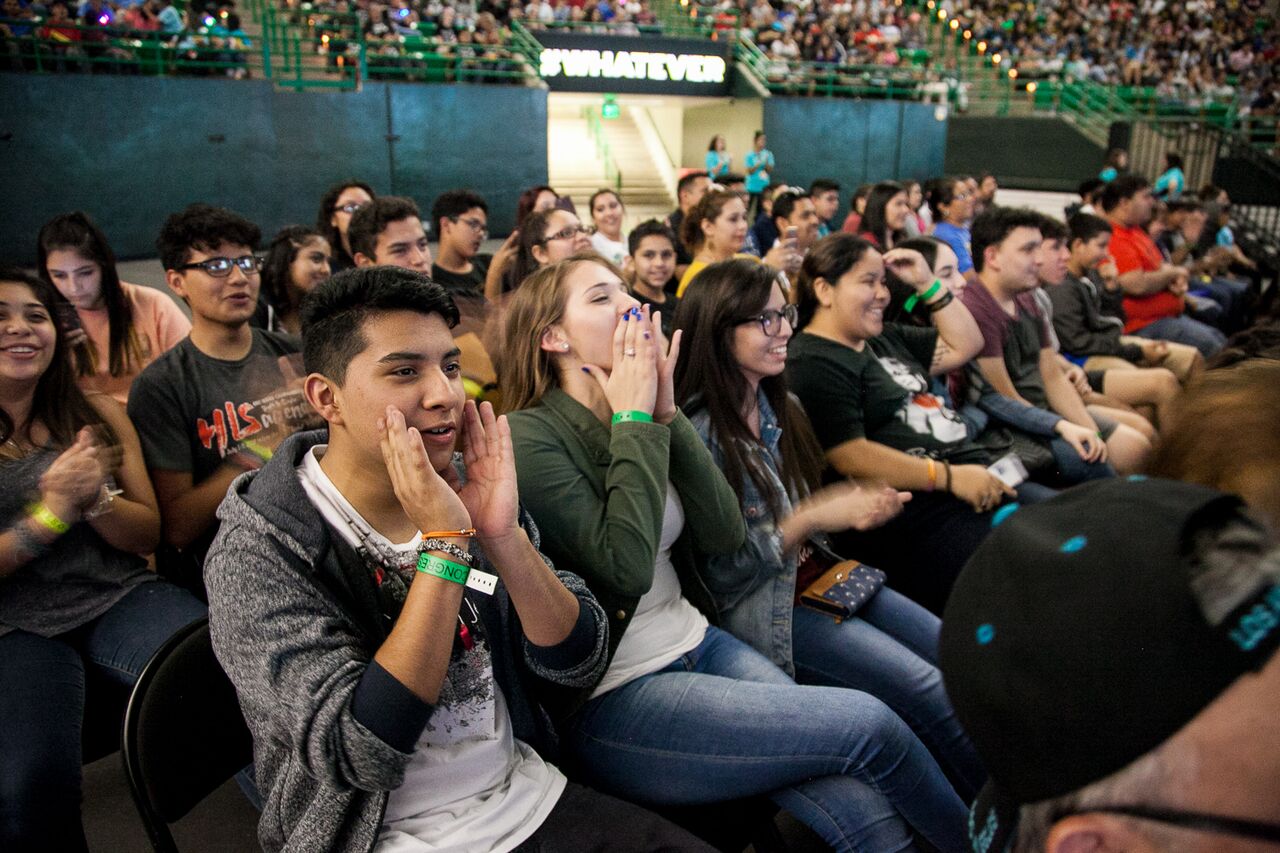 Several hundred attendees, six grade and above, lined up outside the Ferrell Center on Friday night. As the doors first opened, students ran down the stairs and toward seats in the front row while others poured into the stands above. College graduate Saul Miranda of New Jerusalem Baptist Church in Sulphur Springs, Texas, said this was his second year to attend Congreso and was excited to be back.

“I like the praise and worship the most,” he said. “It’s cool to see everyone worshiping. [I want to] just get closer to the Lord.”

Chagy the Messenger and Paredes spoke on Friday night. Paredes asked how far the people were willing to go to follow God.

As he finished his message, Paredes invited all those who felt a need for a relationship with Jesus and those who wanted God to transform their hearts to come to the stage.

Hundreds of students accepted that invitation, and counselors were ready to receive them backstage to lead them in prayer. Between Friday and Saturday night, 73 students accepted Jesus Christ as their Lord and Savior, 124 students recommitted their lives to Christ and 30 students surrendered to ministry.

“God is in the business of moving,” Paredes said. “God has been working in you before you ever came in this room.”

Serving pastors and the Waco community 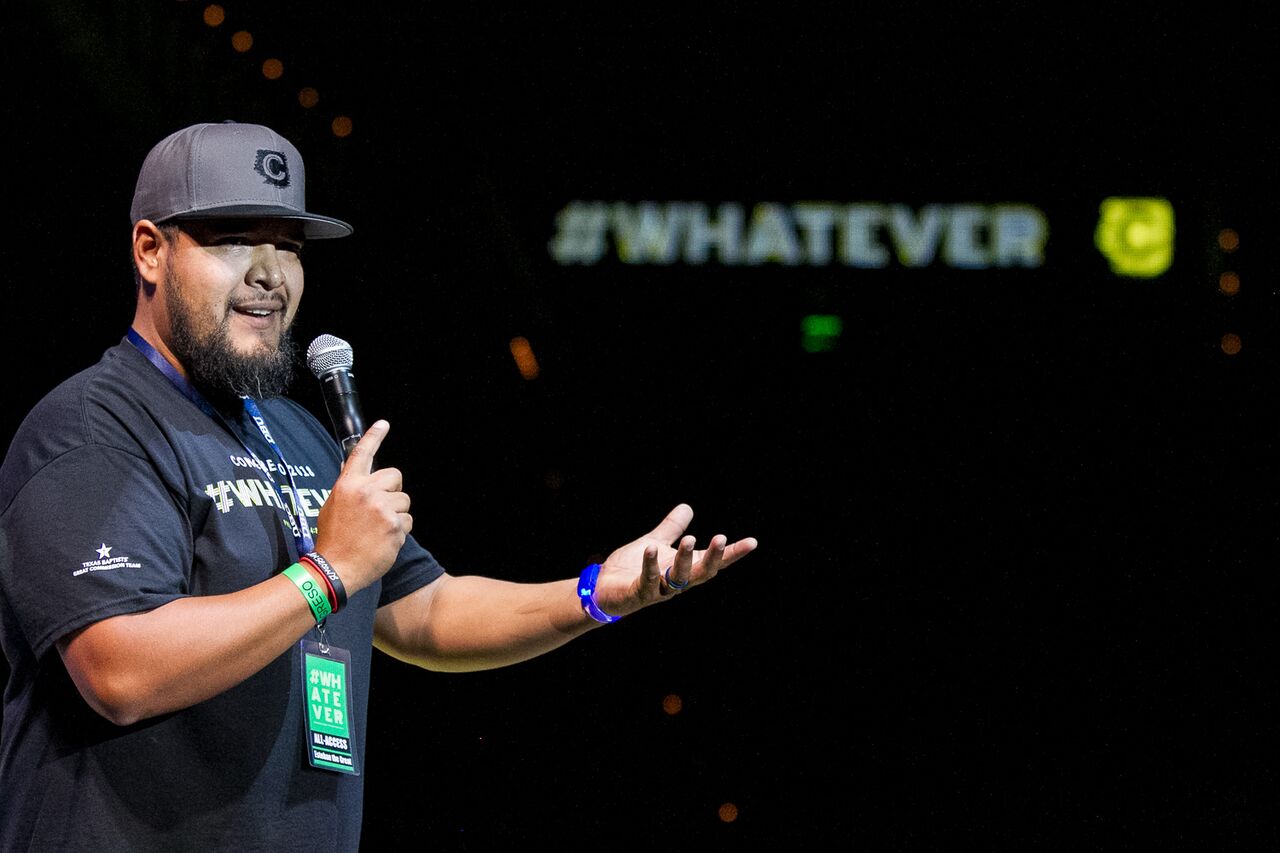 Of the 182 churches represented at Congreso, 102 pastors participated in the first-ever Pastors Track with the theme of "Reaching and Ministering to the Next Generation." On Saturday morning, there was a track in both English and Spanish followed by a panel discussion on the topic that night.

After a morning filled with workshops, participants spent Saturday afternoon at various locations around Waco serving the community. Some went to churches to do gardening work, clean out warehouses and distribute flyers while others wrote letters to a variety of people including prisoners and the homeless.

While gardening at First Baptist Church of Waco, Fort Worth, Texas, ninth grader Monzerratt Martinez of Misión de Paz Church reflected on a message she heard Friday night. Congreso “has been a tradition,” she said, and this is her fourth year to attend.

Martinez continued, “One of the speakers was talking about how sometimes, you’re doing everything like reading the Bible and praying and going to church and everything, but you don’t feel like something is happening. That’s because God has a plan for you. He’s moving.”

Students challenged to live out what they learned 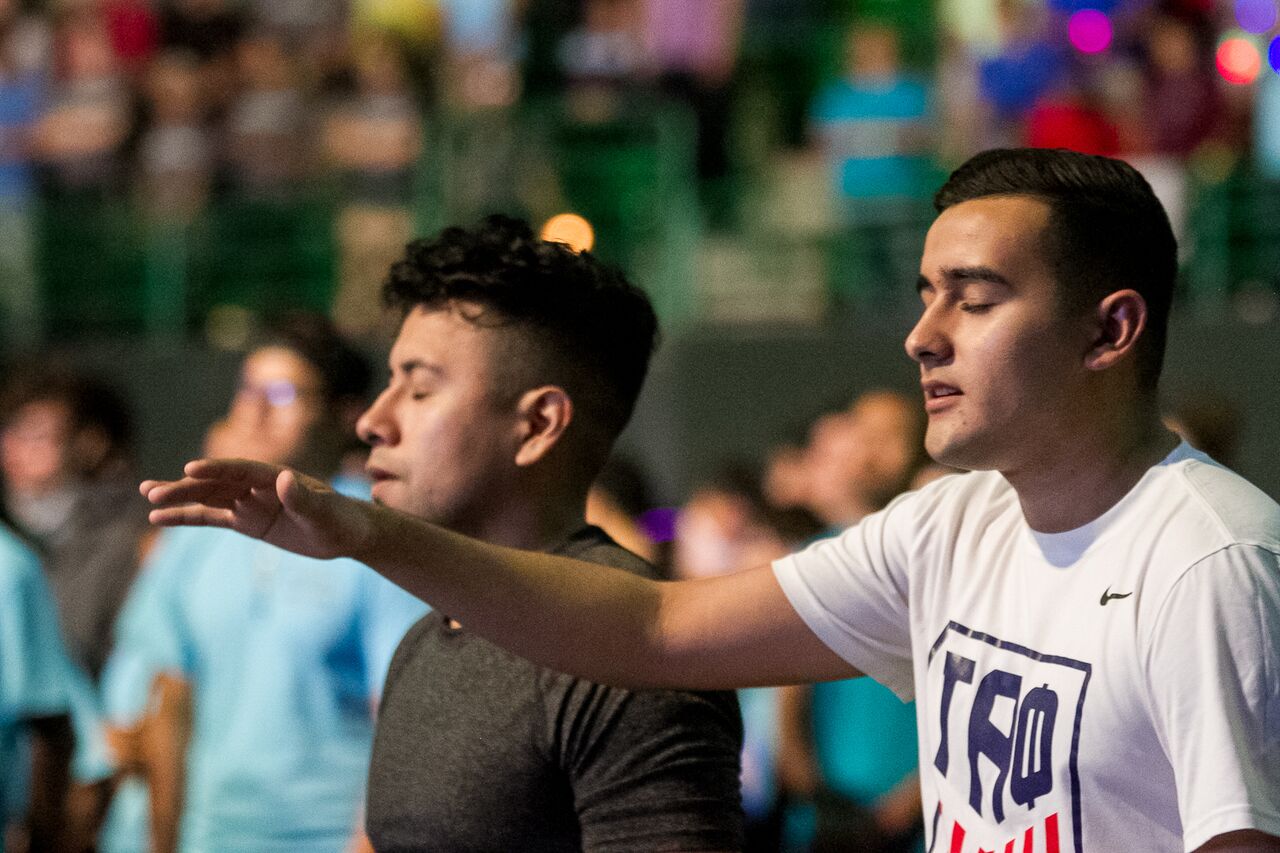 After an afternoon of service, Congreso continued back at the Ferrell Center. Along with worship and praise, Chagy the Messenger and Paredes shared more about God’s love with the crowd. After his act of escaping from a straightjacket, Chagy the Messenger encouraged those bound by sin to be set free.

“Don’t let sin destroy your life,” he said. “Don’t let sin be a chain in your life. Today’s a day He can fill you up. He can restore you. He can quench your thirst if you are thirsty. Jesus is the real thing.”

Congreso ended on Sunday morning with a service and final messages from Chagy the Messenger and Ellis Orozco. Orozco said for students to not leave what they learned this weekend behind but rather take the lessons home and start living them out immediately.