Creating a passion for missions

by Bonnie Shaw on February 26, 2020 in Great Commandment

Lead Pastor Heath Kirkwood and Student and Discipleship Pastor Dan Stewart were praying for a missions opportunity for their church, First Baptist Church in Lorena. For many years, the church supported missionaries financially and were involved in local missions, but they had not sent out a group of church members on a mission trip in over a decade.

Though they were a small congregation with an average attendance of 170, the pastors believed God was calling FBC Lorena to become actively engaged in missions.

Kirkwood and Stewart wanted to find a mission opportunity that would lead to a long-term relationship for the church to maximize the impact they could have in that area.

Kirkwood found that opportunity a year ago while he was participating in Leadership Texas Baptists, a nine-month experience dedicated to equipping and engaging young Baptist leaders across Texas. Through the program, Kirkwood was introduced to the late Daniel Rangel, former director of Texas Baptists River Ministry. Rangel’s passion for evangelism along the Texas/Mexico border excited Kirkwood, and as he and Stewart learned more about the needs along the border, they felt God calling FBC Lorena to serve.

Though there are River Ministry missionaries in many cities along the border, the two pastors felt called to work with Shon Young, a missionary in Del Rio who works with immigrants in the city.

When the idea was first presented, many members were concerned about going down to the border. Some members of the congregation had reservations about safety in that part of Texas, and others worried their church did not have the resources to support both missions and their church’s needs.

In order to encourage the congregation, Kirkwood started a new sermon series, “Reimagining Mission.” He explained the importance of spreading the Gospel, even to people and places that can be uncomfortable. They also asked Dennis Horton, a Baylor religion professor who is knowledgeable on the importance of long-term missions partnerships, to help preach the series.

The student ministry went on FBC Lorena’s first mission trip to Del Rio in July 2019. When they came back, full of excitement and passion for the work they had done to help refugees there, the rest of the church became excited, too. 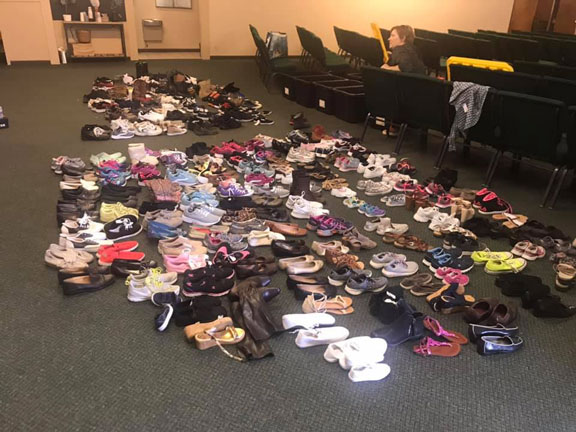 Since then, FBC Lorena has sent two vision trips and four mission teams down to help Young in a variety of projects and missions, including a shoe drive, where church members donated 280 pairs of shoes for refugees arriving at the border. They plan to continue these trips in 2020 and beyond, planning each trip uniquely to best address the changing needs of the city.

“Our vision and our involvement in Del Rio is a long-term investment with several mission trips a year,” Kirkwood explained. “Our intention is to have long-term relationships in Del Rio, which is why we were so prayerful and intentional.”

Most recently, in order to allow working church members a chance to be on mission, FBC Lorena organized a trip over the Martin Luther King, Jr. weekend in January. Fifteen people went down to Del Rio and served in a variety of capacities.

The group participated in many hands-on projects, including repair work on the Val Verde Border Humanitarian Coalition building, a facility for refugees to receive aid after they cross the border. At the facility, refugees receive hygiene kits, clothes and help as they continue on to their final destination in the United States.

One of the biggest projects the group worked on was repairing Su Casa Ministries, a mission house for church mission groups to stay in during their time in Del Rio. FBC Lorena members painted and cleaned the house. For Kirkwood, this project was particularly exciting because it helped pave the way for many more mission groups, both from FBC Lorena and other congregations. 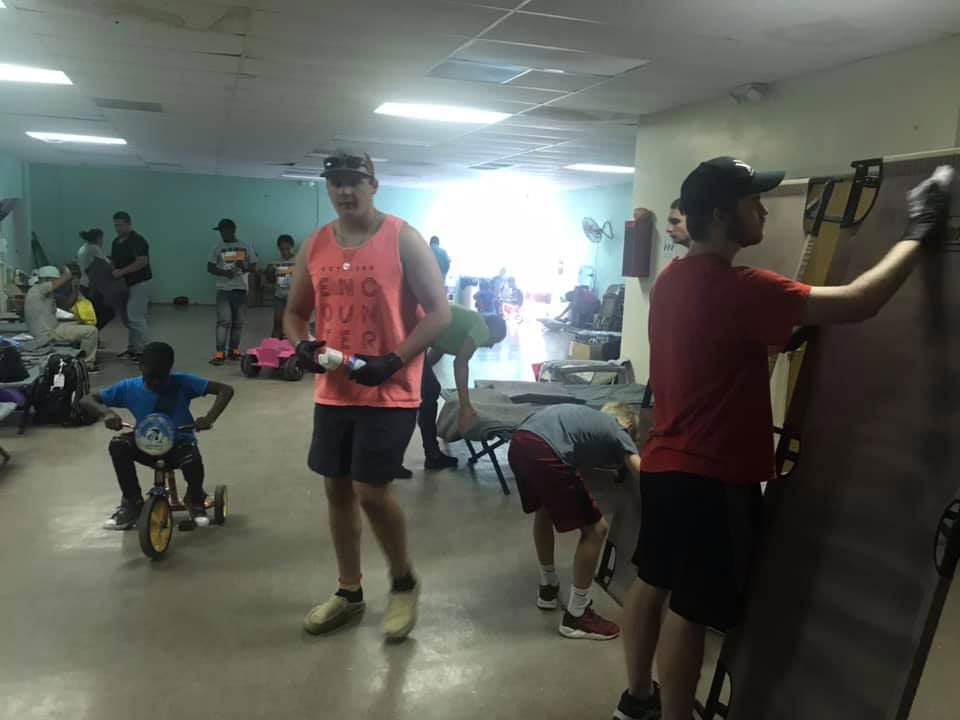 “[The money for materials] wasn’t that big of an ask, and now many more mission teams can come down, and more people can be helped at Val Verde. And when you look at it that way, you don’t want to withhold resources,” Kirkwood explained.

The group also attended Sunday worship at City Church, FBC Lorena’s partner church in Del Rio, where Young is the associate pastor of missions and youth.

The partnership between the two churches builds opportunities for both of them to send congregants on mission to each others’ city.

For Kirkwood and Stewart, the most exciting part of this new partnership has been seeing their church become more passionate about missions. Both pastors encouraged other small membership churches who may be worried about the risks of sending groups out to push past the uncertainty and rely on the Lord.

“Don’t let the fear and uncertainty of what’s involved stop you,” Kirkwood said. “Down there are real people with real needs.”

For more information about River Ministry and how your church can partner with a River Ministry missionary, contact Gloria Tillman at gloria.tillman@txb.org.