by Guest Author on January 2, 2020 in Great Commission 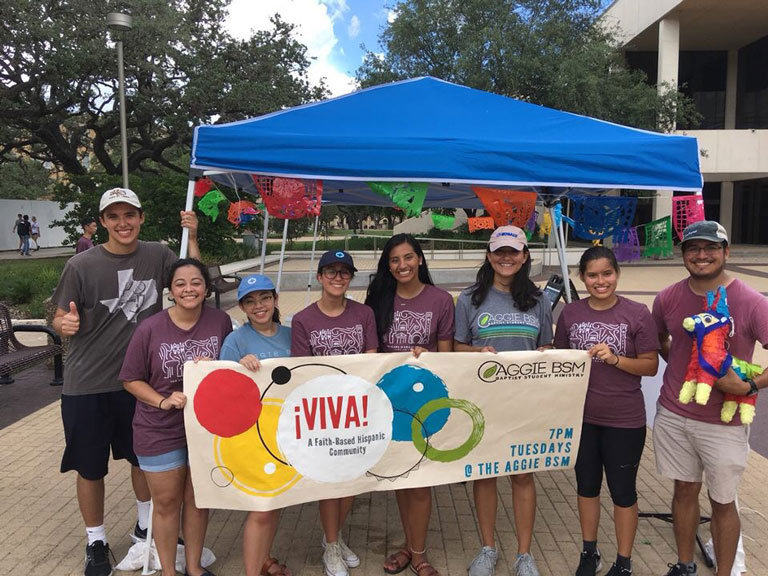 Meredith Rose is a News Intern with Texas Baptists.

Last year, Texas A&M University junior Tifany Aquino felt God call her to the mission field. As she prayed for God to reveal when and where He wanted her to go, she learned about an opportunity in Mexico City through Texas Baptists’ Go Now Missions, a program that mobilizes college students to share the love of Christ across the world.

“I was familiar with Go Now, and I had heard about other students’ stories,” Aquino said. “In high school I did a few week-long mission trips, but I really wanted to see how God could grow me if I went for longer.”

An active Baptist Student Ministry (BSM) member and leader on her campus, Aquino felt drawn to missions in Mexico City so she could develop her understanding of a culture that is also found on her campus.

“Aggie BSM is my home. I know all the Hispanics who are involved in our ministry. I began to wonder how I could better reach their culture,” she said. “I grew up in a Mexican-Peruvian home, but I still wasn’t fully aware of the Hispanic culture. I really wanted to learn how to do discipleship in this culture.”

So, in the summer of 2019, Aquino was faithful to God’s call on her life and traveled to Mexico City for six weeks to learn about the Hispanic culture and reach lost souls for Christ.

In Mexico City, Aquino was partnered with an International Mission Board (IMB) team doing church planting and evangelism. She and three other Go Now/IMB missionaries worked with the team on a number of outreach projects. 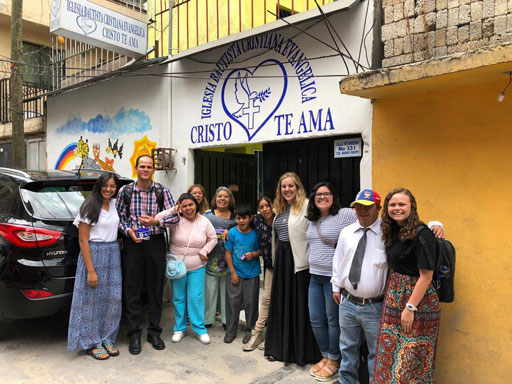 “A lot of our work was done in two neighborhoods, Colonial Presidentes and Bario Norte, where we supported local churches and worked with Vacation Bible Schools,” said Aquino. “We also built relationships with students at the Universidad Autónoma Metropolitana through the English classes we taught.”

Aquino and her team discipled families each Saturday night during Bible studies in the basement of a local church. She described the joy of watching this group develop over her six weeks of service.

“The first two weeks, there were maybe five people there. Toward the end of the summer, the Lord really showed His faithfulness because the group had outgrown the basement,” said Aquino. “We were just there to support. Really, it was God’s plan and hand the whole way through. We just happened to be there watching as He worked. It was a joyous thing to see.”

Aquino’s favorite part of the trip took place after Bible studies when the families who attended would invite her and the team to fellowship and break bread in their homes.

“They would ask us to come almost every week. We couldn’t go very often because we lived far away, but one time we did,” explained Aquino. “That was such a sweet moment of bonding and fellowship over a meal. I enjoyed the little things like that most. It really warmed my heart to be with them in their home.”

Searching for an identity

While Aquino was in Mexico City to spread the Gospel message, she was also there to learn and grow personally in her walk with the Lord. 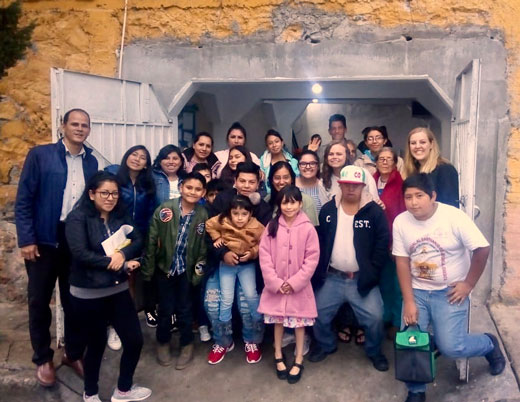 “I was really trying to find out my identity… what I am meant to be doing,” she said. “At the time, I felt insecure about the future and needed to figure out who I was.”

During her six weeks of service, Aquino developed close relationships with International Mission Board missionaries Rick and Kelly Martinez.

“They really helped me grow,” she said. “They helped me figure out my values and discover the passions God has placed in my heart. Also, they showed me the reality of serving God, how it’s not all glamorous, but how He is good through everything.”

Through the highs and the lows, Aquino finished her time in Mexico City with a better understanding of God’s plan for her life.

“I learned how to fully rely on Him while serving there, and I know now that He wants me to keep pursuing ministry to the Hispanic culture,” she said

Aquino returned to the States for the fall 2019 semester, but she continues to live a life on mission, applying the lessons God taught her in Mexico City on campus at Texas A&M. Upon returning, she started Viva, a new Aggie BSM ministry dedicated to reaching Hispanic students. 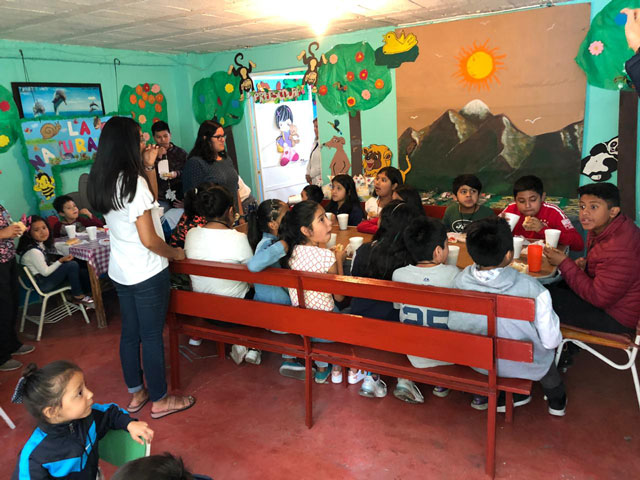 “We call it a faith-based Hispanic community. It isn’t a Bible study but a connection point to and for Hispanic students who have never experienced a community of believers before,” explained Aquino. “Basically, we just start a dialogue each week. The goal is to pick a topic that people wouldn’t think about much and discuss it from our different perspectives."

Viva meets every Tuesday at 7 p.m. in the upstairs classroom of the Aggie BSM building. Attendees participate in the discussion, build one another up with encouragement and share their testimonies. The group also regularly fellowships with food and games.

“It’s so easy to see now that the Lord put it all together. While in Mexico City, I learned a lot about connecting Hispanics to Christianity. Many of them come from Catholic homes where legalism is normal. The trip gave me so much of the knowledge I needed to create a connection point for Hispanics and Christians here on campus,” said Aquino.

As Aquino continues to use the lessons God taught her abroad to reach Hispanics near her home, she asks that the Texas Baptists community would pray for Viva’s growth.

“I believe God will move in this group,” Aquino said. “He has already been so faithful!”