Go Now students use music as ministry over Christmas break 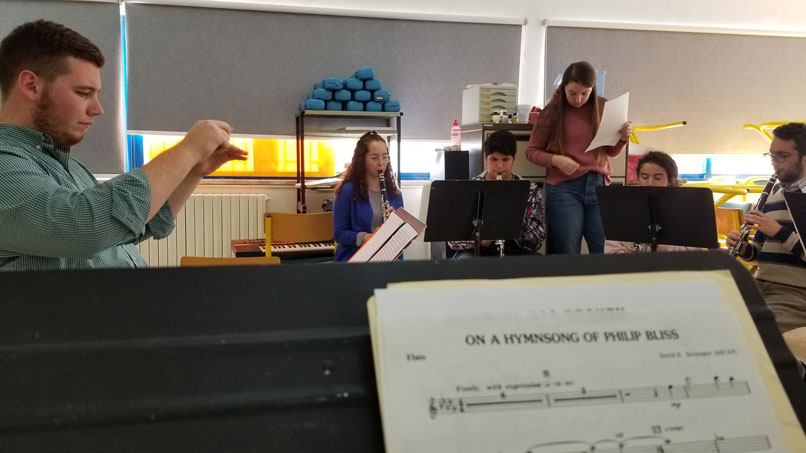 This winter, a group of 13 students from four Texas universities spent their Christmas break on a music and missions journey in the Middle East. Led by Dr. Richard Harris*, BSM director and university professor, these students used their musical talent to connect with a different culture and spread the Good News of Christ.

“A big focus of Baptist Student Ministry (BSM) is to help students integrate their faith with their skills and studies,” said Harris. “So when I saw that we had many students who were outstanding musicians, I knew we needed to somehow use their talents to impact God’s Kingdom.”

With the help of Texas Baptists’ Go Now Missions, a ministry that equips college students to spread the Gospel around the world, this opportunity was made available to musically-inclined students across Texas. Once a group of students had been assembled, the group made plans to travel to the Middle East.

“All of these students were eager and willing to go wherever God would lead them,” said Harris. “We considered going to a refugee camp, a drug rehabilitation center, a different university and many other places. In the end, God clearly opened a door to the Middle East through a connection of mine living there.”

In the Middle East, the group was connected to a school with one of the best music programs for middle school and high school students in the country. Much of their time was spent interacting with these students and teaching them new musical skills and techniques.

The group also shared music with the community by playing free concerts at schools, coffee shops and other venues. 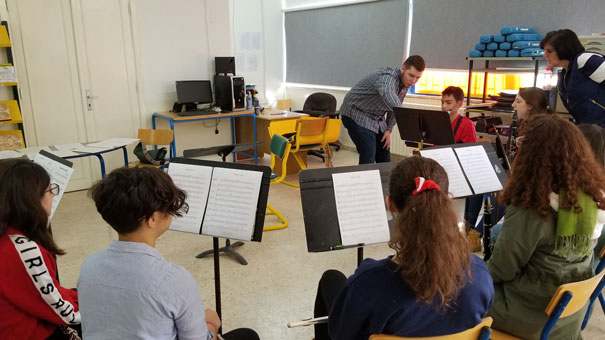 “No matter where we played or taught music, the way was prepared. We met incredible people and built lasting relationships,” said Matt, a student on the trip.

Since the students were traveling during the holidays, they prepared to teach and play many Christmas songs. Not only did this allow the Middle Eastern people to encounter an important part of American culture, but it also created opportunities for conversations about the Gospel.

“We were in a place with several Biblical monuments and locations, many of which the people were familiar with but didn’t necessarily know the significance of to Christian faith,” said Harris. “We wanted to connect the Christmas story and Gospel message to these places of God’s presence and faithfulness through our music.”

The group made these connections by playing a variety of music, not just Christmas pieces. Harris explained that the students had a repertoire of classical, jazz, folk and contemporary pieces to play.

One of the most powerful moments of the trip, many students recalled, was when they played and sang the soulful, simple melody of “How He Loves,” a contemporary worship song.

“[That night] was a little scary at first because I wasn’t sure how the audience would respond to a song that had explicitly Christian lyrics,” said Samantha, another student on the trip. “The response blew me away though. I saw Muslim women and men brought to tears despite the fact that the song was about Christ’s love for us. It showed that music is powerful and can speak more deeply and universally than we know.”

Connecting through music of all kinds led the group to have many meaningful conversations about the Gospel. 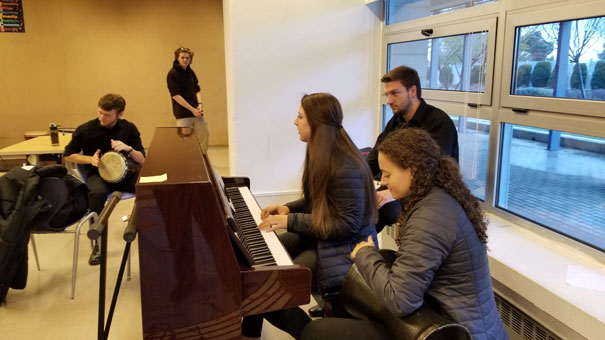 “Not many people realize this, but music is not often used as a form of worship in Islam like it is in Christianity,” explained Harris. “This new concept of music as worship is what led to many organic conversations about faith.”

Often after concerts, people from the community would invite students into their homes to ask more questions about the songs they had heard.

“About a week into the trip, one of my teammates and I got the chance to share about Jesus with a new friend,” said one student, Noah. “He invited us over for tea and coffee, and we talked for hours about God and His characteristics. Then we told him about Jesus. He said he wants to continue learning about the Gospel, and we pray that the Spirit will lead him to God soon.”

Harris saw many seeds planted and lasting friendships built on the trip.

“Thankfully, technology allows us to easily stay in touch with the people we met there,” he said. “It gives students a way to continue answering questions and communicating a desire for their friends to know Christ.”

Harris is passionate about using music as a means for spreading the Gospel and hopes to lead other trips like this one in the future.

“I really believe this type of trip should be explored more,” he said. “Music is such a universal language that touches the soul, and we want students to continue serving others through their passion for music.”

To learn more about Go Now Missions and read other stories about students on mission around the world, click here. To give to support Go Now missionaries, contact the Texas Baptist Missions Foundation at txb.org/tbmf.