Honoring the legacy of Dr. Paul Stripling and Elmin Howell

INDEPENDENCE - Friends and family of Dr. Paul Stripling and Elmin Howell gathered together in Independence, Texas, on June 4 to honor their lives and legacies in Texas Baptists ministry at the 2017 Texas Baptists Legacy Awards. 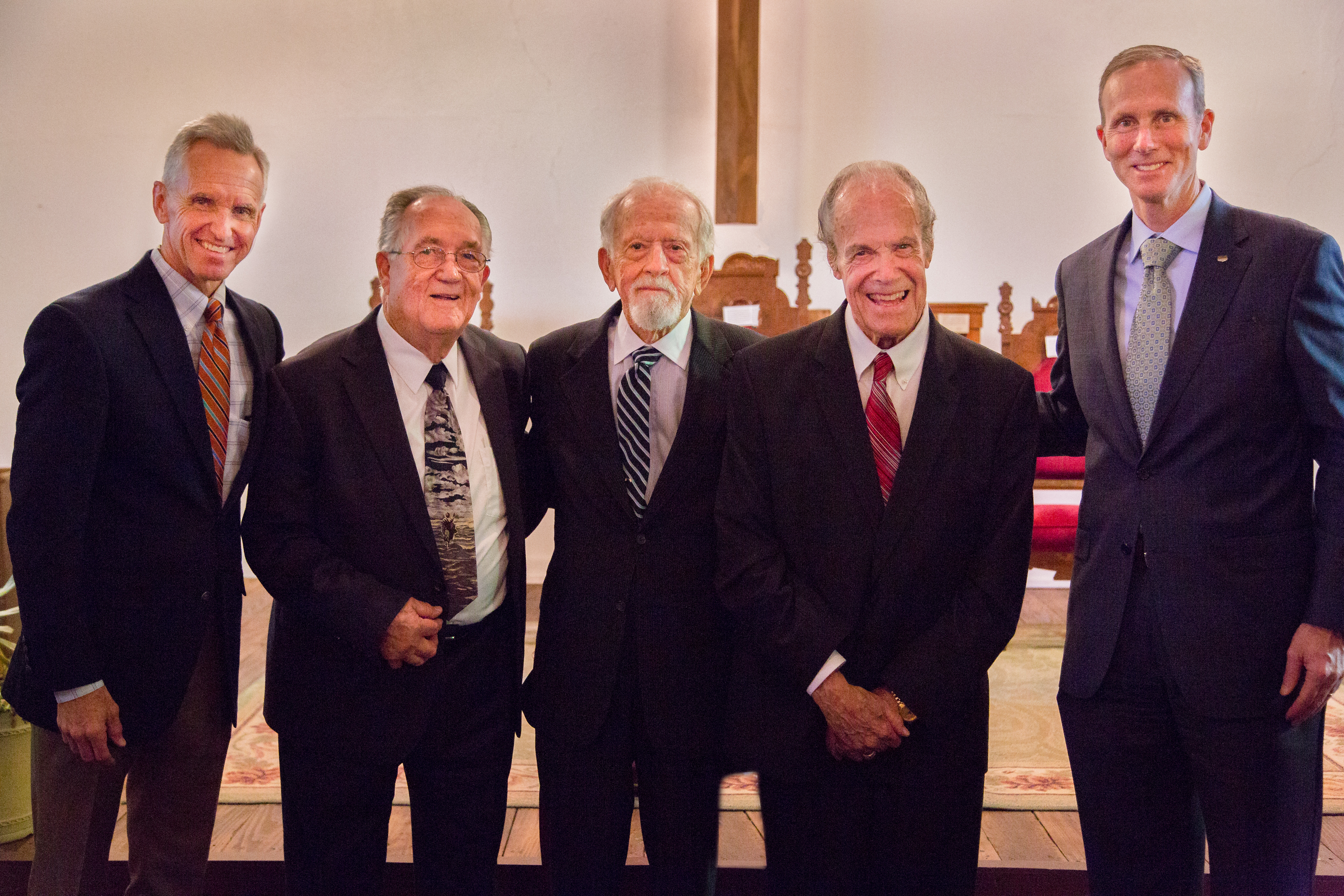 Executive Director David Hardage began the awards ceremony at the historical site of Independence Baptist Church by sharing from Matthew 5:16, setting the stage for the two Legacy Award recipients.

Drawing from the verse, Hardage expressed that it is not our choice to let our light shine, but rather our obligation as Christians. In all the works we do, we are to be noticed by the world. “Our shining is every bit so that people would see through us and to Christ,” said Hardage.

The two winners of this year’s Legacy Award were honored for spending their lives being lights so that others might come to know Jesus Christ.

“I don’t know anyone who has carried the banner of Texas Baptists better than Paul Stripling,” said Still.

Stripling served as executive director emeritus of the Waco Baptist Association for 21 years. He was ordained by his first pastorate, Emmanuel Baptist Church in White Oak, Texas.

Stripling’s faithfulness and obedience in ministry are apparent. Still said, “Of all that might be said, we ought to say that Paul is one captivated by Christ. He has led us to know Jesus.”

Howell also received the Legacy Award on June 4. Howell has a passion for mobilizing God’s people, knowing that the spiritual needs of the world are too great to be met by preachers alone.

In 1968, Howell took a leap of faith to help launch a ministry to meet the needs of the people along both sides of the Texas/Mexico border.

“Elmin came to the River Ministry with an open heart, an honest idea of how to learn what the needs of the people were and the desire to search for those needs. He took this vision and shared it with churches across the state, and they responded,” said Dr. Jerry Johnson, retired director of missions for the Rio Grande Valley.

Texas Baptists River Ministry, which was only supposed to last a few years, has been thriving for the past 50 years largely due to the leadership of Howell.

During his tenure, 670 churches in Texas and in Mexico plus two new Baptist Associations were started on the Mexican side of the border. Six children’s homes and 67 healthcare clinics were established in Mexico. He coordinated the work of more than 10,000 volunteers per year. Howell also developed a volunteer field staff of 45 consultants and about 900 summer missionaries. Many of these became denominational leaders and foreign missionaries.

After retiring, Howell served as president of the board of directors for Mission East Dallas Medical Clinic for three years. Mission East Dallas is a ministry of Shiloh Terrace Baptist Church that has provided healthcare for more than 7,000 patients and at least 400 people have come to faith in Christ through its ministries.

“God has used Elmin in marvelous ways to motivate and see thousands of people come to know the Lord. Needless to say, Elmin captured our hearts along the river,” said Johnson.

When speaking about his time in River Ministry, Howell said, “This started with a leading of the Holy Spirit. It is our prayer that the River Ministry would never be forgotten.”