Partnership in the storm: How the Allen community aided a local church in its time of need

Last spring, an unexpected hail storm swept through the Allen and McKinney areas, leaving many facilities at the Allen campus of Cottonwood Creek Church badly damaged in its wake.

According to Cottonwood Creek’s Senior Pastor John Mark Caton, the damage was so extensive that it resulted in a five-month closure of the church’s education and discipleship facilities.

After assessing the damage in several of the church’s classrooms, leaders wondered how and where members would continue meeting with their Life Groups, adult discipleship classes that meet weekly on Sundays for Bible study and fellowship. 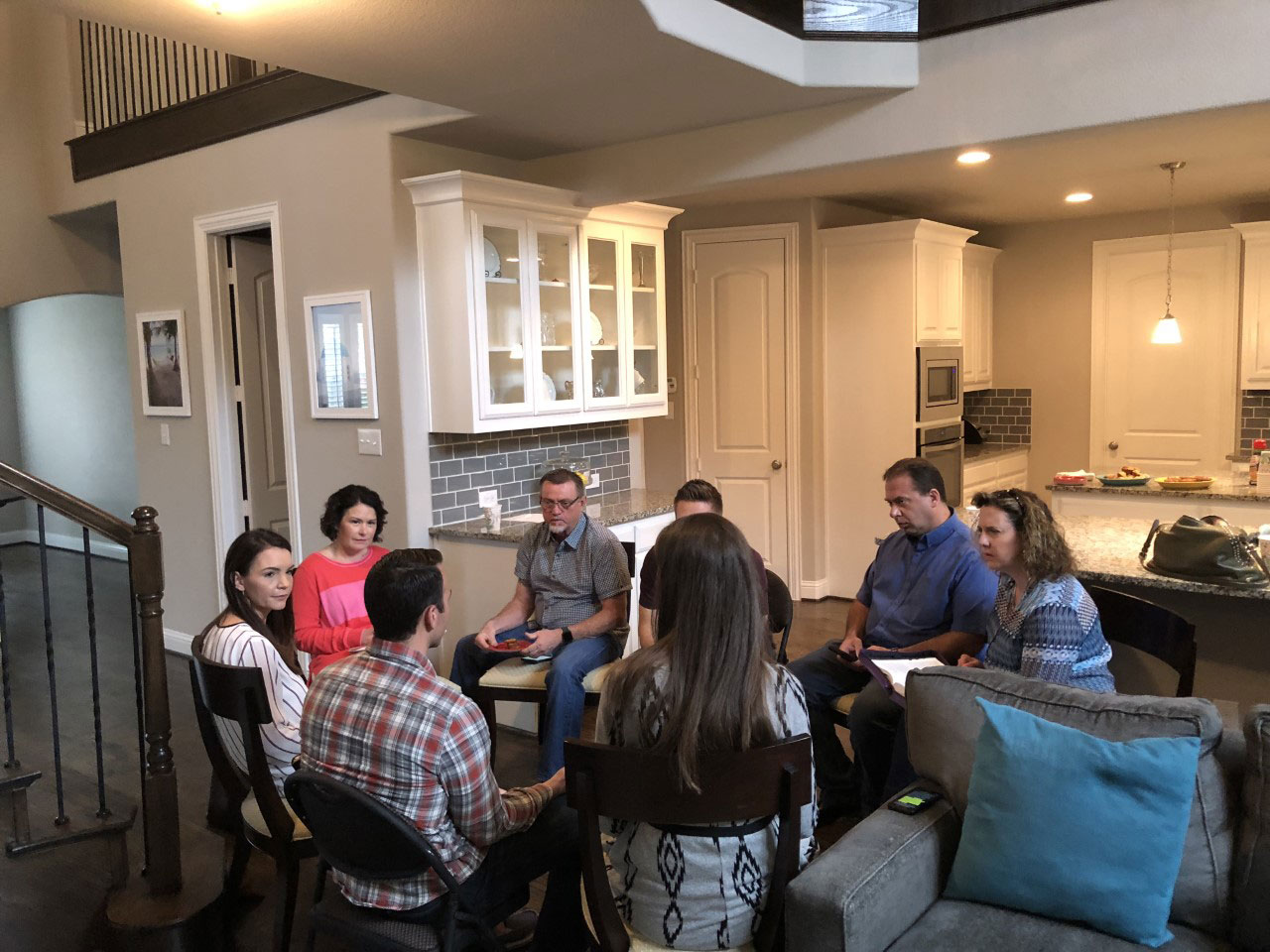 Hal Harbor, a church member and leader of the Powers Life Group, which met at a Chick-fil-A just five minutes north of Cottonwood Creek’s Allen campus, spoke about what this partnership with the community looked like for his group.

“The restaurant operator was named Hank Durbin… Not only did Hank open the restaurant, but he made sure there was coffee and soft drinks available for us. It seemed a little strange at first, but studying God's word is certainly not about the location of the place where you meet but the condition of the hearts that are meeting,” Harbor said.

While Cottonwood Creek’s facilities were under construction, the Powers Life Group and many others met weekly off-campus for a period of about three months. Cottonwood Creek’s continued involvement in the community was part of why businesses so quickly and faithfully responded in its time of need.

“We have worked with Cottonwood for a number of years, filling multiple orders for their Vacation Bible Schools (VBS) and other events,” said Jeremy Smith, manager of the Chick-fil-A branch where Harbor’s Life Group met. “They are great to work with. So when we heard they needed help, our operator took it upon himself to reach out and open our facilities.”

Cottonwood Creek is dedicated to being on mission, particularly in the local community. It offers a variety of church-wide local missions opportunities including “Go Local Month” every March, where Life Groups serve together in the community, and “Fun with the Son” every August, a community-outreach festival in McKinney that provides free medical exams, haircuts and school supplies to families in need.

Cottonwood Creek’s Fall Festival is another free community-outreach event held annually in October. At this event, thousands of families gather to celebrate the season with games, inflatables, food trucks and more.

In addition, the Go Local page of Cottonwood Creek’s website connects members with over 50 nonprofits and service opportunities across the DFW metroplex.

“As much as Cottonwood has done for the community in Allen, Texas, the community was ready to help and give back,” said Cottonwood Creek member Eric Hernandez, who also serves as Apologetics Lead and Millennial specialist with Texas Baptists’ Great Commission Team.

It did not take long for members of Cottonwood Creek to see that God could use this unfortunate disaster for good.

Several weeks after the hail storm, Powers Life Group members noticed cars attempting to pull through the Chick-fil-A drive-through window. While they had to explain that the restaurant was not officially open for business, they also welcomed these members of the community inside to grab a drink and join their lesson.

Another Life Group, called First Responders, met at a Chick-fil-A further north and saw God work in different ways. As a new Life Group that had only been meeting for a few weeks before the hail storm, First Responders did not have a teacher and was being led by an executive pastor who was unable to meet with the group off-campus.

“Many of our members volunteered to lead a lesson or share their testimony while we were meeting at Chick-fil-A,” said one First Responder leader, Joe Ellenburg. “I really believe that meeting there allowed us to bond more quickly than we could have on campus.”

Life Groups were not the only Cottonwood Creek ministry affected by the storm. The church’s annual VBS also needed to be held at a secondary location, and Jenny Preston Elementary in Allen Independent School District offered its facilities for this purpose.

Church leadership and members went to the neighborhood where the school was located and knocked on doors, inviting people from the community to participate in the week-long program. 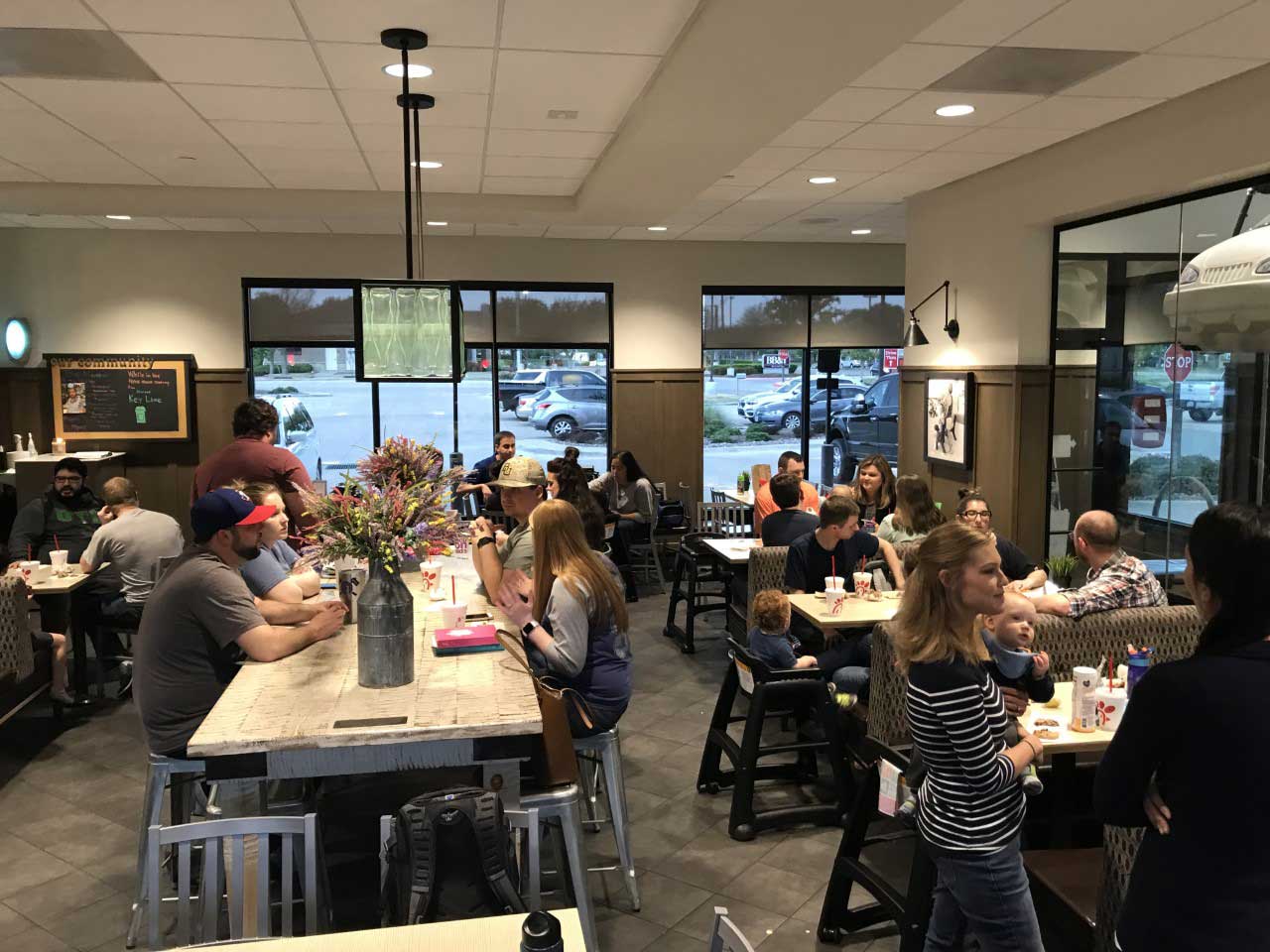 Cottonwood Creek Children’s Pastor David Marsh recalled that this canvassing resulted in one woman being led to Christ after she enrolled her children in the program. She came from a Mormon background and had been seeking answers for many years. God brought them to her through Cottonwood Creek. Now, she attends church services and has found a community of believers to help her grow stronger in her faith.

“So many opportunities were made available through that storm,” said Marsh. “As one door closed, God opened another.”

More than 140 decisions were made for Christ at Cottonwood Creek’s VBS held at the elementary school. In addition, 60 children expressed interest in baptism and 80 participating families indicated that they did not have home churches, which gave Cottonwood Creek the opportunity to invite them to its services.

“We are blessed to serve in this community and, in this case, to be served by the community," said Caton.

Because of a storm and the generosity of the community, Cottonwood Creek was better able to reach others for Christ. Texas Baptist churches are developing strong bonds with the communities they serve and spreading Christ’s love beyond their walls.