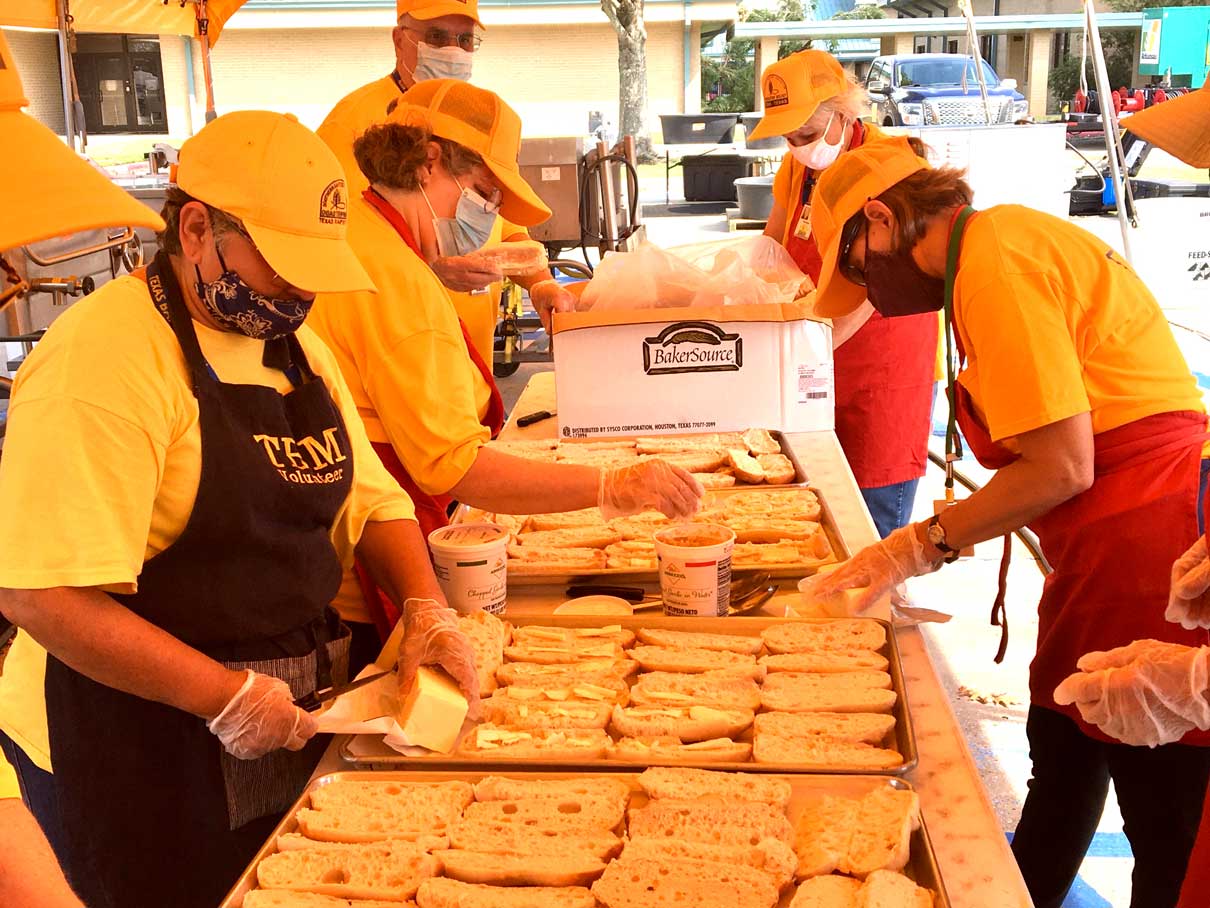 TBM chainsaw, mud out and feeding volunteers are meeting needs after Hurricane Delta blew through Louisiana on Oct. 10.

Forty-three days after Hurricane Laura made landfall in Louisiana, Delta struck 13 miles away with wind gusts up to 101 mph and knocked out power to over 800,000 people in Texas, Louisiana and Mississippi.

In response, TBM deployed the State Feeding Unit to Lake Charles, Louisiana, where volunteers were spread across the area working with other teams to provide hot, nutritious meals for those affected by the storm as well as those responding to it.

Shortly after, TBM dispatched the Collin County Chainsaw and Mud Out teams, an Incident Management Team, and a feeding team from Alvin to Jennings, Louisiana, where they are clearing trees and cleaning out rain-soaked homes.

“In about six weeks, much of Louisiana has been hit twice by significant hurricanes,” said David Wells, interim director of TBM Disaster Relief. “Driving down the highway near Lake Charles, every house was tarped. It wasn’t spotty. It was everywhere. Now, many of those tarps have blown off and rain has entered the homes. They experienced damage from Laura, then Delta ripped off the bandage and poured salt into the wound. They’re grateful we’re there. They’re thankful we’re there to help.” 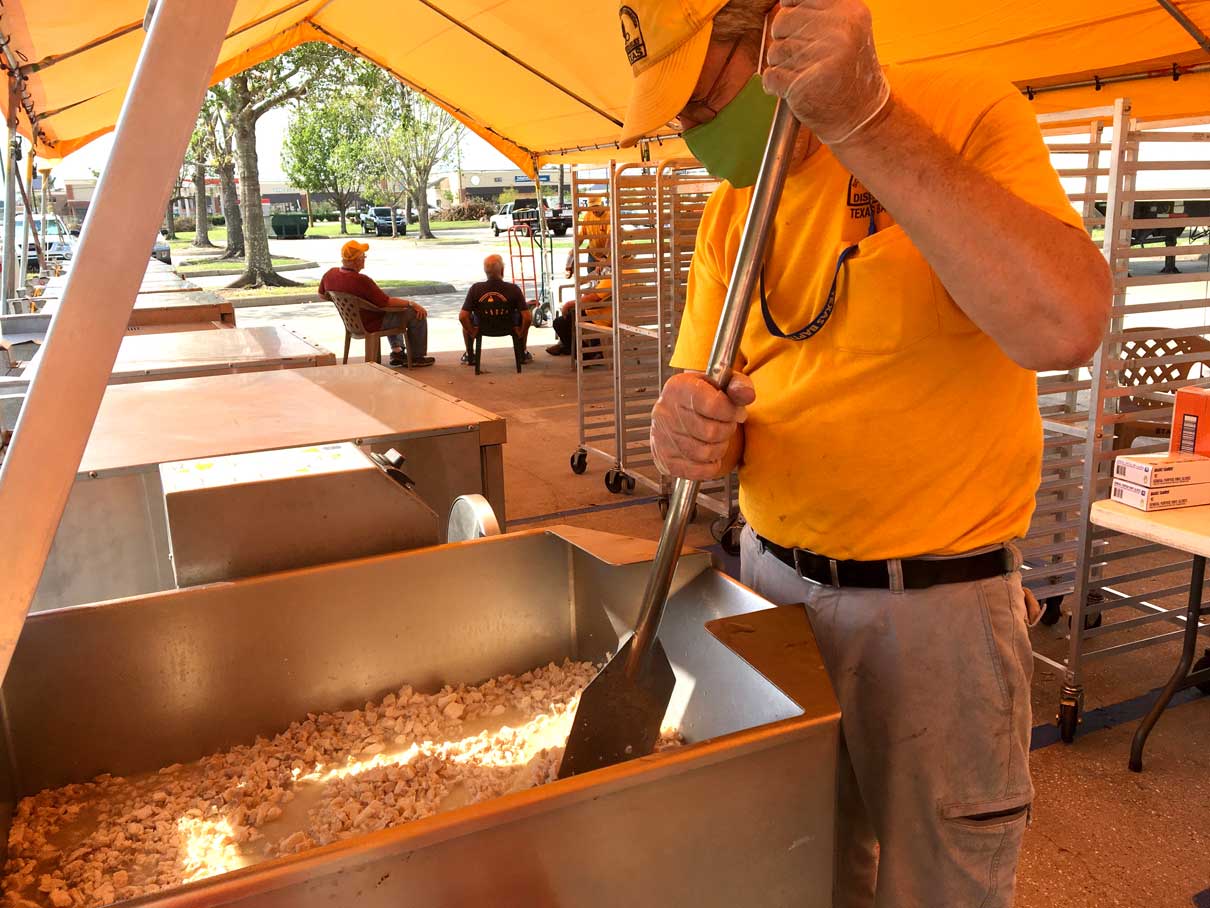 Wells asked for prayer for people affected by the storm as well as those responding. “We want to connect with people in the name of Christ. We want to make sure they are connected to others. We want to see everyone recover.”

Delta is the record-breaking tenth named storm to strike the United States in one year, passing the mark set in 1916. Earlier this year, TBM also served after Hurricane Hanna and Hurricane Laura. Each of those service efforts lasted longer than a month.

Some people have served multiple weeks this year and are serving again. Others are fresh off the new TBM online disaster relief training, and deployment after Delta is their first opportunity to minister through TBM after a disaster.

“Our volunteers’ attitude is simple: ‘We can rest later on,’” Wells said. “Right now, these people are hurting. It doesn’t matter if it’s one storm or many storms, we want to deliver help, hope and healing.”

To support the ministry of TBM, you can give online or send checks to Texas Baptist Men, 5351 Catron Drive, Dallas, Texas 75227.