by Texas Baptists Communications on November 20, 2019 in News 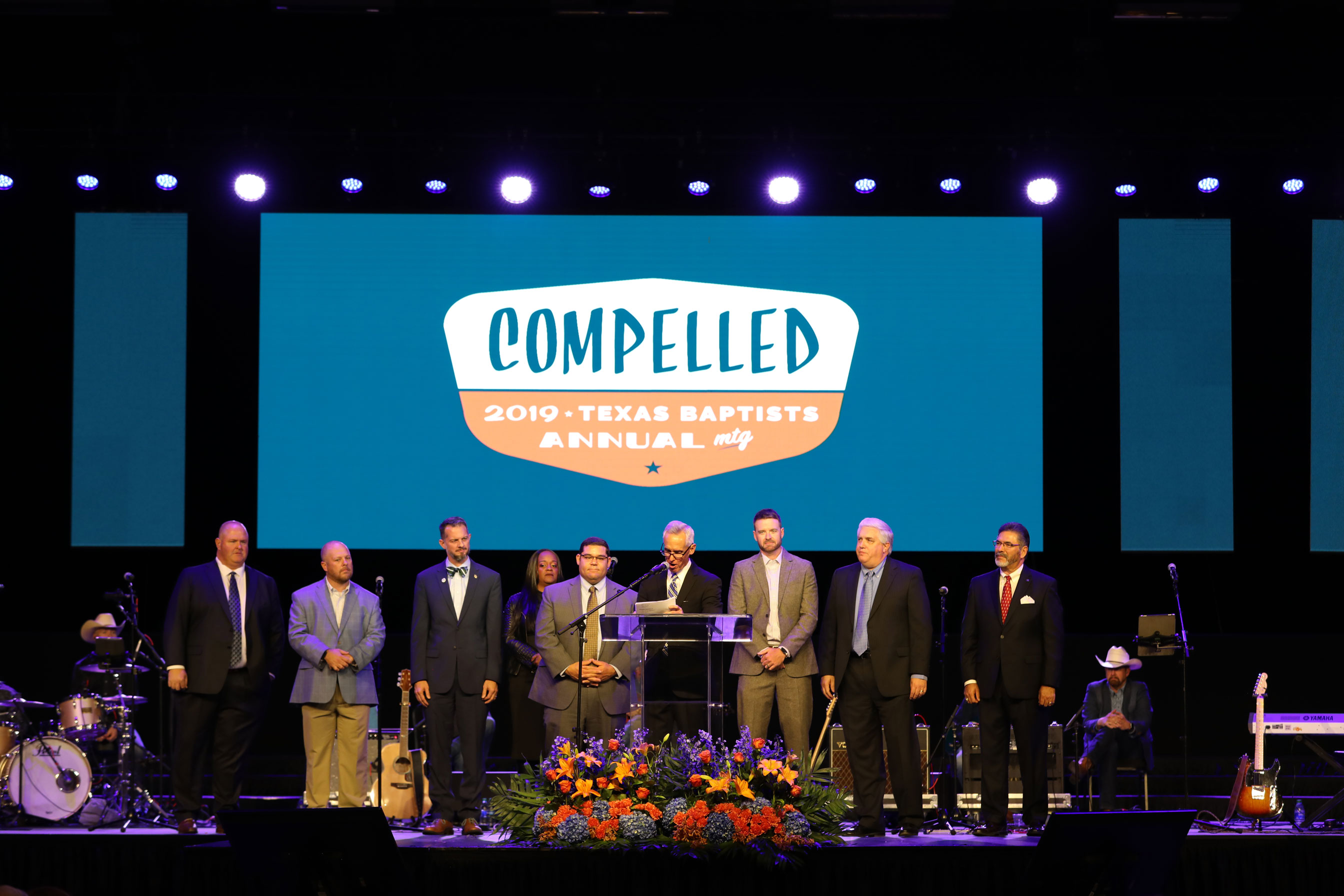 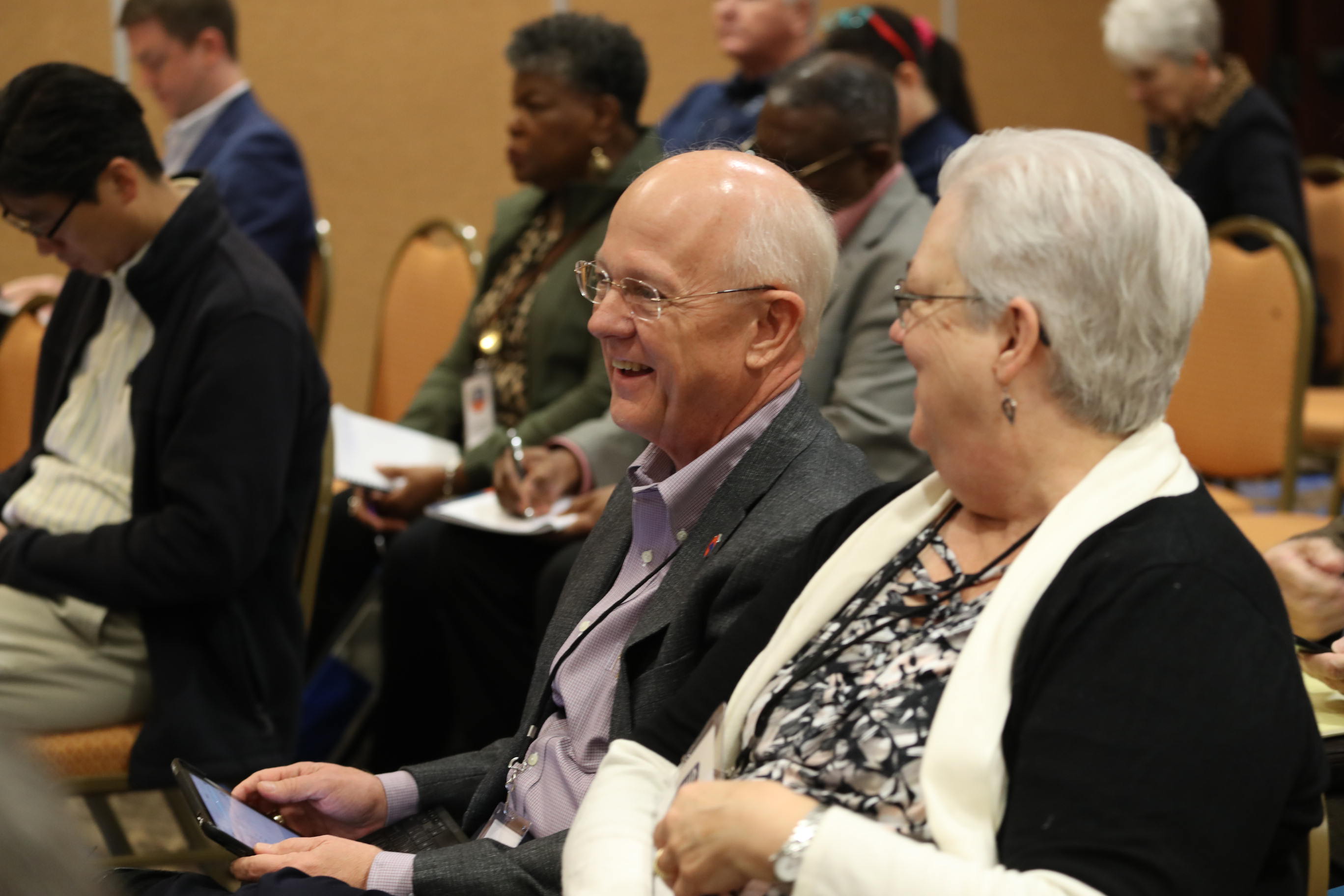 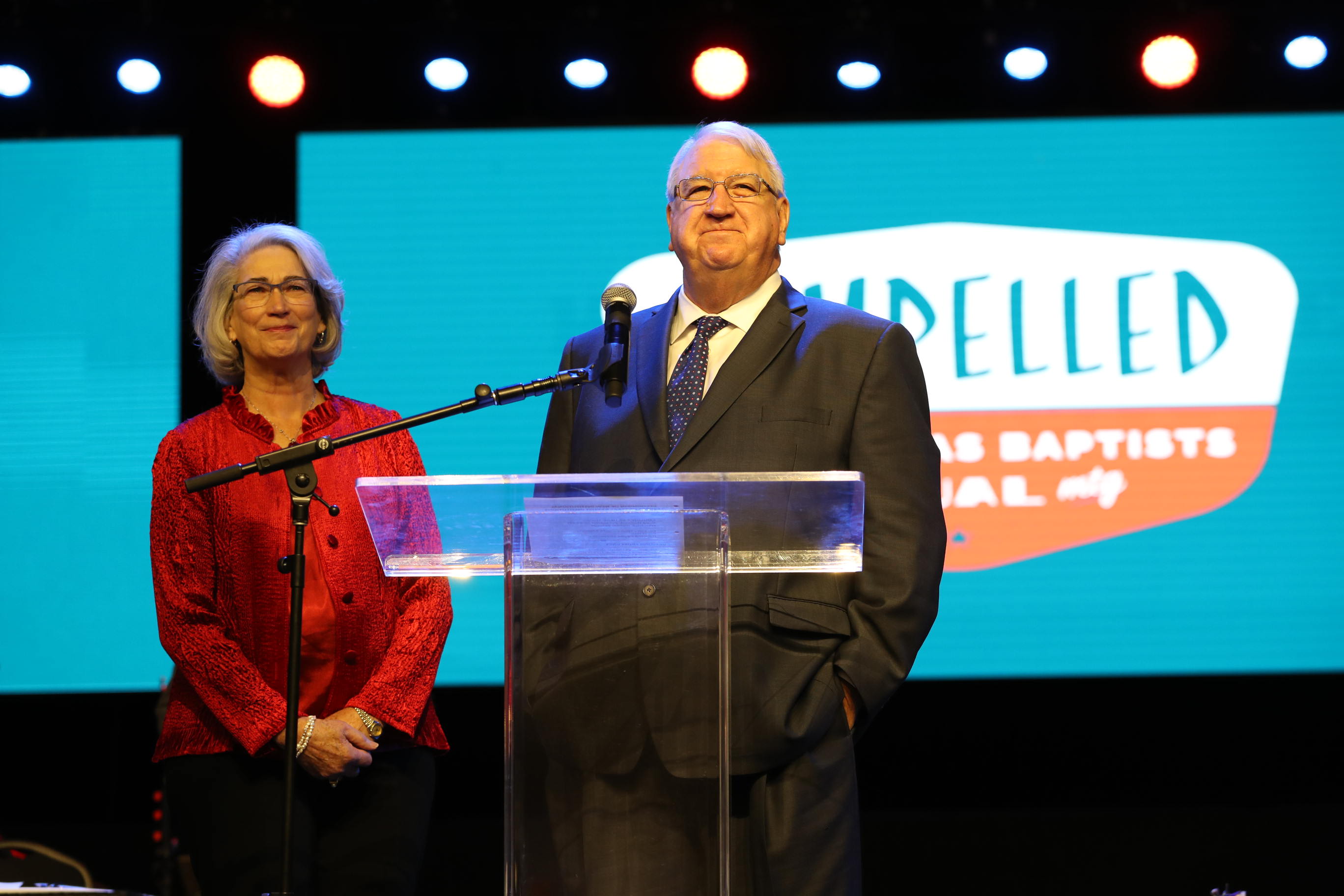 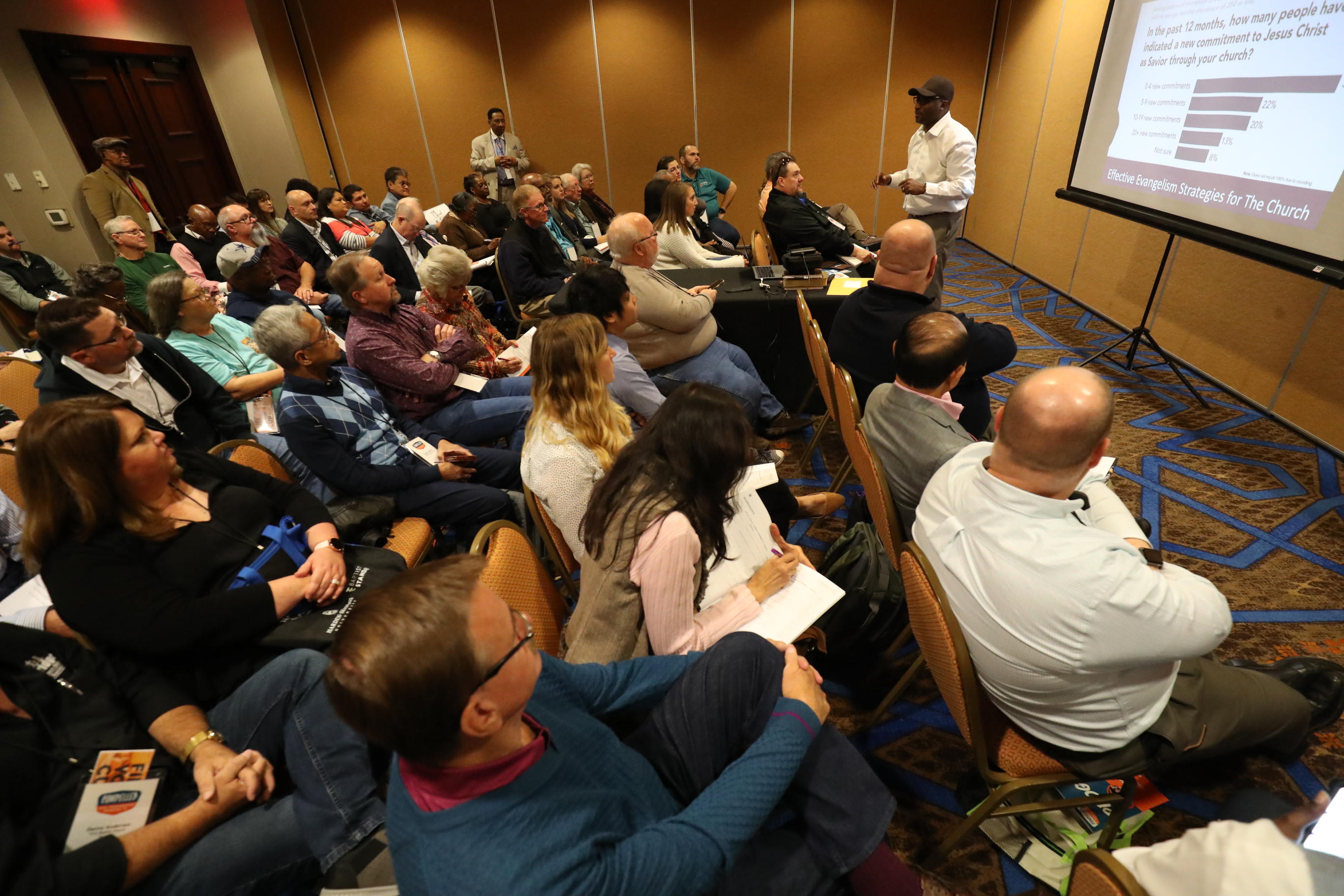 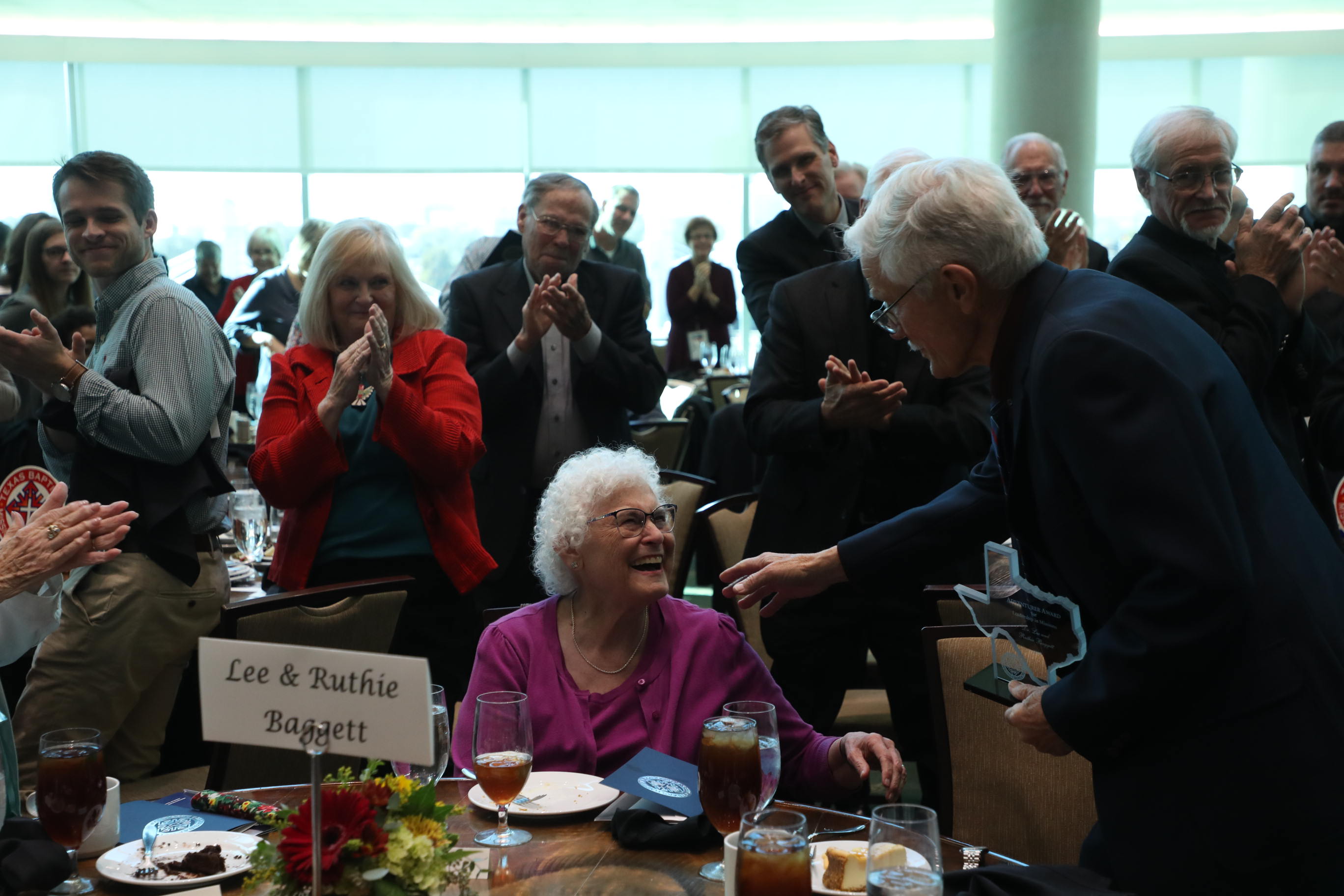 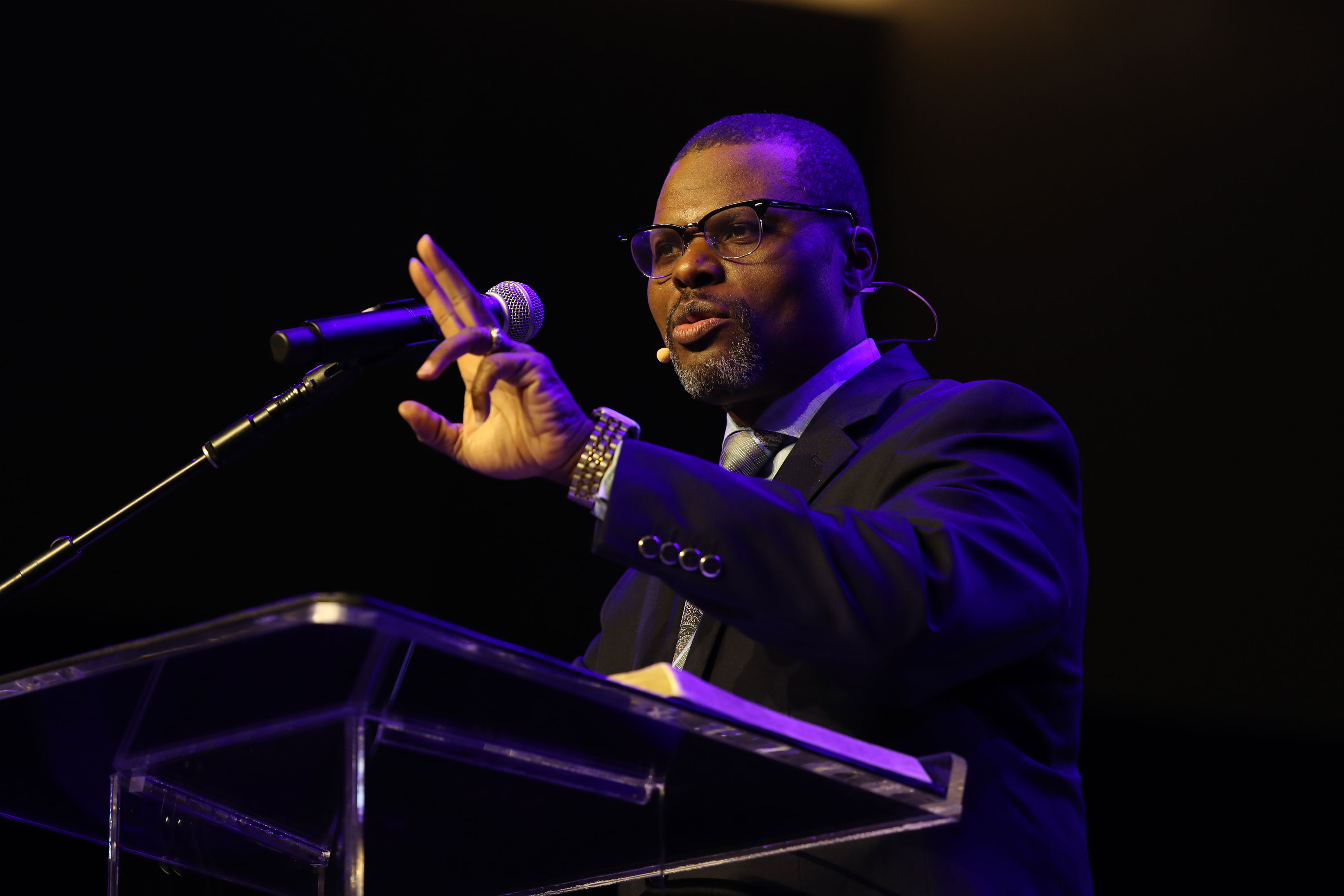 WACO—More than 2,000 participants in-person and online witnessed the launch of Faith Fosters Texas at the 2019 Texas Baptists Annual Meeting Nov. 17-19. The new initiative, which aims to impact the child welfare crisis in Texas by mobilizing churches to care for vulnerable children and families, was formally launched during the Monday evening session of the 134th annual gathering held in Waco.

Led by David Ummel, head of church and network relations for Faith Fosters Texas at Buckner International, the collaborative effort involving multiple Baptist entities seeks to educate and equip the church to fulfill the biblical mandate of caring for vulnerable children and families, engage churches to embrace and support children in foster care and leverage resources to make a positive macro-impact on foster care.

Messengers approved a $35.1 million budget for 2020 Texas Baptists Cooperative Program giving and $1,150,000 for Texas World Missions Initiative and Partnerships. Messengers also approved the adoption of the recommendation to approve the change to the Relationship Agreement between the Baptist Church Loan Corporation and the BGCT.

Janice Trujillo, a messenger from Second Baptist Church in Corpus Christi presented a motion for the Executive Board and Texas Baptists River Ministry to study the creation of a “Texas Churches Care” day and a special offering to support border ministry. The motion was approved and passed on for study.

Four resolutions were approved by messengers, including a resolution expressing gratitude to Steve Vernon, associate executive director, and Jill Larsen, former CFO/treasurer, for more than a decade of service in leadership roles; and a resolution on helping vulnerable children in Texas and encouraging churches to engage in the Faith Fosters Texas initiative.

On Tuesday morning, David Hardage, Texas Baptists executive director, recognized Vernon, and his wife Donna, for 11 years of faithful service to Texas Baptists. Vernon will retire on January 2 and be followed by Craig Christina, former pastor of Shiloh Terrace Baptist Church in Dallas. Hardage also honored Daniel Rangel, director of River Ministry and Mexico missions, who passed away eight days before the meeting.

On Monday evening, Texas Baptist Student Ministry (BSM) celebrated 100 years of reaching students for Christ. Mark Jones, director of Collegiate Ministry, shared about the advancement of the Gospel on college campuses across the state and the hundreds of thousands of lives who were impacted.

Sermons and workshops point to sharing the Gospel and proclaiming Jesus

During the President’s Address, Evans preached that the banquet table of Christ is for everyone and Texas Baptists are compelled to invite others to join the feast, drawing from Luke 14:16-24.

Duane Brooks, pastor of Tallowood Baptist Church in Houston, preached the Monday evening sermon, encouraging fellow pastors to proclaim Jesus. Drawing from Colossians 1:24-29, Brooks said, “We get a chance to lead people not only into a relationship with Jesus but also to grow them up so they mysteriously somehow match the head of the church who is Jesus Christ.”

During the closing worship session on Tuesday morning, Victor Rodriguez, Texas Baptists’ Hispanic evangelism associate and discipleship specialist, preached on Psalm 126:1-3. He reflected on the Judeans’ return to the land of Judah after their time in Babylonian captivity.

“As they reflected about how God had blessed them, they stopped to rejoice and expressed their gratitude unto God,” Rodriguez said. “It is good to stop and marvel and just reflect on how God has blessed Texas Baptists through these many, many years.”

Twenty-four workshops were offered during the three-day event, many with a focus on evangelism and discipleship strategies for church leaders. Bryant Lee, pastor of Higher Expectations Church in Humble, discussed why evangelism should be a central focus of each church. Don Guthrie, retired pastor of First Baptist Church of San Antonio, outlined a church-wide discipleship program that aligned all Bible studies, small groups and worship services around a set verse every week. Another workshop led by Clayton Bullion, BSM director at Tarleton State University, emphasized the importance of discipling new believers.

Dynamic worship sessions were led by the combined six chapters of the Singing Men of Texas and Dan Baker, minister of music for First Baptist Church in Amarillo; the Texas Country Boys; and Jared Billups and Highland Music, the worship ministry of Highland Baptist Church in Waco.