Aid for Beirut: caring for our Texas Baptists family overseas

Texas Baptists has partnered with Health Outreach to the Middle East (HOME) to provide relief for Lebanese citizens affected by the August 4 explosion in Beirut. HOME is a Christian organization that hosts medical clinics across the Middle East, including one in Lebanon. Dr. Issam Raad, president of HOME, also serves as a Texas Baptist pastor at the Arabic Church of Houston and as the Department Chair for Infectious Diseases at M.D. Anderson. Gifts given through Texas Baptists will go directly to support the work HOME is providing on the ground to those impacted by the disaster. 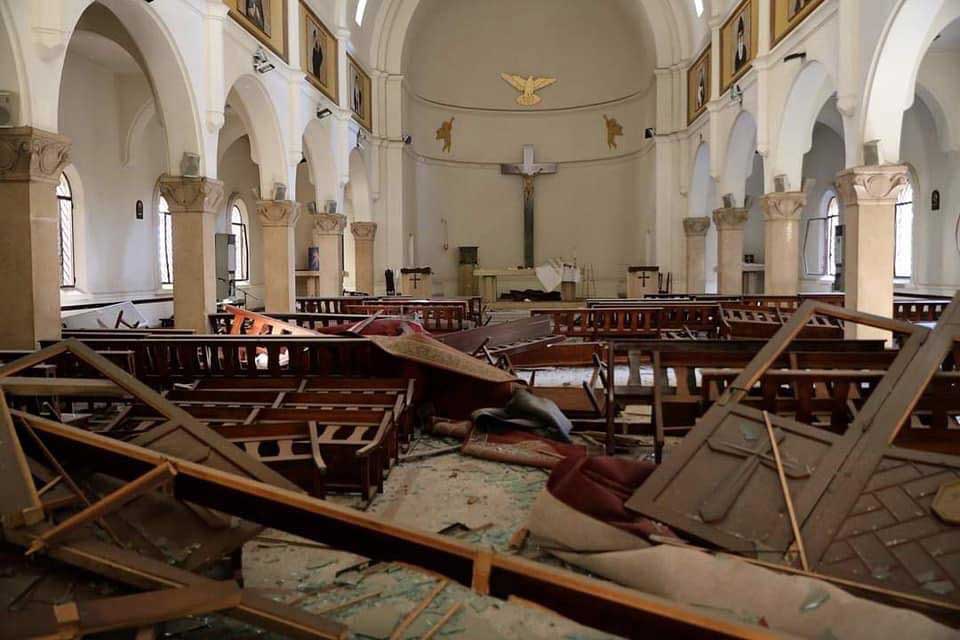 On August 4, an explosion at the port in Beirut caused widespread devastation in the city, killing more than 200 people and injuring thousands. In addition to that, it is estimated that hundreds of thousands of Beirut citizens have had their homes destroyed or badly damaged by the explosion. The explosion was heard as far away as Cyprus, about 125 miles away.

The HOME clinic, which is located in a suburb outside Beirut, has continued to provide support to the city despite damages and injuries within its walls. Raad explained that following the explosion, the doctors took to the streets, bandaging the injured and suturing wounds.

In the aftermath, HOME has a mobile clinic driving around the city and handing out supplies. They are also setting up tents on the streets for those who have been displaced and handing out bags of first aid, canned goods and Bibles.

HOME is working to relieve the pressure off the hospitals and show God’s love and light in a hurting city. In addition to providing financial support, Raad asked that Texas Baptists churches pray for HOME. Their clinic was badly damaged in the explosion, and Dr. Riad Sarkis, founding president of HOME Lebanon, sustained multiple injuries, though he is now back at work, helping others. He also asks for prayers for Lebanon as they are dealing with COVID, food shortages and political instability.

In addition to this disaster, Lebanon is also struggling to contain COVID-19 outbreaks. Doctors worry that the disaster will hasten the spread of the virus as citizens gathered in large groups following the explosion. Hospitals, already overrun with COVID patients, have little to no space to treat those injured severely. Furthermore, one of the largest hospitals in Beirut was made uninhabitable by the explosion.

Mark Heavener, Intercultural Ministries strategist at Texas Baptists, has been connected with Raad for many years. Heavener explained that the devastation in Beirut is comparable to an explosion going off in downtown Houston and damaging buildings in all nine counties of the metroplex.

Heavener explained that having a rich and diverse intercultural community in Texas Baptists allows the convention to respond with swiftness and wisdom when disasters occur.

“[The partnership with HOME] is a real picture of the breadth of the ministry of Texas Baptists intercultural churches. The resources of our intercultural churches touch not just their communities but the world,” Heavener explained. “When there’s a crisis somewhere in the world we can act immediately because our churches have someone already on the ground.”

Patty Lane, director of Intercultural Ministries, agreed. She explained that, because of the diversity within the convention, it is important that Texas Baptists respond to disasters such as the one in Beirut. Many of the Lebanese in Texas Baptists churches have had loved ones injured or affected by the explosion.

“Texas Baptists is a big, diverse family, we have Lebanese people in our Arabic-speaking churches. We need to pull together for these church members. We as TXB should come alongside them as they’re reaching out to their family and their country. We should support them.”

To donate to HOME through Texas Baptists, click here.