DBU students serve throughout the World during spring break

by Guest Author on April 5, 2017 in Great Commandment 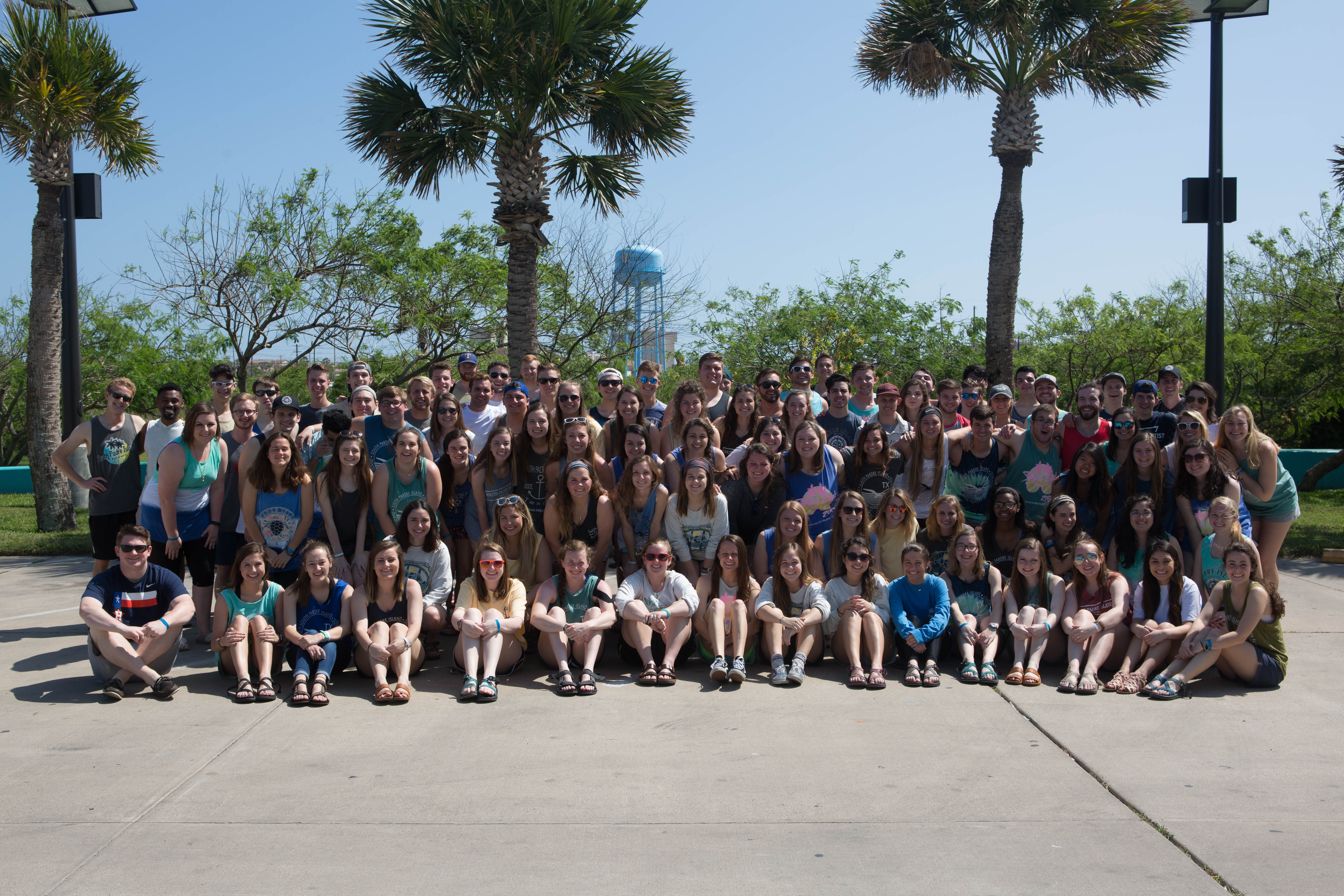 For the fourth year in a row, a group of 21 students headed to Washington, D.C. with the Gary Cook School of Leadership to explore the legacy of leadership as observed in the lives of the nation’s Founding Fathers. They toured historic sites, such as the Lincoln Memorial, the National Cathedral, Williamsburg, Mount Vernon and many more, stopping at each location to reflect on the men and women who helped build our country. The students also examined the founders’ leadership models and how they can apply them to their own lives.

“This trip is a great experience for students because it expands their view of the world and challenges them to seek God's calling in a new way,” said David Cook, director of the Master of Arts in Leadership program. “As we hear from leaders in politics, law, the military and nonprofit organizations, our students get a sense of how God can use people across a wide spectrum of vocations for His glory.”

Others traveled to New York City as a part of a course led by Dr. Jennifer Calhoun, DBU assistant professor of management. During their stay in the “Big Apple,” the students experienced aspects of business law everywhere they went. Two highlights of the trip were a visit to the 9/11 Memorial and Museum and a lecture from a former floor trader on the New York Stock Exchange, which included a tour of Wall Street. The group also saw many of the classic New York attractions such as the Statue of Liberty and Central Park.

Another group of students traveled to Korea, visiting Seoul and Suwon along with Dr. Jinsop Park, Professor of Finance, to explore similar themes on a global scale. They spent time touring the Korea Stock Exchange, the Korea Financial Supervisory Service, the Royal Palace, the demilitarized zone and much more.

The DBU University Chorale, under the direction of Dr. Stephen Holcomb, director of Choral Studies, spent the week touring the cities and countryside of Italy and singing in several churches along the way. Highlights of the tour included planned performances at St. Mark’s Basilica in Venice, Evangelical Baptist Church in Florence, Rome Baptist Church in the City of Rome, and services in St. Peter’s Basilica at the Vatican.

Additionally, the Chorale presented several meaningful concert moments by singing impromptu in other cathedrals and public forums throughout the tour. Wherever the Chorale performed, people responded, saying they were touched by the heart-felt music and the sense of God’s presence in their midst, often asking more about the choir and where they were from. The Chorale students and sponsors remarked that they themselves were blessed by the opportunity to sing and share the light of Christ through beautiful music with the warm and hospitable people of Italy.

The DBU Lady Patriots Volleyball team travelled to Chile as a part of the DBU Global Sports Mission Initiative. They arrived in La Serena and partnered with the local Amazing Grace School, holding volleyball clinics for the students and teaching English classes. Many members of the team also had opportunities to share their personal testimonies. In addition to their work at Amazing Grace, the team played competitive games against two local La Serena colleges.

“It was such an honor to serve with the Volleyball team in La Serena,” shared Chris Holloway, director of Global Missions. “It is always amazing to see how God uses different talents to share His word. This week, the girls got to use volleyball as their platform to share Christ, and I know the lives of both Amazing Grace students and DBU students were changed. We look forward to continued partnership with them in the future!” 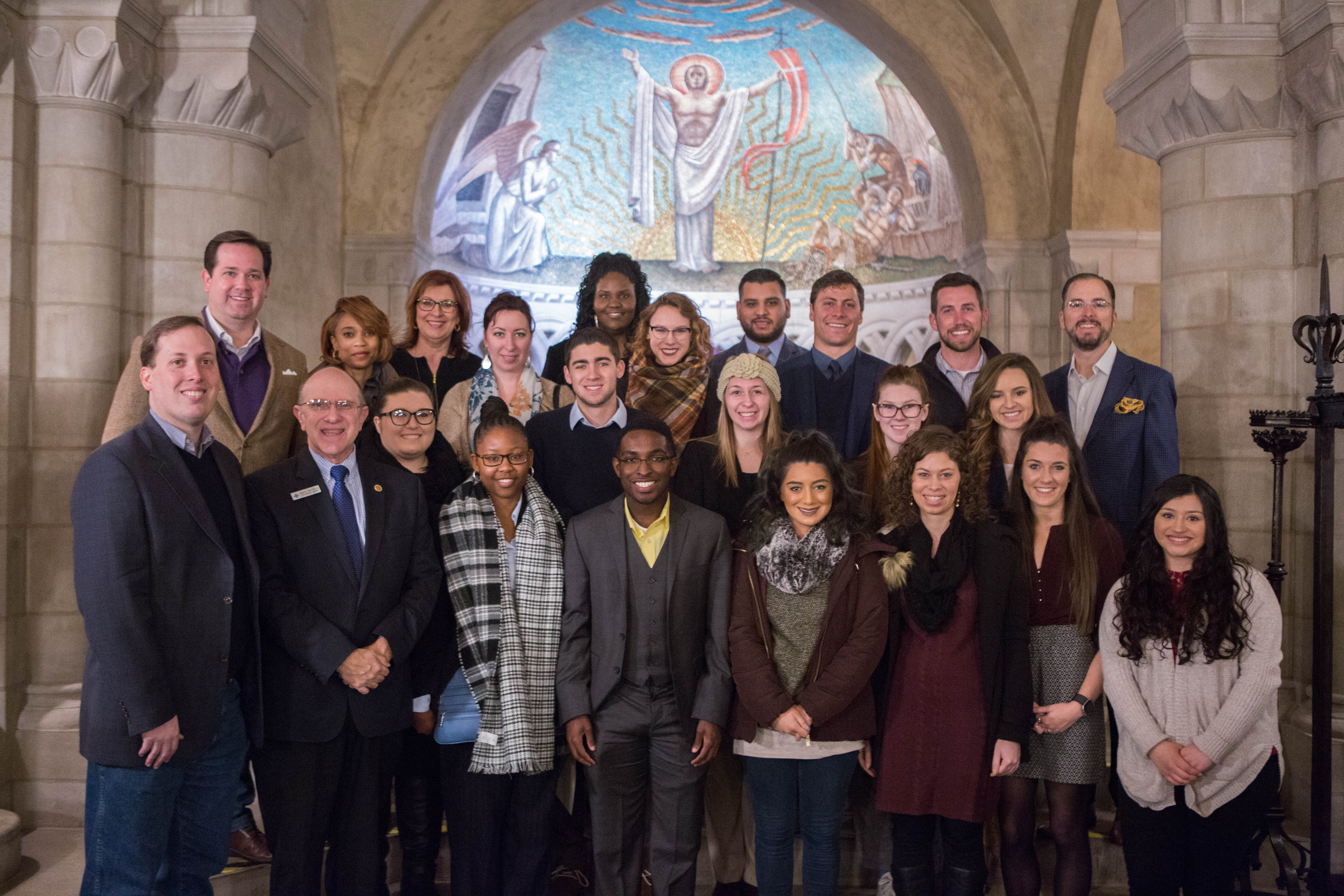 DBU’s Global Sports Mission Initiative began in 2007 and provides athletes the opportunity to travel overseas on mission trips, allowing them to utilize their athletic skills in order to serve others.

Back in the States, another group of 13 students took part in the 29th annual DBU Spring Break Habitat for Humanity trip.  This year, the group headed to Palm Bay City, Florida, and helped to construct a home for a local family.

“This team fulfilled the calling to be the hands and feet of the Kingdom,” explained Jacob Winslager, DBU director of Student Life. “It is always special to see the community built among the students who sacrifice their Spring Break to serve a family in need of a home.”

In Texas, some 98 students spent their Spring Breaks providing safe rides and warm meals for students from other schools during the annual Beach Reach at South Padre Island. The trip, which is part of the larger Beach Reach initiative by Texas Baptists, is an annual tradition at DBU.

“Beach Reach is such a unique ministry that we love being a part of each year,” said Matt Keefe, director of the Baptist Student Ministry at DBU.  “It is incredible to see the gospel both verbally shared, as well as lived out by our students, who, by meeting the physical needs of food and transportation, open doors to share the love of Christ.”

“We seek to challenge our students to serve globally and locally,” explained DBU President Dr. Adam C. Wright.  “We are all becoming something, and we ask our students often who they are becoming. Our hope is that our students are growing in their commitment to become the servant leaders the Lord has prepared them to be.”