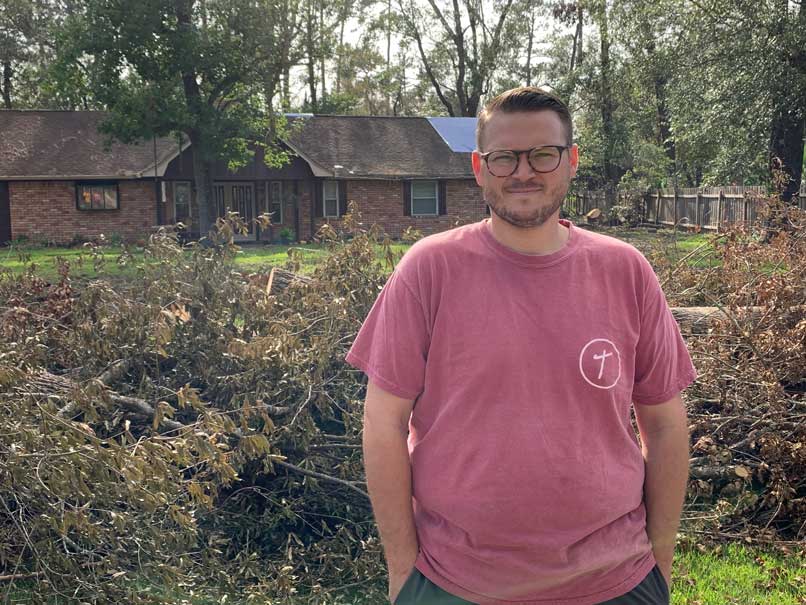 ORANGE–Ryan Chandler has a long road ahead of him. He may have been more than 300 miles away when Hurricane Laura hit, but he sees its impact daily. The pastor of Trinity Baptist Church in Orange does not even have to leave his own house.

The storm toppled trees around his house, including one that punctured his roof. He does not have electricity and his ceiling leaks.

“It hurts you emotionally,” he said. “We cried a little bit, but we realized how fortunate we were. It could have been much worse.”

The first wave of help came when area residents returned to their homes after mandatory evacuations. Among them was a church member and TBM volunteer, Rocky Mize. He rallied a few other TBM volunteers, they grabbed their chainsaws and went to work. One of their first stops was their pastor’s house.

Though Texas did not take the brunt of the hurricane's force, deep Southeast Texas has been affected significantly. Electricity remains out in many places. Fuel is scarce. Some cities still do not have clean water to drink. People are searching for help.

“As we drive around, Orange is littered with trees all over the place,” Chandler said. “It’s amazing that had they fallen five feet this way or another way, it could have been much, much worse.” 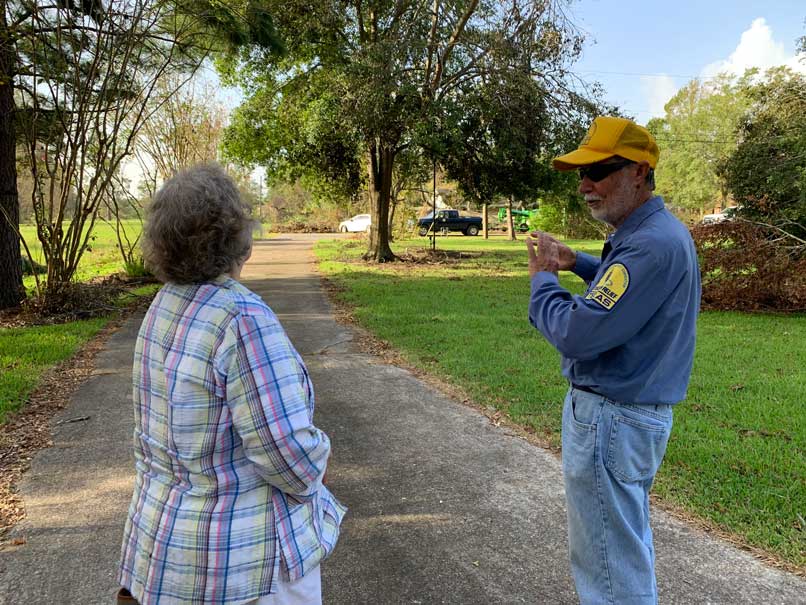 Four TBM chainsaw teams, four assessor teams, a feeding team, a shower/laundry team, an incident management team and chaplains are serving in and around Orange.

“The days ahead will be challenging,” TBM Chief Executive Officer Mickey Lenamon said. “But these are the kinds of days in which God calls TBM to serve. Volunteers will lift spirits as they lift limbs. They will help people do what they could not do on their own. And at each house, God will work in small moments to transform lives.”

The need is so great, TBM is opening an additional site at East Texas Baptist in Newton County that will allow teams to serve a wider area.

“We have a month’s work here,” TBM Interim Director of Disaster Relief David Wells said. “After a few days, we have 265 work orders just in Orange. That typically doesn’t happen until later in this process. TBM volunteers are working hard. Their spirit is strong, and they’re ready to serve the Lord.”

In the past few hours, parts of Orange are now running again, even if powered by generators. Grocery stores are opening. Progress is being made.

At Chandler’s house, the pastor is thankful for all the help. TBM teams are helping his church members as well as helping him connect with people in the community. Those meetings lay the groundwork for future outreach. By first meeting needs, people across the region are more receptive to hearing the gospel.

"Our main purpose is not just to come cut the trees," Mize told a radio station recently. "We come to share the message of Jesus with people. We come to offer help and healing."