by Kirsten McKimmey on June 21, 2018 in Press Releases 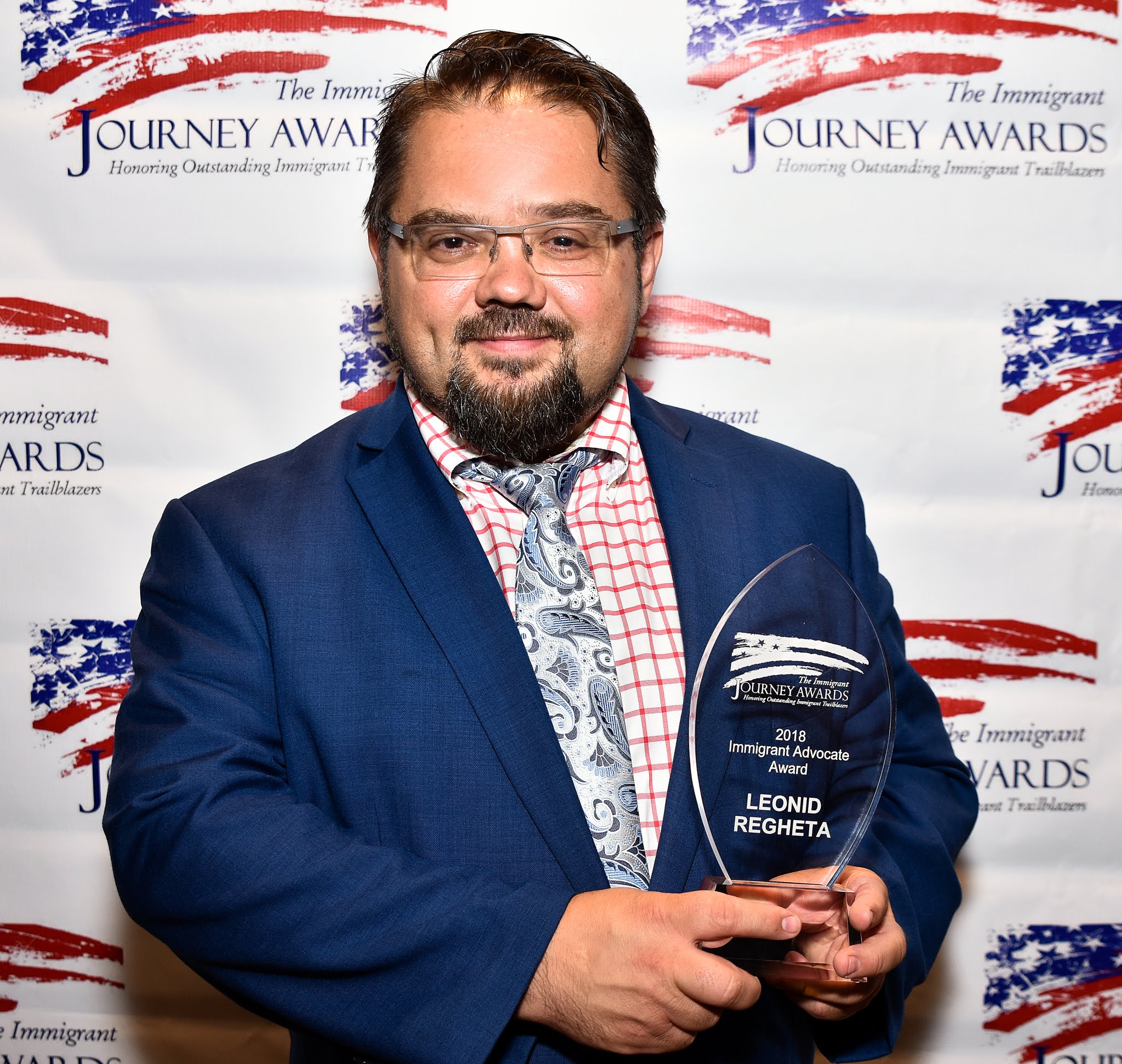 Leonid Regheta, director of Project: Start Refugee Resource Center, was presented the Immigrant Advocate Award at the 7th Annual Immigrant Journey Awards. The event was held on Friday, June 15, at the Clubs of Prestonwood in Dallas, in celebration of Immigrant Heritage Month.

The Immigrant Journey Awards were established by Ann Massey Badmus of Scheef & Stone, LLC, in 2011, as she saw the need to celebrate diversity in the North Texas area. During the awards, immigrants and those who advocate on their behalf in North Texas were honored and scholarships were awarded to outstanding immigrant and first-generation American high school seniors.

The Immigrant Advocate Award specifically recognizes an individual, organization, business or governmental entity who has made a positive impact on the lives of immigrants.

Regheta continually impacts the lives of many through Project: Start, a refugee center in the three-mile stretch of the North Dallas neighborhood called Vickery Meadow, where more than 30,000 refugees live and over 30 languages are spoken. He works daily to connect refugees with the resources they need to find stability while connecting them with nearby churches that worship in their language. Regheta also empowers various churches around North Texas to bring their own missions teams to minister to these refugee communities.

"Leonid's commitment and compassion for the refugee community in Dallas are both a blessing and an encouragement to those he serves,” said Bill Arnold, president of the Texas Baptist Missions Foundation. “He takes a cup of cold water in Jesus' name everywhere he goes."

During his acceptance speech, Regheta said, “I’d like to say thank you to the ministry of Texas Baptists, who do so much for refugees and immigrants. Project: Start was started because of their idea, and now we are impacting so many lives together with other wonderful people– volunteers and supporters.”

For more information about the ongoing work of Project: Start, visit texasbaptists.org/start.