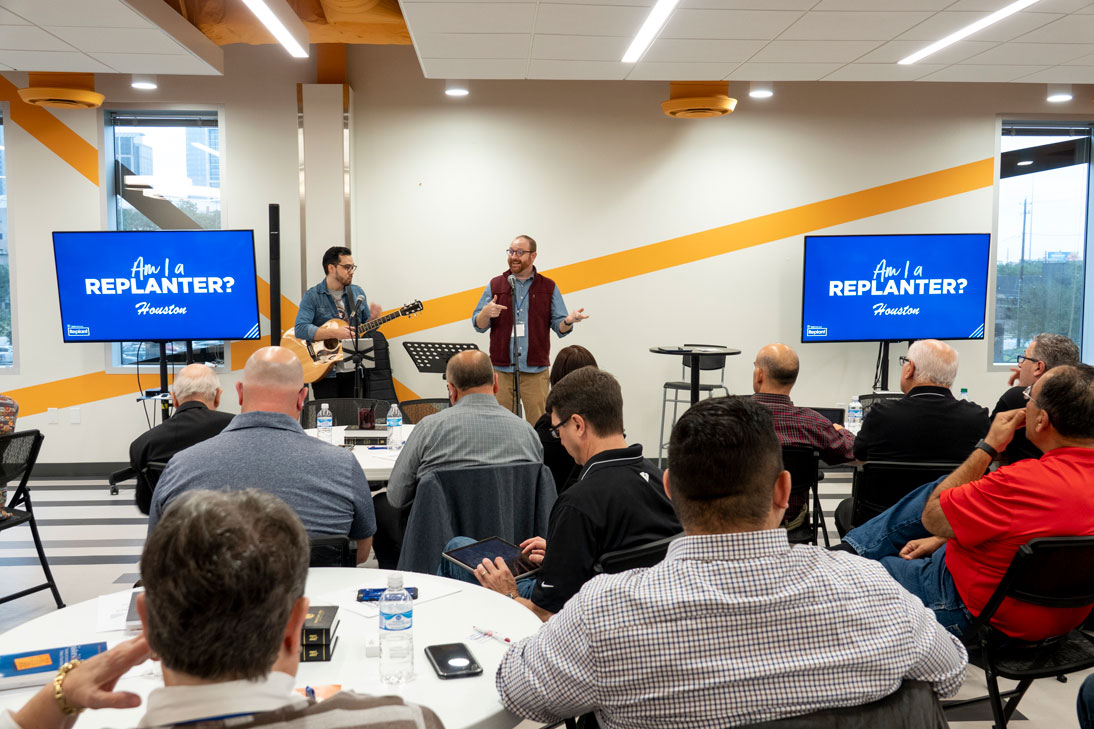 HOUSTON—On Jan. 10-11, approximately 50 people from around the United States gathered at Houston’s First Baptist Church to attend “Am I a Replanter?,” a conference centered on nation-wide church replanting. The conference was a collaborative effort between Texas Baptists, North American Mission Board (NAMB) and Union Baptist Association (UBA) to assist churches that are in decline.

Tom Howe, associate director of Missions at Texas Baptists, explained that as opposed to church planting, church replanting takes an existing church that is struggling and seeks to breathe new life into it.

Howe explained that “Am I a Replanter?” was a response to the growing need for replanters.

“We need to figure out how we can draw people to be replanters themselves,” he said. “How do we call people to meet this need? This conference came out of that question, to help people see what it is and to learn about the skills needed.”

Participants of the conference were both current replanters and those interested in becoming involved with a replant. During the two-day event, general sessions led by experienced replanters addressed various attributes replanters must have and the challenges they face. The attendees also broke into smaller cohorts to discuss their problems and provide encouragement for one another. Cohorts were divided by urban, suburban, rural/small town, Spanish-speaking and replanter spouses.

The challenging work of replanting

One of the general sessions was led by Jimbo Stewart, a replant pastor of Redemption Church in Jacksonville, FL. Stewart, who has been at Redemption Church for five years, spoke to attendees about the attributes needed to persevere through being a replanter. He warned that replanting, especially through the first few years, can be challenging. Being a visionary shepherd is essential to the role, always looking ahead to how things can be improved, but never forgetting about the flock you still need to minister to now. He also discussed pastoral grit and being strong enough to continue despite setbacks and hardships.

Above all, Stewart reminded attendees of the importance of replanting. The hardships are worth it, he said.

“Every time a local church dies in a neighborhood, a Gospel light goes out,” Stewart said. “That is not ok with us. Those churches are in places that desperately need the Gospel… [Replanting] is not a new trend or a new way of doing things. In fact, we’re going back to the oldest way of doing things, centering it all on Jesus Christ. It’s a dependence on Christ to do what you cannot do.”

The great need for replanters

Keelan Cook, associate director of UBA, explained that plateaued or declining churches are on the rise in the US, and it is important to address the problem head-on, instead of waiting until it is too late. He emphasized that each church was a place with people who were getting important spiritual nourishment and fellowship because of them. Cook was excited by the numbers at the conference, and he encouraged people who feel called to ministry to pray about becoming replanters. 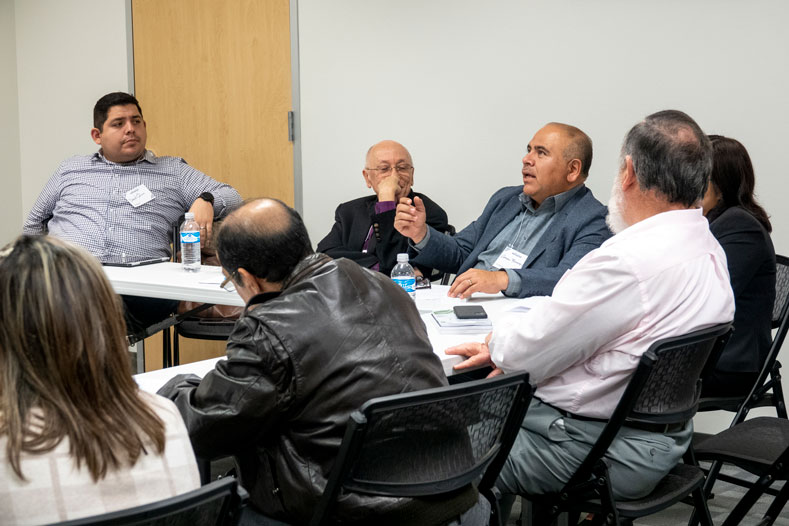 “I think replanting is one of the most significant conversations we need to be having in North American missions today… we have a wave of plateaued churches that are on the cusp of dying, and as that happens we need people to think of replanting and revitalizing that church as their calling,” he said.

Bob Bickford, associate director of Replant at NAMB, agreed. He has addressed this growing need for years. NAMB has hosted replanting conferences in the past, and he is excited about the partnership with Texas Baptists and UBA.

“The need for us to highlight the need for replanting is critical. So we’re excited to partner with Texas Baptists and UBA in this strategic partnership. This event is designed to help people understand the characteristics of replanting and revitalizing dying churches,” Bickford explained.

For Howe, this conference highlights a concept that Baptists have known for years: we can do more together.

Replanting is new life and new hope for many churches. Though the process is not always easy, the results are well worth it. For Cook, one of the most powerful pictures of salvation can be found through replanting.

“Church replants do a really good job of talking about rebirth,” Cook said. “The Gospel is about bringing dead things back to life, and replanting is a great example to the community of what that looks like.”