The Texas Baptists were awarded “Highest Number of Baptisms” in the country for the third year in a row by the North American Missions Board for the 2017 calendar year. The recorded number of baptisms was 25,451.

Flowers said the award represents the work of Baptist ministers throughout the state and the efforts made by local pastors in churches who are reaching their local communities. 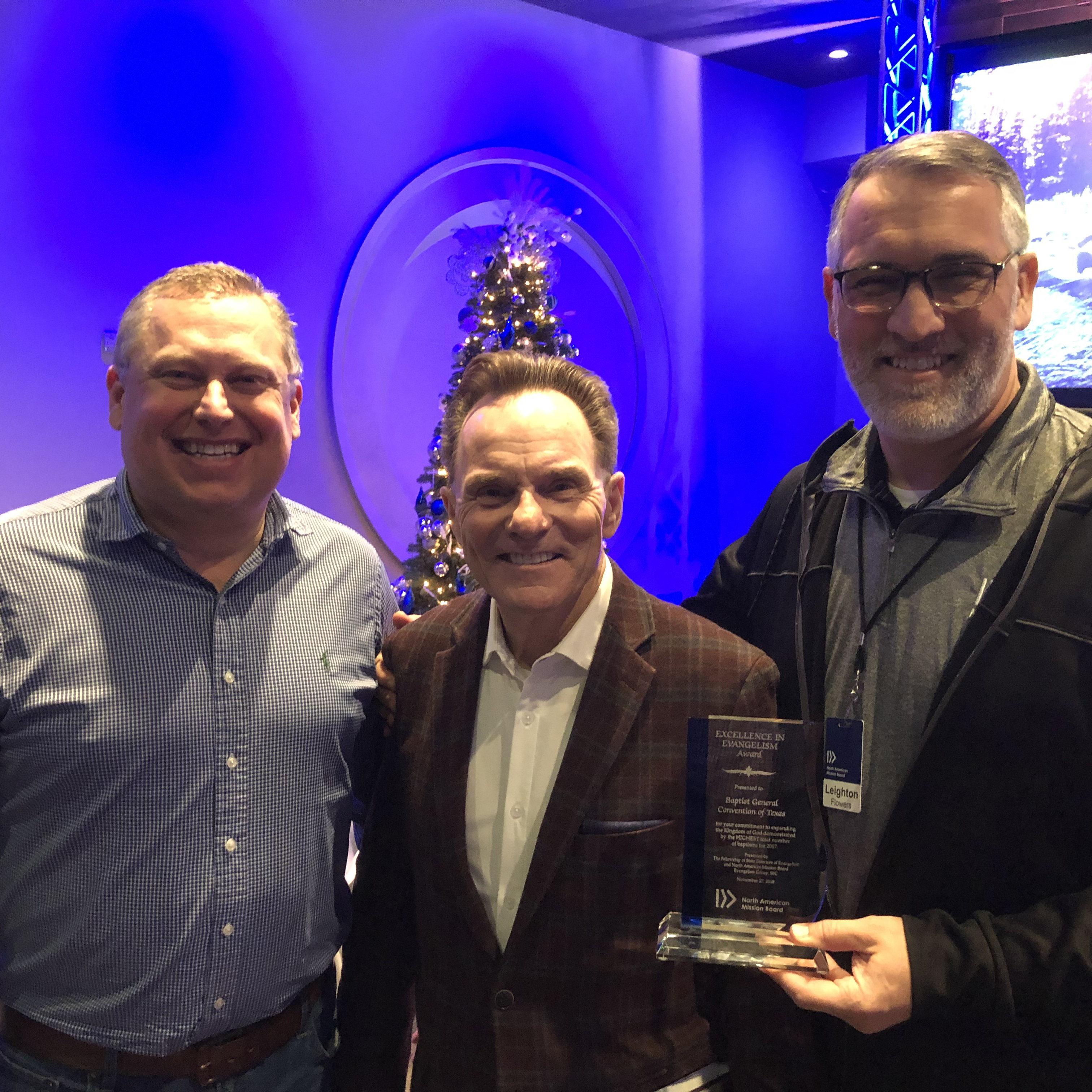 Flowers said that servicing a large state like Texas can come with its challenges.

“There are millions of people that get serviced in a state like Texas,” he said. “We have almost 6,000 churches in an ever-growing society, so state conventions are a little more stretched out here. There are also a variety of different cultures and languages spoken.”

“More people today are skeptical of the truthfulness of scriptures and the church,” he explained. “People are less likely to accept the faith just because their parents and grandparents accepted it as truth, so we now need to persuade others of the Gospel’s truthfulness. That’s where apologetics needs to play a big role.”

Flowers said he is inspired by the evangelistic efforts of Texas pastors and their churches, but the number of baptisms may be higher than we realize because many small churches do not always submit baptism updates.

“We just want to encourage pastors to make sure that they submit their baptism records so that we know how to pray and celebrate and in order to receive more funding and support in the future.”