DALLAS–Texas Baptists, alongside the Institute for Bible Translation (Moscow, Russia) and Global Heart Ministries (Plano, TX), recently hosted a historic presentation of the first translation of the Holy Bible into the Uzbek language.

Uzbekistan, listed among countries where Christians face the most severe persecution for their faith, has never seen a full translation of the Bible in their language. However, through the work of the Institute for Bible Translation, that has changed.

Now, for the first time in the history of Uzbekistan and its people around the world, Uzbeks will have the complete Bible in their language. This is a significant achievement close to 20 years in making. 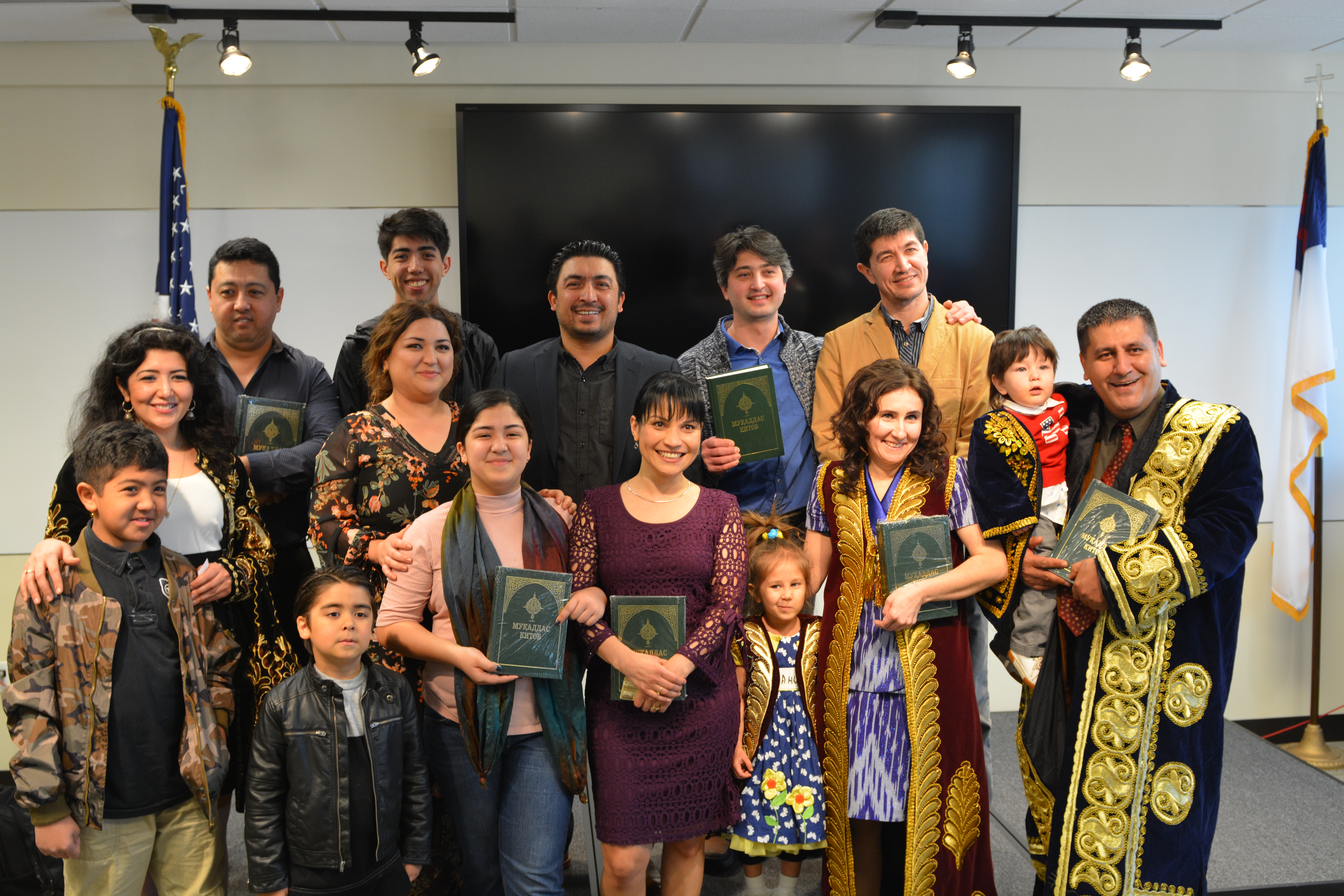 “Over the years, many Texas Baptists congregations, families and believers have continued to pray for, support and minister to the people and persecuted churches of Kazakhstan, Tajikistan, Turkmenistan and Uzbekistan. These Central Asian countries are predominantly Muslim and very restricted, if not outright hostile to evangelical Christians,” said Leonid Regheta, director of Texas Baptists’ Project: Start refugee resource center.

He continued, “It was a truly historic occasion to present something that's been hundreds and hundreds of years in waiting. More than anything, this was an occasion to praise God for allowing the whole nation and people group around the world to have His Word in their native tongue.”

Translating the Bible into Uzbek and making the Bible accessible within the country was by no means an easy task.

“Our biggest project has been the Uzbek Bible with over 29 million speakers. This was probably the largest people in the world without their own full translation of the Bible,” said Dr. Vitaly Voinov, director of Institute for Bible Translation. “And in order to accomplish the goal of Bible translation, you have to have the people. The human factor is the most important thing.”

Among those included in the process were translators, exegetical advisors, Bible translation scholars that served as consultants, editors, field testers, reviewers, people who pray for the project, donors, book distributors and many others.

Five drafts of the Bible were created, edited and tested to assure that the text was as accurate as possible to the Greek, Hebrew and Aramaic originals, clear to the average person and acceptable to various Uzbek communities, according to Voinov.

“The most important part are the prayers that people prayed for us for the translation. God says prayer is the only way we can get anything done by His power. No matter how much money or talent we had, prayer and support remained the most important,” said Feruza Krason, a Bible translator on the Uzbek translation team.

“We are all human, but God is able to work even through us. Now, we have the Uzbek Bible in our language and God is going to reach my people,” she continued.

With the election of the country’s new leader, a shipment of Uzbek Bibles was able to be sent to Uzbekistan. Not only that, but the formal presentation of the Uzbek Bible also took place in Tashkent, the capital, with government officials present.

Other speakers and attendees included Leonid Regheta, director of Texas Baptists’ Project:Start and pastor of River of Life Church; Steve Sharp, founder and president of Global Heart Ministries; Kurt Richardson, professor at Graduate Institute of Applied Linguistics; a number of Uzbek believers from all over the US and Canada; and a number of church leaders from the Dallas area.