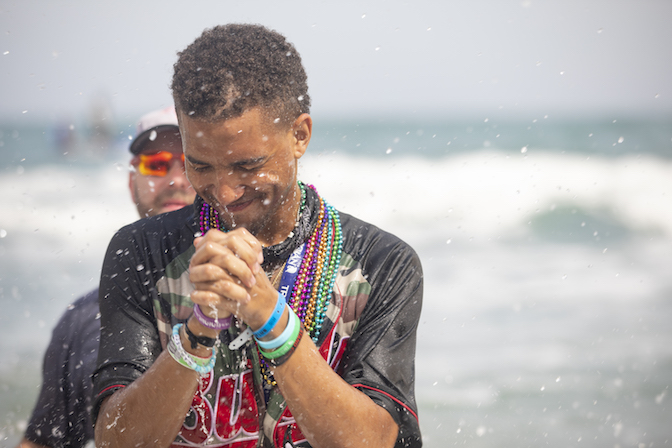 In the second week of March, thousands of college students descended on South Padre Island for Spring Break. Over 600 of these students were part of Beach Reach, a Baptist Student Ministry (BSM) mission trip that happens every year to share the Gospel and minister to the physical needs of both the spring breakers and the South Padre locals. This year at Beach Reach, the Gospel was shared about 4,810 times, 70 students accepted Christ as their Savior and 34 students rededicated their lives to Christ.

“Beach Reach is a special, extraordinary, unique opportunity we have in the rhythm of college ministry. There’s no other time during the year that thousands of college students will gather together in one place to do crazy things all at the same time,” Joe Osteen, BSM director at UT Tyler and Beach Reach co-director, explained. “As early as 1980, when Beach Reach was started, there was a vision cast. Previous directors began to ask what could be done to serve spring breakers, share the Gospel, help the city and glorify God as students come to know Christ in a dark and challenging place.” 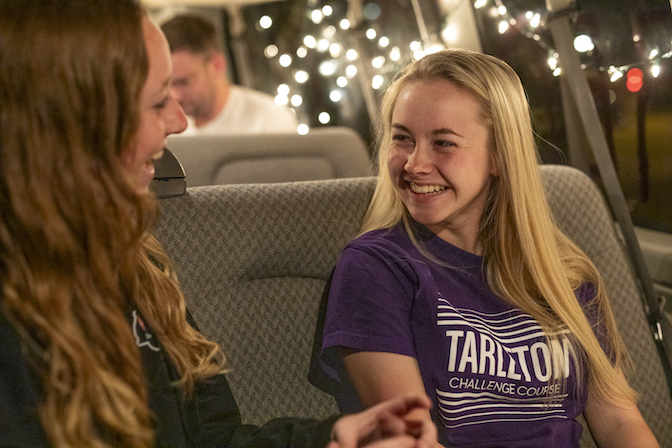 Beach Reachers are primarily sent by BSMs, but many Texas churches also send groups. Students from outside Texas even come to participate. Clayton Bullion, BSM director at Tarleton State University and another Beach Reach co-director, explained that Beach Reach is always an extremely collaborative event. In addition to college students coming from across America, TBM sends volunteers, Island Baptist Church hosts students in their building and churches all around donate vans and supplies to make Beach Reach possible.

Beach Reachers descended on Padre Island to serve through van rides, beach ministry, worship services and pancake breakfast and dinners. Van rides were available day and night to safely transport students who may have been drinking or in otherwise unsafe circumstances. In the vans, BSM students engaged in Gospel conversations with students. During the day, Beach Reachers go up and down the beaches and streets, passing out cards with the van hotline number and sharing the Gospel. There are activities from 6 a.m. and last through the night until 4 a.m. the next day, and Beach Reachers work in shifts, sleeping at odd hours so that they can be awake when the spring breakers need them most. In total,

Hannah Fonesca, a BSM student at Baylor University, had a girl named Alexa get into her van one night. They engaged in conversation, but Alexa seemed reluctant to talk about spiritual matters. Later, Fonesca and Alexa reconnected, and Alexa told her she was supposed to be at a party but did not want to go. She went anyway, and Fonesca and other BSM students prayed that Alexa would not be satisfied by the party and would return to the van. Five minutes later, she called, asking to be picked up. Alexa stayed with them the remainder of the night, and the next morning Hannah took her to worship and taught her how to pray. That night, Alexa accepted Christ. 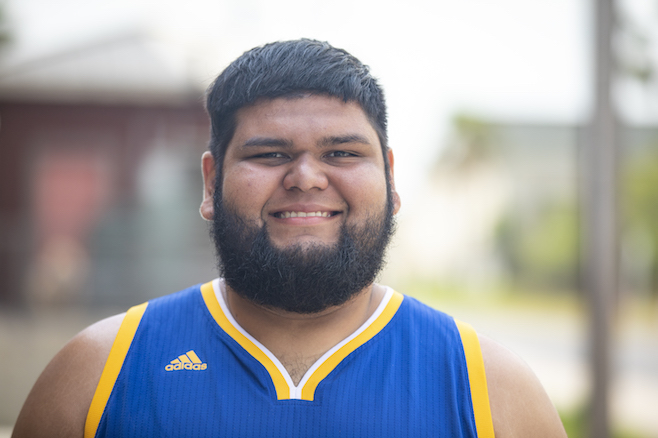 “She didn’t want to do the partying anymore and just wanted to follow God,” Fonesca said. “Later that week we met up with her and she said that she came here looking to party, but she found something much greater than that. What she said really broke my heart, but in a good way, because a couple of months ago I would have been Alexa if it wasn’t for Christ radically changing my life.”

It was encouraging for Fonesca to see that there are students on South Padre Island who are searching for a better life outside of the parties that drew them there initially.

Juan Olivo from Sul Ross University used to be one of those students. Three years ago, he came to South Padre, looking for the “typical” Spring Break experience. One night he got into a Beach Reach van to go to a bar. While he was in the van, a Beach Reacher shared his testimony and the Gospel. Olivo was surprised to hear that they had similar backgrounds, and he thought about the conversation often. When a friend invited him to church two years later, Olivo agreed. He accepted Christ, and this year he returned to South Padre as a Beach Reacher.

“I’m so much happier on this side of Beach Reach. I’m so thankful that Beach Reach was there because without them sowing that seed I might not be here now. I definitely emphasize that when I’m talking to someone on a van or just here in general, I say that that they’re someone who was just like me. I can be the person they speak to who knows God and who sows the seed. God will grow it, and it may take three years like it took me, but that one kind act can do a lot,” Olivio said. 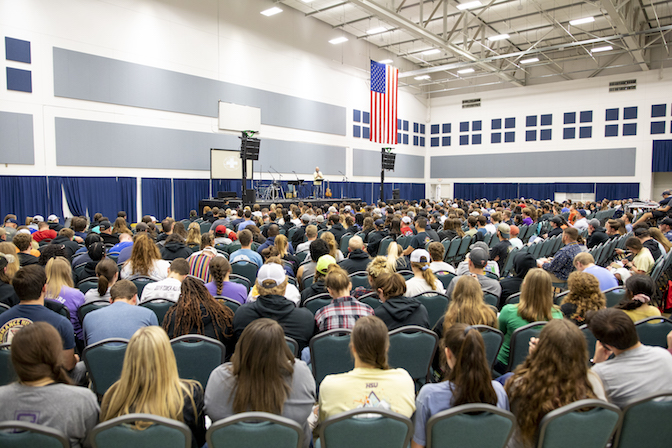 Another important aspect of Beach Reach was ministering to the local community of South Padre, who are often overrun by the sheer amount of spring breakers descending upon their island. Law enforcement and city officials worked overtime to ensure that the students were safe and abiding by the law. Beach Reachers prepared meals for them and gathered around them to pray. The island’s convention center has let them hold their worship nights there free of charge for years to thank Beach Reach for all they do for the community.

Most importantly, Beach Reach’s ministry does not end when students return back to their campuses. Beach Reach is an important tool that teaches the students who participate how to share the Gospel with boldness. When they return to their campuses, they are equipped and excited to share with their classmates.