Being open to conversations and using spiritual gifts in New York

by Guest Author on January 22, 2019 in Great Commandment

I was walking back from a nearby McDonalds at night with friends. We were chatting on the way back to our building when a lady matches my pace. She leaned over and asked what I was eating. I told her all about my Oreo and M&M ice cream. She then asked where I was from and why I was in New York. I began telling her about the churches that my team and I were partnering with and some of the outreach we did and those to come.

She immediately got excited and began telling me that she used to go to church and was very active in her church choir. She was so thrilled to talk about her old church. She said she hadn't visited in quite a long time (the lady looked to be in her 60s). As the conversation was wrapping up, one of the team members that joined me on my ice cream run asked her how we could pray for her. What she said next threw me for a loop.

She told us how she had the desire to get married. She had never been married and passed many opportunities in her younger years. She had been feeling lonely and wanted companionship. She laughed and said she knew it was kind of silly in her old age, but that she believed God could do it. Her openness and honesty struck me. I encouraged her with one of my life verses, Psalm 27:14, as it says: "Wait on the Lord, be of good courage, and He will strengthen your heart. Wait, I say, on the Lord." She was really touched by that and she asked for my number and the verse. We prayed with her, said our goodbyes, and continued on our way. 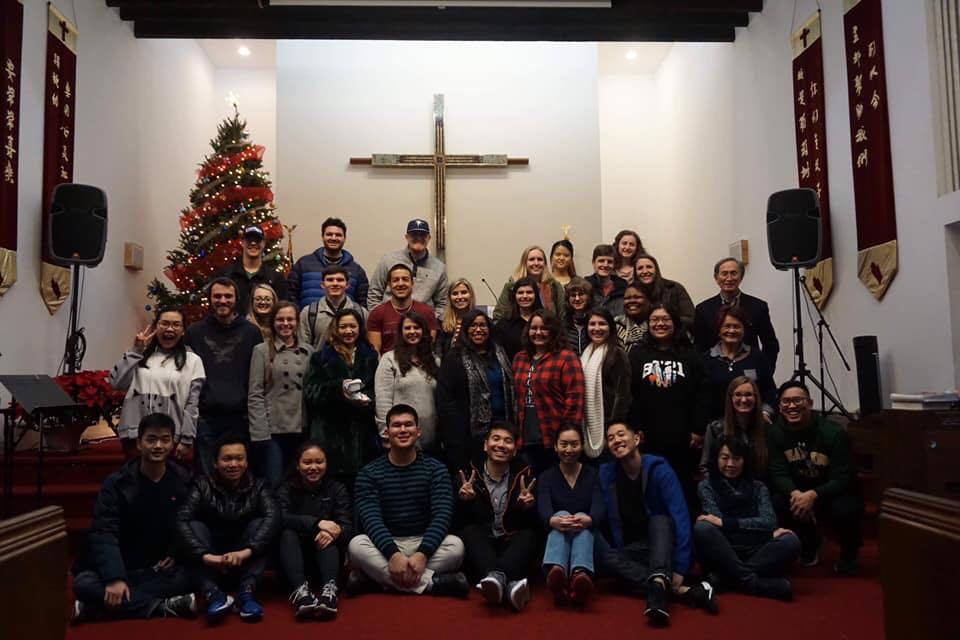 The next Sunday, I got a voicemail from her where she told me that she was going to go to church again. She was a bit nervous and frazzled, but she explained that she wanted to get closer to God. It was one of the longest voicemails I have ever received, but it was so encouraging that I called her back and wrote her an encouraging text. It was so neat how God brought her to me when I was least expecting it. I mean, no one approaches you on the streets of New York, much less at night. God is good and definitely ordained that meeting for the benefit of us both!

Another opportunity I had on this trip was to use my spiritual gifts. My main spiritual gifts/talents are encouragement, working with kids, leadership, and singing. I was hoping maybe one of them would be useful while I was in New York. I had been on a mission trip before with another organization where it was very difficult to make use of your own gifts as everyone was expected to do the same thing. My expectation for this trip was that I'd be lucky if I got to use one. Little did I know, God had much more in store for me!

I was able to use my gift of encouragement with the pastor of a Polish church in New York. He wasn't married, did not have an associate pastor, and had a semi-stagnant congregation. He didn’t have very much support but had all these ideas of outreaches in his community and it was hard for him to express those ideas. When we would walk from various places, I would ask, listen and give some input about what he wanted to do in the future with his church. I jumped into whatever he needed me too and remained positive, even when things didn't go the way I wanted them to. He invited the team to lead his church service that Sunday. I was able to sing with another girl who could with whom I could harmonize. We also had an amazing guitarist and pianist. God definitely had His hand over who was on that team and how we could be used! He even used my spiritual gift with kids: I was able to take initiative and lead/teach the Sunday School time including playing soccer with them in the tiny parking lot.

At the end of the week, the pastor of the Polish church pulled me aside and told me that I especially was an encouragement to him. He thanked me for everything. I don't get to hear that affirmation most of the time, but God allowed me to hear it directly! It was one of many highlights of that week, just knowing that I made a big impact on him and his church in a significant way.