by Kirsten McKimmey on June 21, 2017 in Ministerial Health 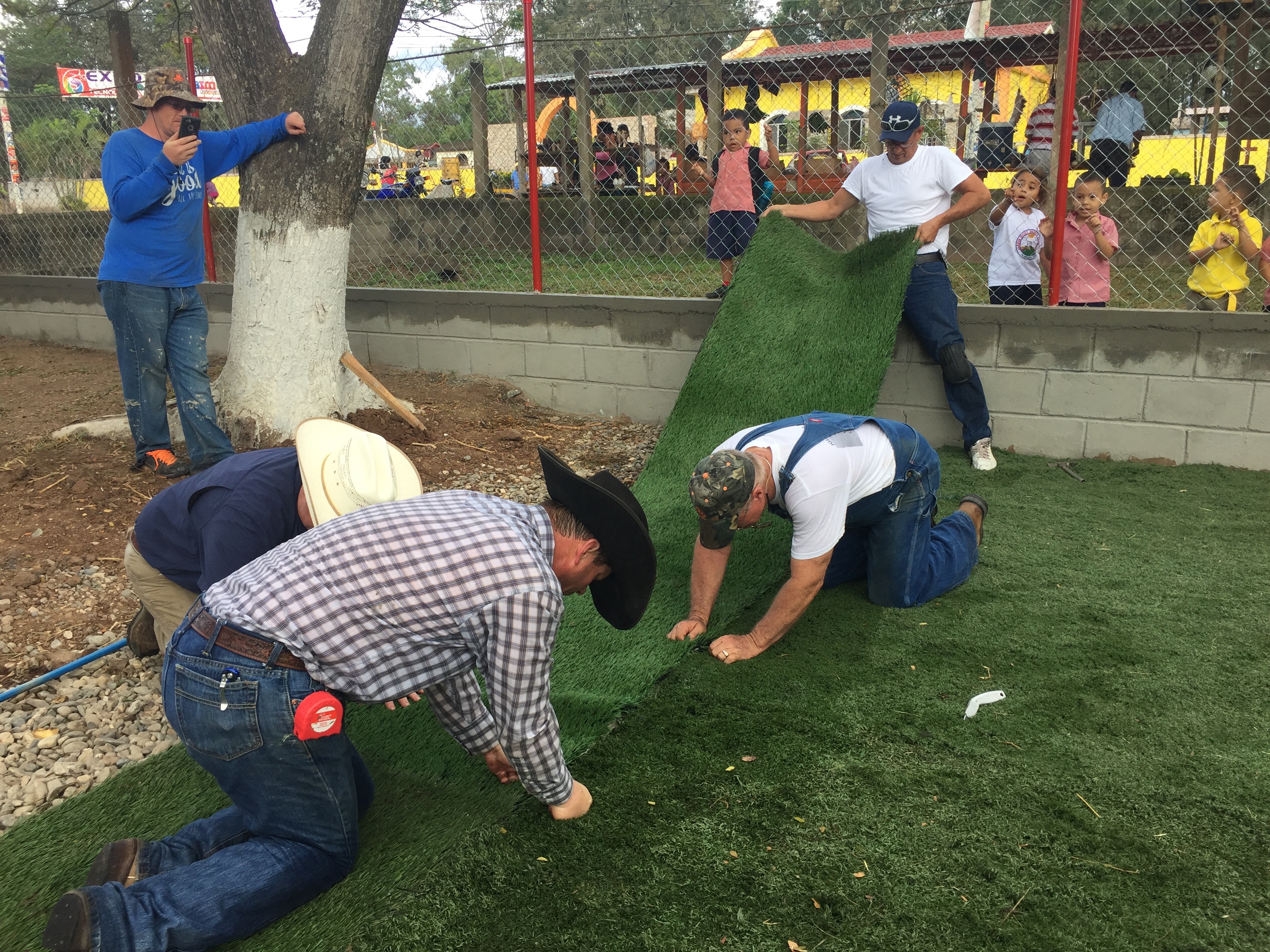 With a heart for missions and church planting, members of Texoma Cowboy Church in Wichita Falls have traveled on three mission trips to Olanchito, Honduras, in efforts of planting new cowboy churches. Known as the “Christian Cowboys” to the local people, the church has sought to pour into and build relationships with the people of the community.

Their most recent trip to Honduras took place from February 27 to March 4. In past trips, members of the church have focused on evangelism and community involvement, but this third trip was unique. While watching a soccer game a few years ago in Olanchito, an idea came to Jay Lawson, mission trip coordinator and Texas Baptists executive board member.

“We were looking through the chain link fence in the school yard. We noticed even though it was kindergarten soccer, it was big league. The kids played their hearts out, but they were playing in mud. That’s when I said to myself, ‘what kind of connection could we make to the community if we built a soccer field?’” said Lawson.

For the next three years, Texoma Cowboy Church planned for the installation of artificial turf for a soccer field. With connections in the church and help from RSG Southwest, L.P. Fieldturf and other companies, the church was able to obtain bleachers and enough artificial grass for the new soccer field completely through donations.

Eleven church members went on the labor intensive trip, including Lawson and John Riggs, pastor of Texoma Cowboy Church. Before departing for Honduras, all team members were trained in how to install an artificial grass field.

In Honduras, the team primarily focused on constructing the field, while continuing to build relationships with the people of the community.

“There were many local volunteers that helped us with the field, and they asked for nothing in return,” said Lawson. “In the process, our team got to know them and build relationships while sharing with them who our God is.”

Two other nights during the trip, the team was invited by two churches in the town to lead Bible studies.

“They welcomed us and invited us to be apart of everything they had going on. All of the people were beautiful, friendly, and treated us well,” commented Lawson.

The work of the team received national attention in Honduras. The mayor of Olanchito, along with members of the community, held an inauguration for the new soccer field, with national television coverage.

This trip was nothing short of impactful for each member of the team.

“I saw God working through the smiles of the kids. I saw the amazement, almost to the point of disbelief, on the faces of the adults in the community that what was happening was really taking place; it wasn’t just a dream. In the atmosphere, you could feel the warmth and presence of the Holy Spirit everywhere we went,” said Riggs. 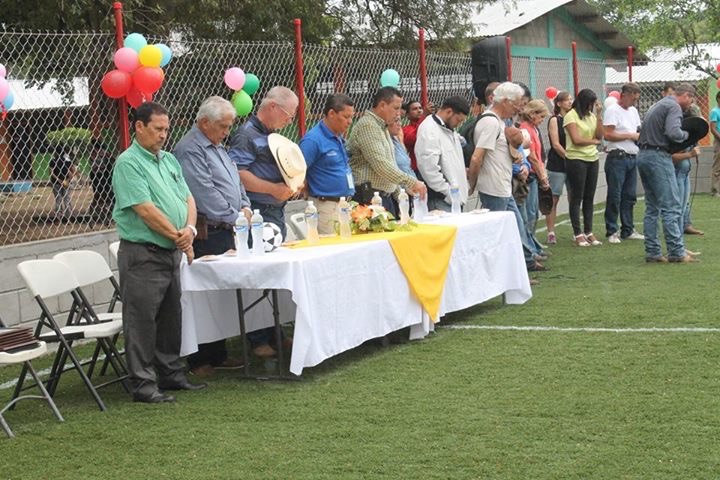 Reflecting on the trip, both Lawson and Riggs saw principles from their time in Honduras which could be applied to other churches interested in planting new congregations.

“Missions is critical in the life of any church or believer. For those that take the opportunity to share the Gospel in a place where it’s not preached, you get to see God's power, might and work in ways we don't see often here in our own country. I would encourage everyone to engage in missions, not only overseas but here at home. A church that stops being mission-minded is a church that starts to die. We have to constantly be reaching out,” said Riggs.

Lawson said, “It’s simple. Pick out somewhere in the world that doesn’t have cowboy church and teach them how to start one, what it’s all about and the reason why we do it. Try to find a connection in the country you desire to go to. Also, talk to Texas Baptists. They have the way, the means and the connections to plant churches.”

“Don’t get in God’s way once you’ve decided to do your project. Plan on God taking care of it. Just go,” he continued.

From townspeople to soldiers, the Gospel has been shared with countless people in Olanchito through Texoma Cowboy Church’s ministry in Honduras.

The church is planning a fourth trip to Olanchito where they will partner with Texas Baptist Men to build a water well for a nearby agricultural school, while focusing on the new cowboy church plants.