by Contributions from Buckner International, Children At Heart, STCH Ministries on November 11, 2019 in Partners

From the time Scott and Kelsi Knife were married, God placed a dream in their hearts of fostering and adopting. When faced with unexpected infertility for two years, Scott and Kelsi reached out to STARRY, a faith-based Christian foster care and adoption agency based in Round Rock, about the steps necessary to become licensed foster parents.

After three months of training, the couple was licensed and within a week they received a call from STARRY, a partner ministry of Children At Heart Ministries which is affiliated with Texas Baptists, about nine-day-old Colton, whom they joyfully welcomed into their home. 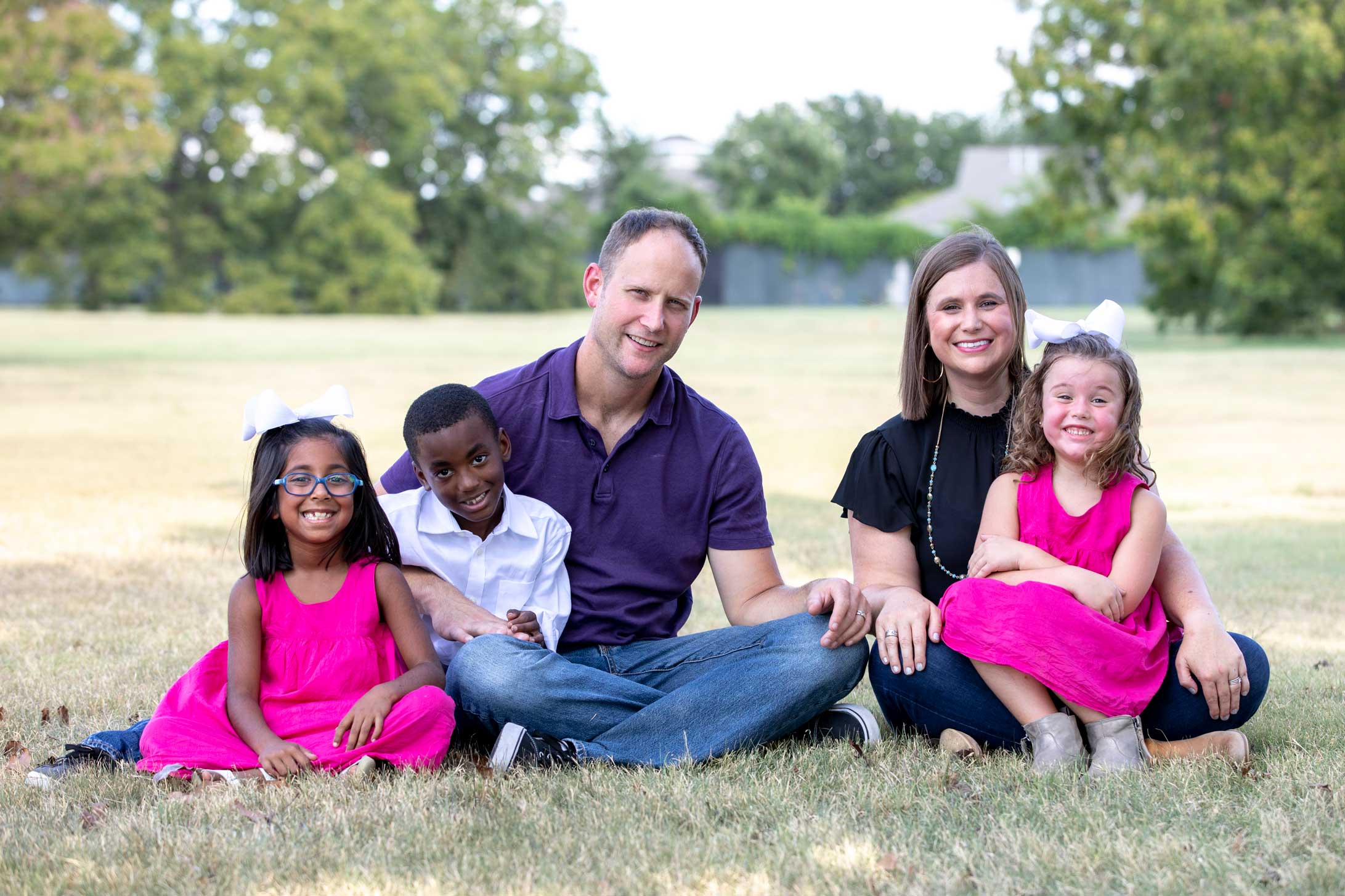 “As long as I live, I will never forget that day,” Scott recalls. “It was amazing that we were entrusted with something so precious.”

Just three days after bringing Colton home, Scott and Kelsi received another surprise blessing which left them in awe of God’s timing—Kelsi was pregnant. Through the months that followed, they continued to provide a safe and loving home for Colton, unsure of what their family’s future would hold.

Knowing the value of a child’s biological family and ultimately supporting reunification, Scott and Kelsi strove to maintain a relationship with Colton’s biological mother. Kelsi remembers how gracious Colton’s biological mother was the first time they met as she thanked them for taking care of Colton. Realizing Scott and Kelsi could provide a safe and loving home, Colton’s mother asked if they would be willing to adopt Colton and make him a permanent part of their family. They were honored to be trusted with someone so precious and wholeheartedly agreed to adopt him as their son.

In December 2016, only days before Lincoln was born, they found out they were approved to move forward with the adoption. And in July 2017, Colton officially became part of their family.

They commemorated the day with a covenant ceremony at the chapel at Texas Baptist Children’s Home, where they shared their story, made vows to Colton, and celebrated with family and friends.

That answer, said group members, can happen through a new initiative called “Faith Fosters Texas,” which seeks to engage every Texas Baptist church in solving the foster care crisis in Texas.

“What we’re trying to do is, in effect, solve one of the biggest crises in the State of Texas,” said David Ummel, a coalition member and church engagement officer for Buckner International. “The foster care crisis is leaving thousands of the most vulnerable of our Texas children unparented and uncared for. That is unacceptable and should be a burden on the radar of every church in the state.”

David Hardage, Texas Baptists executive director, agreed. “Faith Fosters Texas is the place where Texas Baptists can change the future of our most vulnerable children and provide homes for every abandoned, neglected or abused child in the child welfare system.”

Coalition member Kyle Luke, vice president of development and communications for STCH Ministries, said Faith Fosters Texas will engage churches through its website (faithfosterstexas.org) to “connect, coach and build the capacity of churches to effectively minister to vulnerable children and their families.

“But we need churches willing to commit to a multi-year effort to educate and equip members to fulfill the biblical mandate of caring for vulnerable children and families by embracing and supporting children in foster care,” Luke added, “as well as leveraging church resources to make a positive impact on foster care.”

Ummel said Texas Baptist churches and members do not have to commit to a large-scale effort, especially if a majority of churches answer the call. “Every Texas Baptist Church needs to be involved in supporting foster families, kinship families and bio families -- churches that care for vulnerable children need to build a culture that is pro-foster care and adoption.” 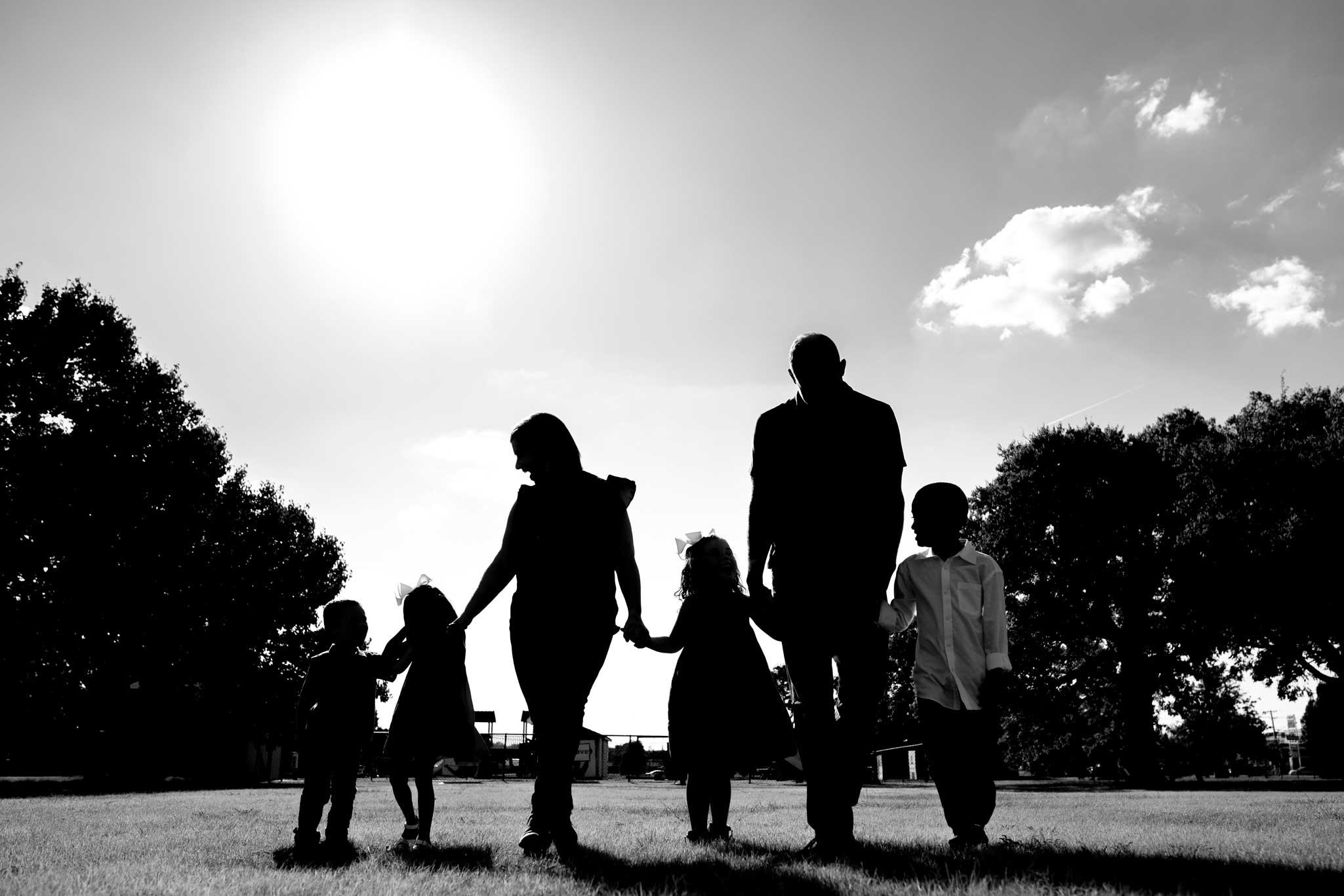 He pointed to the difference made by Buck and Stephanie Baskin of Mesquite, who adopted their children Niki and James after fostering through Buckner Foster Care and Adoption for four years. The couple continues to foster children.

For the Baskins, members of Lake Pointe Church in Rockwall, foster care and adoption is a spiritual response to a societal issue.

“Scripture is very clear about it,” Stephanie said. “Everyone has to help somehow. The idea of kids not having a home didn’t settle well.

Though slightly younger than James, Niki was placed in the Baskin home first in May 2013. James joined her two weeks later. While Buck and Stephanie previously only did foster care, with Niki and James, they were open to adoption.

“When we first got in, we learned that 60 percent of the kids went back home to their parents, and we realized that the goal is actually to get the families back together. So we made that our goal,” Buck said. “But the big thing is being open to the process because we also realized that once that doesn’t happen, you’re kind of the last option in a way whether those kids may or may not be in the system for a while. So we realized we need to be open to the idea of adoption as well.”

After the Baskins adopted Niki in November 2013 and James in May 2014, they thought they might continue to do foster care, but then Stephanie found out she was pregnant and decided to take a temporary break and focus on their family, and the new baby, Selah.

Because of their calling to parent through foster care and adoption, “messy” is the new normal for Buck and Stephanie Baskin – full of tickle monsters,musical jam sessions, and marathon sessions of playing Hungry, Hungry Hippos.

“We’re a mess,” Stephanie observed with a laugh. “We’re never on time, and I’ve learned that’s okay. And nothing is ever clean, and that’s okay too.”

The Baskins have had 14 children placed in their home through foster care over varying amounts of time.

“For us, this wasn’t optional,” said Buck. “This is a chance to heal brokenness. It’s something that’s contagious not just for your church but your community.”