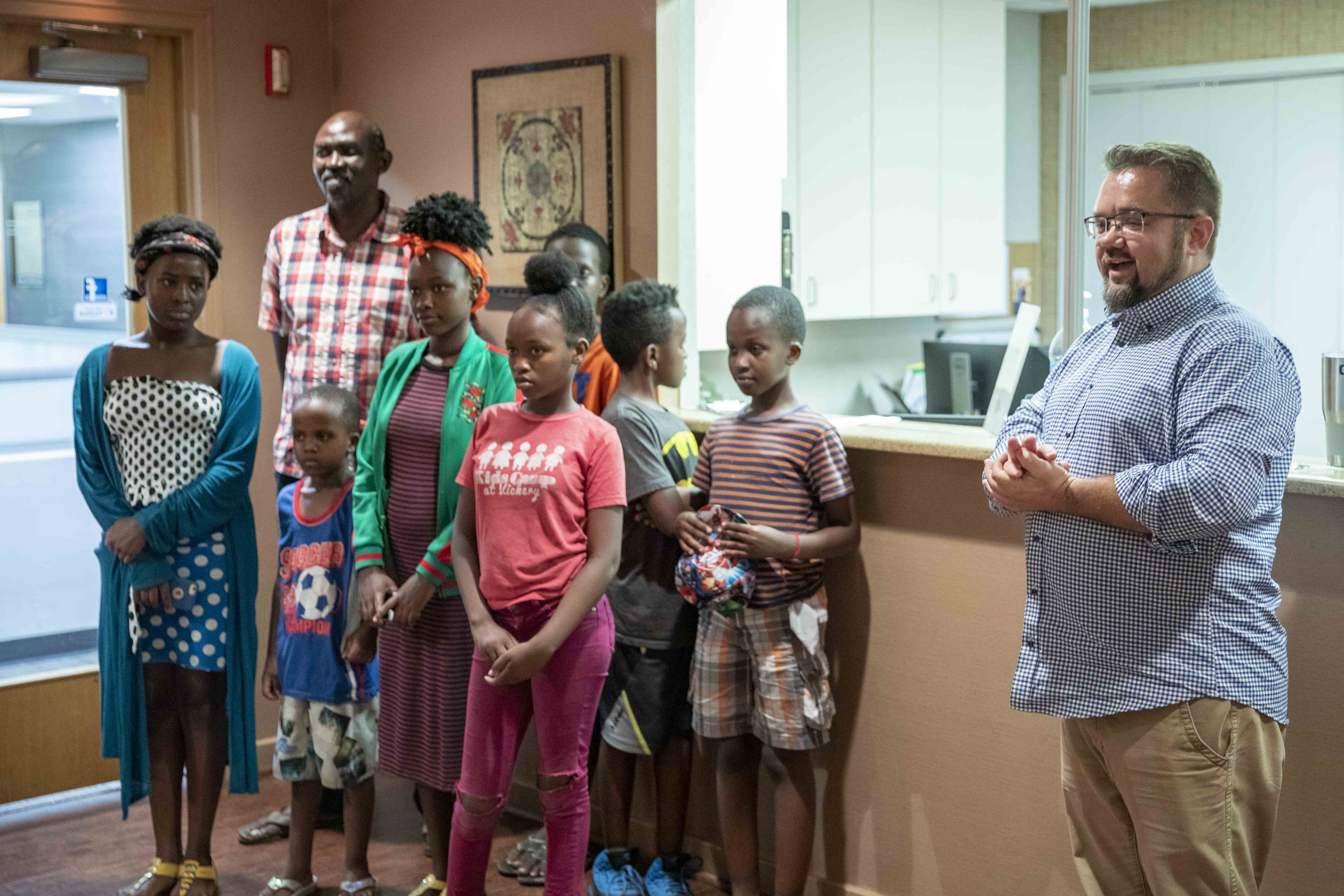 DALLAS—When the staff at the Women’s Health Specialists of Dallas began planning their next office event, they knew they wanted it to be more meaningful than a happy hour or luncheon. So, they got in contact with Leonid Regheta, director of Project:Start, a refugee resource center. Texas Baptists launched Project:Start over three years ago to respond to the needs of refugees in the Northeast Dallas area. Project:Start works with the local community, churches and organizations to collect clothes, furniture and other necessities for refugees.

Women’s Health Specialists of Dallas called Regheta to ask how they could help, and he suggested they collect school supplies for refugee children. The staff bought backpacks in bright colors and stuffed them with pencils, pens and everything else the children would need for a successful school year. 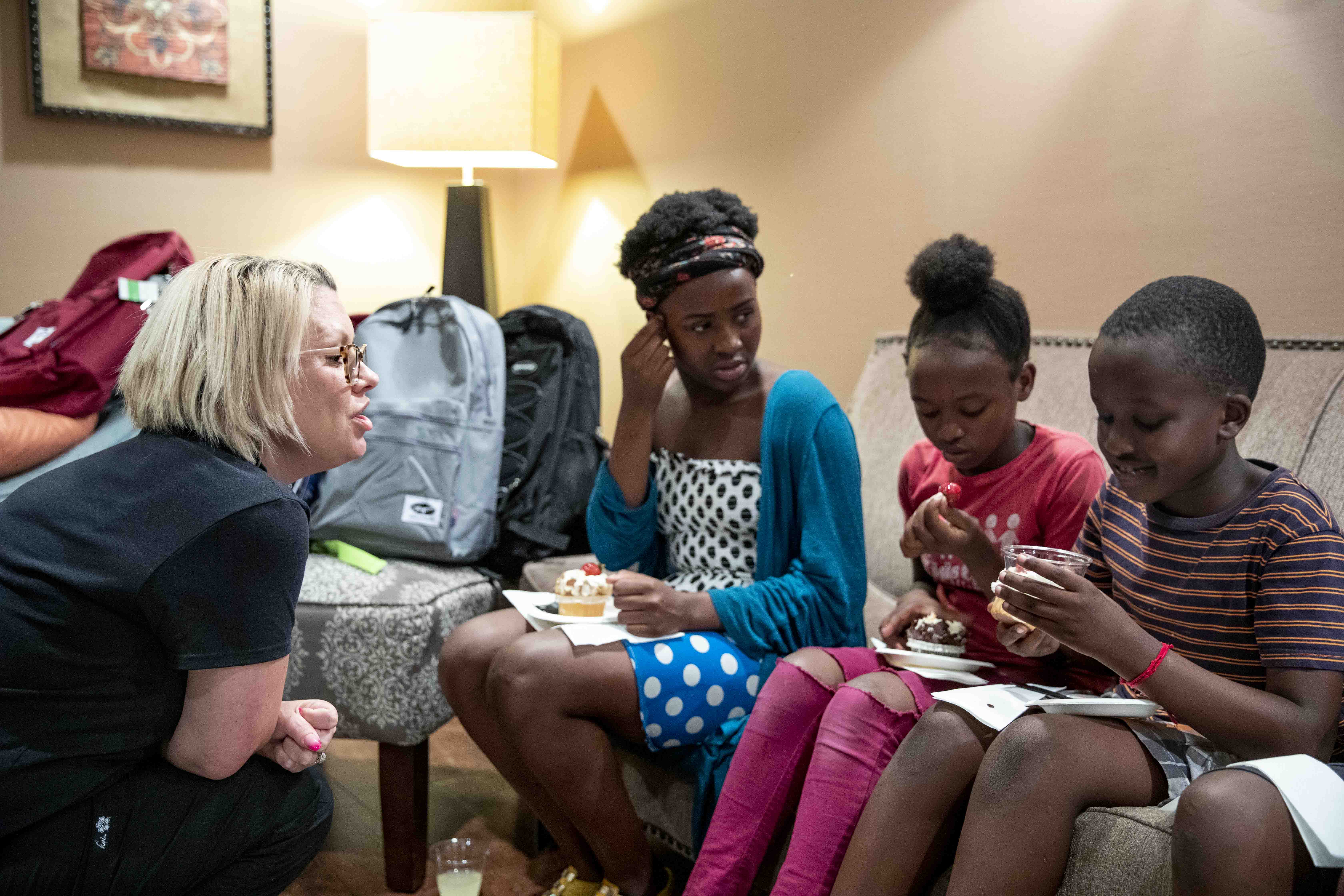 On July 29, Women’s Health Specialists opened their office to the refugee families, inviting them in for food and refreshments. They presented the backpacks to the seven children in attendance, who eagerly claimed the ones with their favorite patterns. Four parents also came to pick up backpacks for their children at home. Refugees from Burma, Rwanda and Nigeria came to receive school supplies.

Regheta applauded the clinic’s initiative. Events like these embody the mission of Project:Start.

“We build a bridge between what you guys are doing here and the people that live less than a mile away,” Regheta explained. 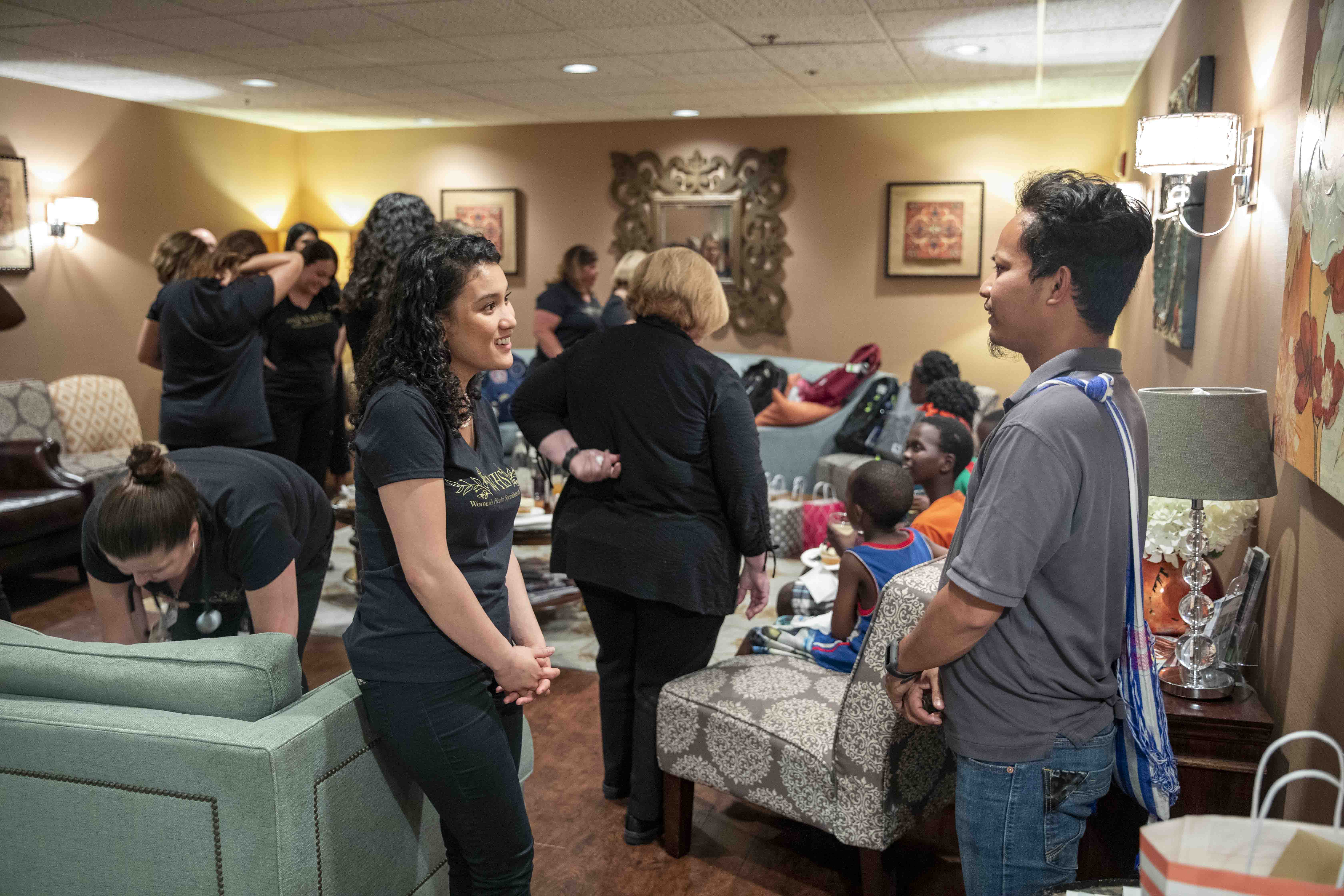 Regheta told the doctors and nurses that many of these families waited for years in a refugee camp before they were given approval to enter the United States. Michael, a father from Rwanda, and his family were forced to leave their home country during the genocide. They waited at a refugee camp for 17 years before they were allowed to enter the United States. Now in Dallas, his family still struggles to make ends meet. The school supplies distributed to his four children will ensure that they are able to go into the school year with confidence.

Stories like Michael’s are not uncommon among refugees. Regheta said that the need is great, even just within the Northeast Dallas and Vickery Meadows area. 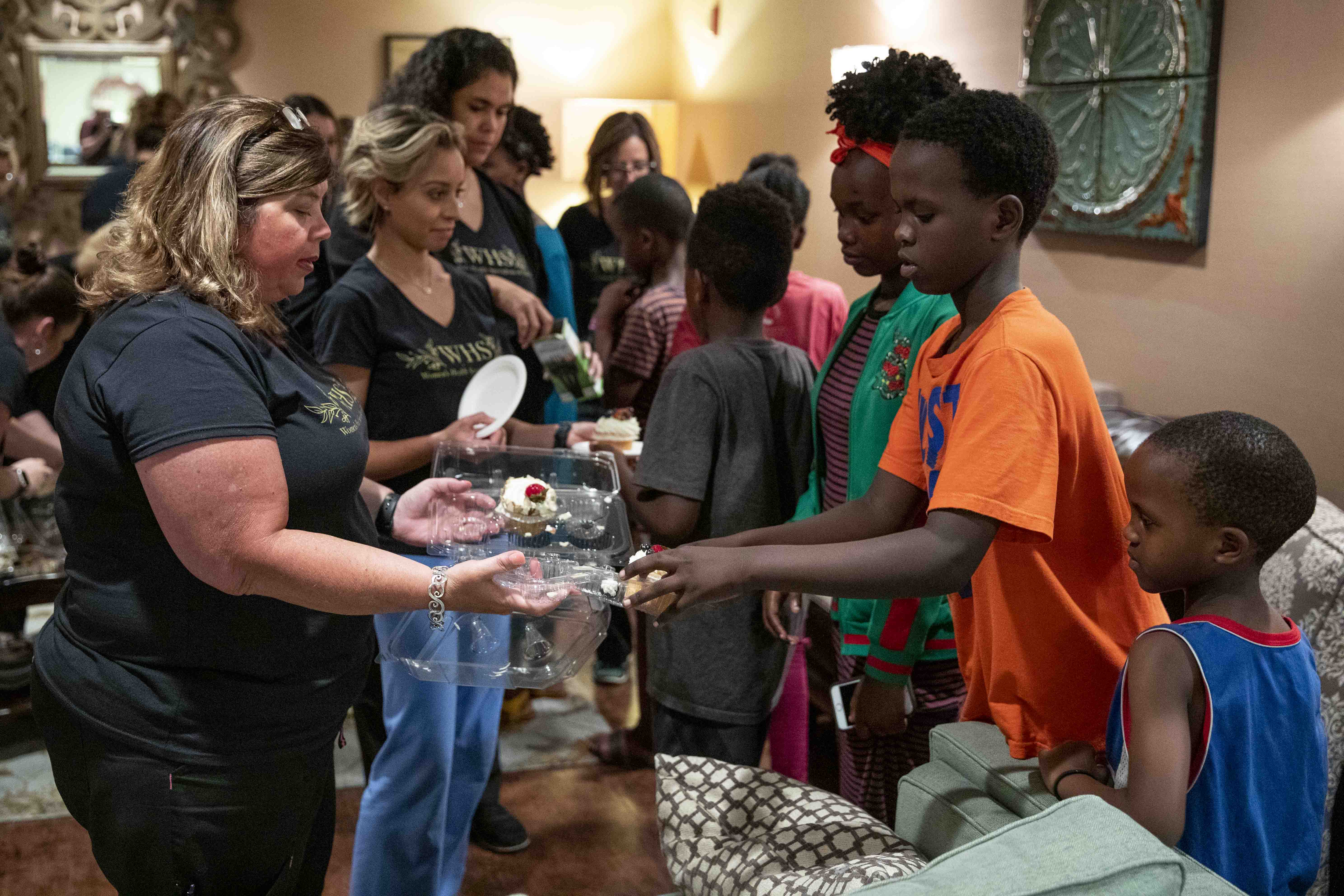 When they arrive in America, many refugees have only a suitcase or two to their name. While there are many resources available to refugees, they do not know where or how to access them. Project:Start wants to bridge that gap. Their office, located in the heart of Vickery Meadows, is easily accessible to the refugees in the area.

Project:Start is a Texas Baptists ministry which receives funding through the Mary Hill Davis Offering, a WMU-led offering that supports missions around the state of Texas. The 2019 offering has a statewide goal of $3.8 million and the Week of Prayer for Texas Missions is September 8-15, 2019.