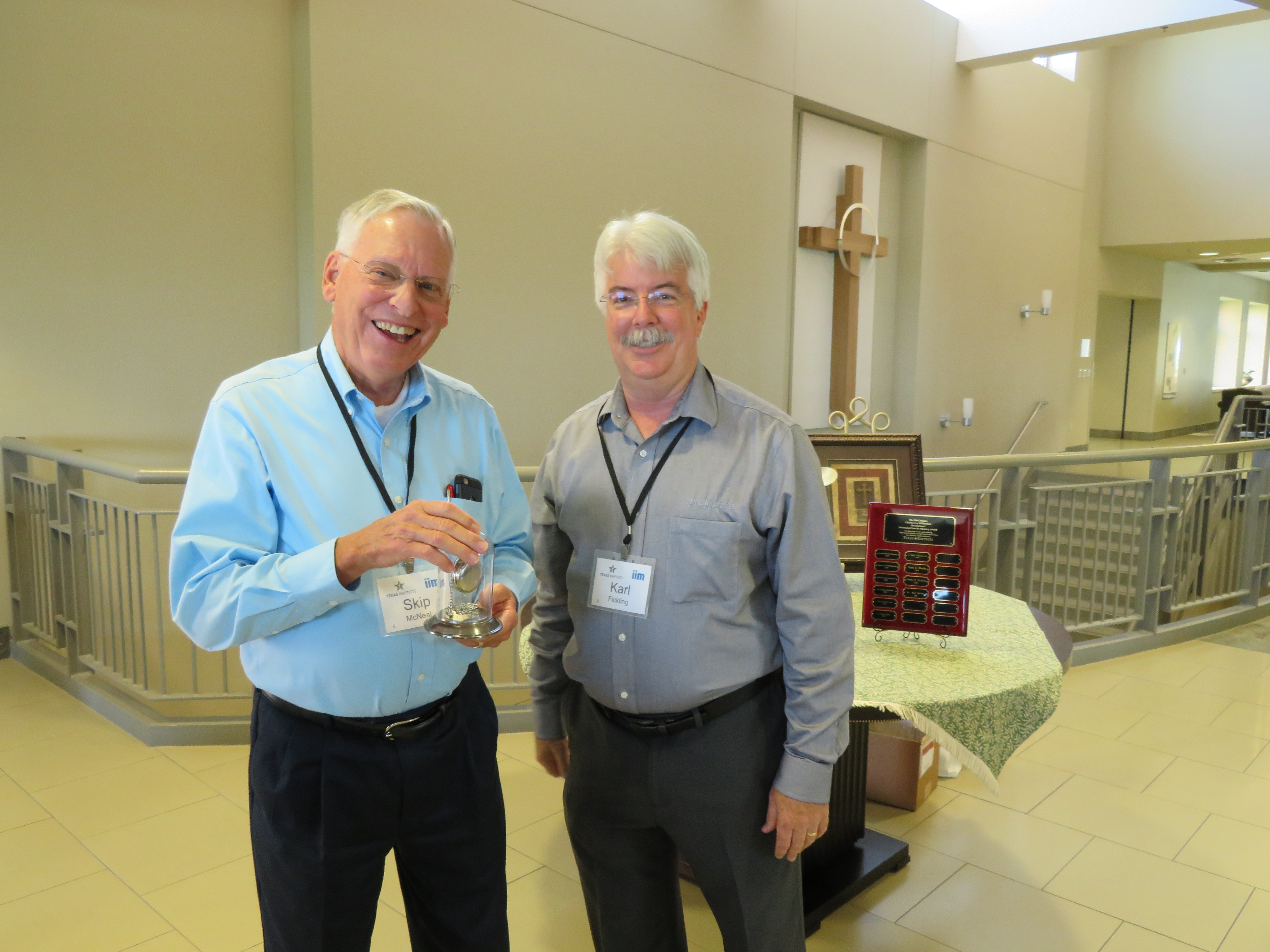 Dr. E. L. “Skip” McNeal received the MWD Award (named for Dick Maples, Charles Lee Williamson, and Jan Daehnert) on September 22 for his contributions in interim ministry while serving Texas Baptist churches. Dr. McNeal was accompanied by his wife, Mary, and 11 other family members during a luncheon at the annual Fall Update continuing education event for the Texas Baptists Interim Ministry Network, where the annual award is given.

Dr. McNeal retired after serving for 30 years at First Baptist Church, Sanger. He had also served on the Executive Board of the BGCT, in leadership roles in his association and in helping the BSM at North Texas University.

Retirement, however, really just meant a repurposing of his pastoral skill. After completing interim training with the BGCT, Dr. McNeal first served as traditional pastor in Alpine, where he and his wife provided support, caring, and guidance.

His first Intentional Interim Ministry (IIM) pastorate was First Baptist Church, Huntsville. After two difficult pastoral departures, the church’s active membership was overwhelmingly senior citizens, and active membership had declined by more that 50 percent. The year after Dr. McNeal’s tenure, however, the results of the IIM and Dr. McNeal’s leadership were evident. The church added over 90 members, which were primarily members of young families with children.

Currently, Dr. McNeal is moving towards closure at the IIM pastor at University Baptist Church (UBC) in Fort Worth. UBC is another church that has seen difficult days. A church split and a further decade of an additional 50 percent decline left the church “wounded, broken and torn.” During the interim period, however, Dr. McNeal has led the way in outreach, shepherded the members, modeled ministry for the staff, and helped those struggling with life’s most difficult times.

While pastoring the church during the interim time, he also guided the church through the “self-study” of Intentional Interim Ministry that helps churches address their issues before calling a new pastor. UBC is positioned for a positive future with the calling of a new pastor.

Dr. McNeal is quick to honor the hard work of the Transition Teams and the members of the churches he has served. He is careful to give all the praise to the Lord Jesus Christ.

Nevertheless, it is clear that he is gifted to assist churches during their interim transition time, and he is well-deserving to be the 2016 Recipient of the MWD Award of the BGCT.