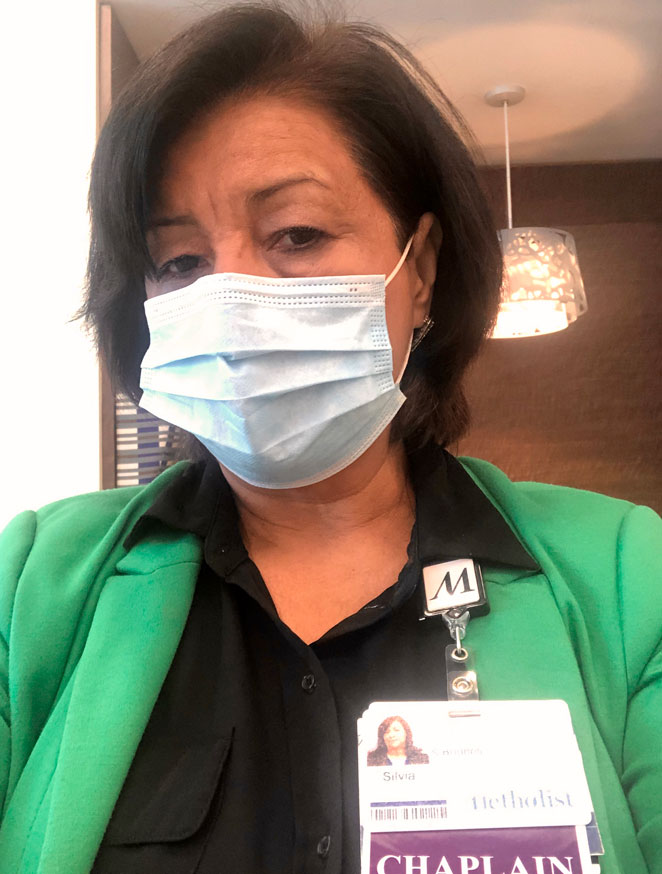 In her role as a Texas Baptist River Ministry missionary, Silvia Briones seeks to serve the Lord and the people of Houston in any way she can. In the past, this meant leading mission teams, hosting seminars for pastors and visiting immigrant families. When COVID-19 made these in-person ministries impossible, Briones found new ways to spread God’s love, both with people in her community and with people around the world.

In addition to being a River Ministry missionary, Briones has also been an endorsed Texas Baptist chaplain for seven years. She serves at Houston Methodist Hospital as a PRN chaplain, where she only works at the hospital when the situation demands. When the COVID-19 outbreak began, the hospital reached out to her and asked if she would serve. Though Briones was initially hesitant because she and her husband could fall into an at-risk category, she did not have peace about staying home while people in the hospital needed to hear from the Lord, so she went to work.

As a chaplain, Briones provides emotional and spiritual support to patients, family members, staff and anyone else who needed it in the hospital. She explained that it has been harder than usual to minister to patients, as visits are extremely limited to reduce the risk of exposure to the virus. To communicate with patients, Briones calls them over the phone. If necessary, she makes visits to non-COVID-19 patients, but only in extreme situations.

As the only Spanish-speaking chaplain at the hospital, Briones felt a burden to reach out specifically to patients who could not speak English.

“It’s been a blessing because I know a lot of the people are missing the spiritual and emotional care that others can have because they don’t speak the language,” she explained.

Furthermore, Briones is using her experiences as a chaplain to train others to do the same. She has been holding online seminars for a group of pastors and volunteers in Ecuador who wanted to minister to those affected by COVID-19, including those who have recovered and the family members of those that have passed away.

The webinars are in partnership with the Baptist Medical Association in Ecuador, which has been instrumental in recruiting pastors to help with this effort. They approached Briones about training them so that they would be able to better respond to the specific needs people impacted by the virus are facing. So far, four sessions have taken place, and Briones has plans for more in the near future.

Above all, Briones believes that the most important thing she can do during this outbreak is pray. She began to think of ways she could connect with other believers to pray with them for the world as the virus continues to affect people globally. 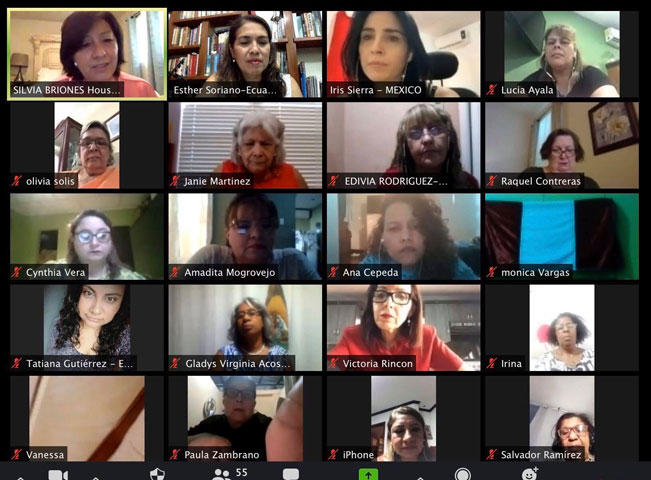 “Since we are staying home and can’t do anything, I was thinking about what I could do to help from home. I prayed about it, and I thought of a few friends who were in different countries who were my prayer partners. I asked them if they could help me plan a prayer meeting with more women from Latin American countries,” Briones said.

Their first prayer meeting took place on Easter evening. Forty-nine ladies from 13 countries joined together over Zoom to pray for the nations.

“It was really good,” Briones said. “We planned it for one-and-a-half hours, but it went for two hours. We really enjoyed it, and at the end nobody wanted to leave. So I said, well we’re going to plan another one.”

The second prayer call took place a month later on May 2. This time, over 70 women joined in, with one even calling in from as far away as Tanzania. After a short group Bible study, they broke up into small groups to pray specifically for issues related to the pandemic, such as finding a vaccine and comforting grieving families.

The women chose 2 Chronicles 7:14 as the central verse for their prayer calls. The verse says, “if my people, who are called by my name, will humble themselves and pray and seek my face and turn from their wicked ways, then I will hear from heaven, and I will forgive their sin and will heal their land.”

“I want people to know that anyone can do this. You don’t have to belong to this or that organization to participate. I want them to know that everyone can pray,” Briones said.

To learn more about Texas Baptist River Ministry missionaries and how your church can support them, go to txb.org/riverministry.