by Guest Author on August 14, 2019 in Great Commission 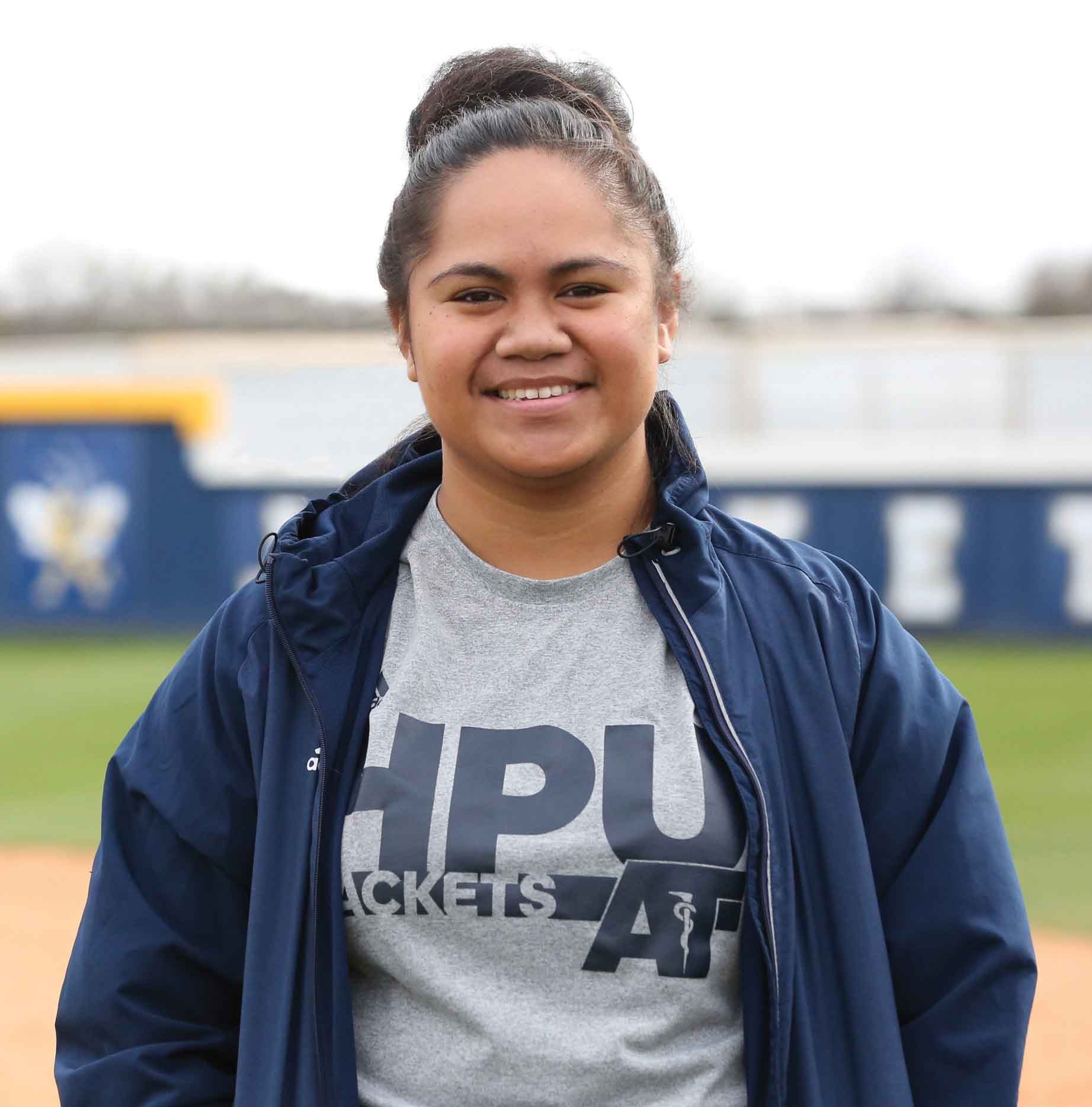 For most incoming students at Howard Payne University (HPU), the frequently asked question “Where are you from?” is a simple one to answer. They respond with the place they were born or where they attended high school. For others, however, the answer can be a little more complicated. This was the case for Foga’a Solomona-Afoa, a senior athletic training major and biomedical sciences minor, who grew up in a military family.

“Before Howard Payne, I was a military child so we moved a lot,” said Foga’a. “I usually tell people I’m from wherever my dad happens to be stationed, but sometimes that can be confusing for them.”

Foga’a was born in California, but spent the first few years of her childhood living with her grandparents in American Samoa, a small island in the South Pacific. When she moved back in with her parents, she lived a life on the move. Foga’a and her family spent time in several different states including California, Hawaii, Texas, Virginia and Washington.

“I liked getting to experience other states,” said Foga’a, “because, even though we’re all in the same country, every environment is different.”

Although she enjoyed experiencing different places, Foga’a admitted she was unsure about committing to a college.

“I knew college would be a four-year experience,” she said. “I’ve never lived anywhere more than a short amount of time so I was excited for it, but I also had doubts because I didn’t know how I would cope with it.”

Athletic training, which has had an important place in Foga’a’s life since high school, is the reason she initially chose to attend HPU.

“One of my high school certified athletic trainers knew that I was interested in training,” said Foga’a. “He suggested Howard Payne, because that was where he previously worked. It was one of the first places I toured and it was the perfect fit for me.”

Foga’a recently finished her second year in HPU’s athletic training (AT) program. As an upperclassman, she has been assigned to a specific sport and trains under the supervision of a certified trainer. Her sport for this semester is softball.

“It’s an opportunity to get hands-on experience and to apply the concepts we learn in class and use them in the field,” said Foga’a. “It’s scary sometimes, but the certifieds (certified trainers) are good about guiding us while still providing us with an opportunity to think things through and problem-solve.”

One of the people who has made an impact on Foga’a since her arrival at HPU is Larry Wall, HPU’s assistant athletic trainer.

“He does a really good job making your time meaningful,” said Foga’a. “He’s always positive. If I’m having a bad day, by the time I leave I can usually say I’m having a good day.”

Although Foga’a knew that training would play a major part in her life, she did not foresee the influence that being a resident assistant (RA) would have on her. Foga’a was first introduced to residence life by Angelica Ramirez, a senior biology major and resident assistant for the campus apartments.

“When I was a freshman, my RA was Angelica,” said Foga’a. “I think we bonded because I always locked myself out of my room and she would have to let me back in. She always invited me into her room and to church and encouraged me to go deeper into my own faith.”

After her freshman year, Foga’a applied to be an RA in Veda Hodge Hall, not realizing it would become the most influential part of her HPU experience.

“When I first applied,” she said, “I just thought of it as a job. I didn’t realize how it would help me grow and learn to deal with different people. Being an RA is sort of my ministry – to help new students and returners through different situations.”

Foga’a was apprehensive when she was initially hired, but over time has learned how to interact with her residents in a genuine way.

“Going into it, I was nervous because I only knew three people in my hall,” she said, “but it really helped me practice being intentional with people. I could see the difference between just saying hi to residents in passing and taking time out of my day to reach out to them.”

Foga’a, who recently completed her second year as an RA, expressed that Kelly Eason, resident director for Veda Hodge Hall, has also been a strong positive influence during the past couple of years.

“I love her,” Foga’a said. “She has really helped me open up and know when and where to do that. With Kelly guiding us and providing that small community for us among RAs, it’s a lot easier for me to confide in them. Our group has a lot of different personality types, which can be challenging, but it’s also really fun. I’m really proud to work with them.”

Foga’a’s involvement on campus has also largely contributed to her strong sense of community and spiritual growth. Since her freshman year, Foga’a has participated in Student Activities Council (SAC) and is a Jacket Ambassador. She also became a member of the Baptist Student Ministry (BSM) leadership team in fall 2018.

“This year I started on the BSM team,” she said, “and it has really challenged me as a leader. I have to walk beside other people and help them when they’re struggling.”

Keith Platte, HPU’s BSM director, has been an encouragement to Foga’a in her time on the leadership team.

“I’m grateful for Keith,” she said. “I think he’s perfect for his job. He always seems to know when I’m doubting myself and will ask about my ministry or if I’m struggling with anything.”

Having been raised in a deeply faith-based culture, Foga’a believed her faith was pretty strong when she first arrived at HPU. She was pleasantly surprised by the way HPU and the Brownwood community have helped deepen her faith.

“The interactions I’ve had since coming to college have helped me take ownership of my faith and helped it grow,” said Foga’a. “I’m really surprised with how much community and genuine relationships I’ve had since my freshman year, which is probably why I’m so attached to this place. The people here are amazing.”

After six semesters of living in Veda Hodge Hall, participating in student life and serving the student body in various ways, Foga’a has no doubt that she made the right decision in coming to HPU. She will graduate from HPU in December 2020 with a Bachelor of Science degree in athletic training and a minor in biological science. She plans to apply to physical therapy school after graduation.

“I was afraid that once I hit the three-year mark at HPU I would feel like it was time to leave again,” she said. “Now I don’t want to leave. I want to graduate from here.”