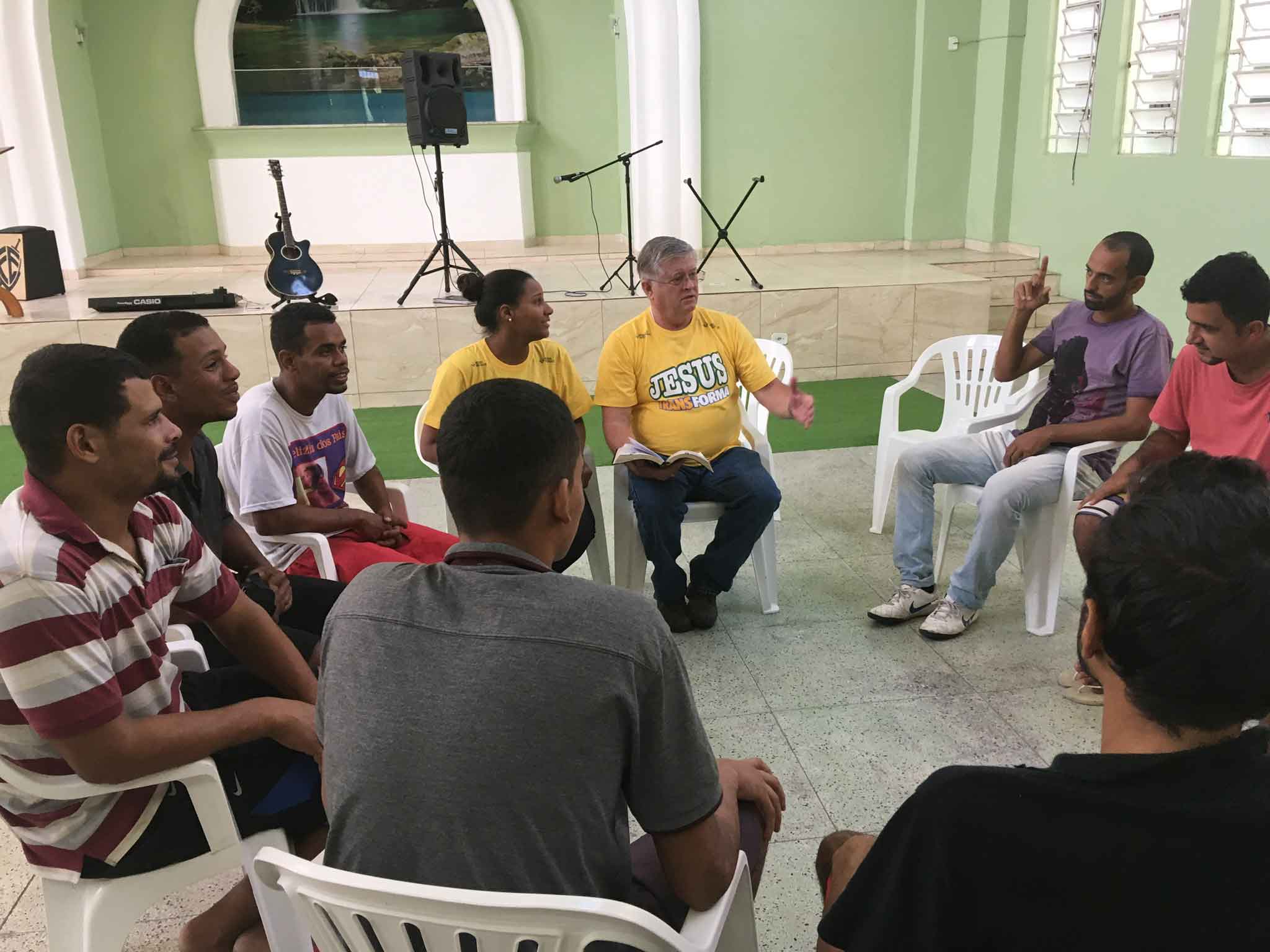 A small group of Texas Baptists stood in one of the various Baptist rehabilitation centers in Rio de Janeiro, Brazil, listening as a young man passionately recounted his salvation from a life of drug addiction through his newfound faith in Jesus Christ. As Rebecca Hernandez, associate director at Texas A&M Baptist Student Ministry (BSM), heard his story, she was overcome with awe at the emotion in the young man’s voice.

“He recalled how he used to eat out of the dumpsters to survive and I just stopped and thought about how many times he had told this story…” Hernandez said. “But he still remembers the brokenness and hopelessness that Jesus pulled him out of.”

Hernandez was part of a Texas Baptists mission trip to Rio de Janeiro in June to learn more about the ministries taking place there. Texas Baptists have had a partnership with the National Mission Board of Brazil for many years and are continually working to find more ways to be involved with their ongoing ministry.

The mission group focused primarily on drug rehabilitation and prevention programs. Crack cocaine addiction is a major problem facing many residents of Rio. People have lost their homes, livelihoods, and families due to their addictions. One area of the city is so full of addicts that it is referred to as “Crackland.” The Mission Board of Brazil has been working actively in that area with great success. 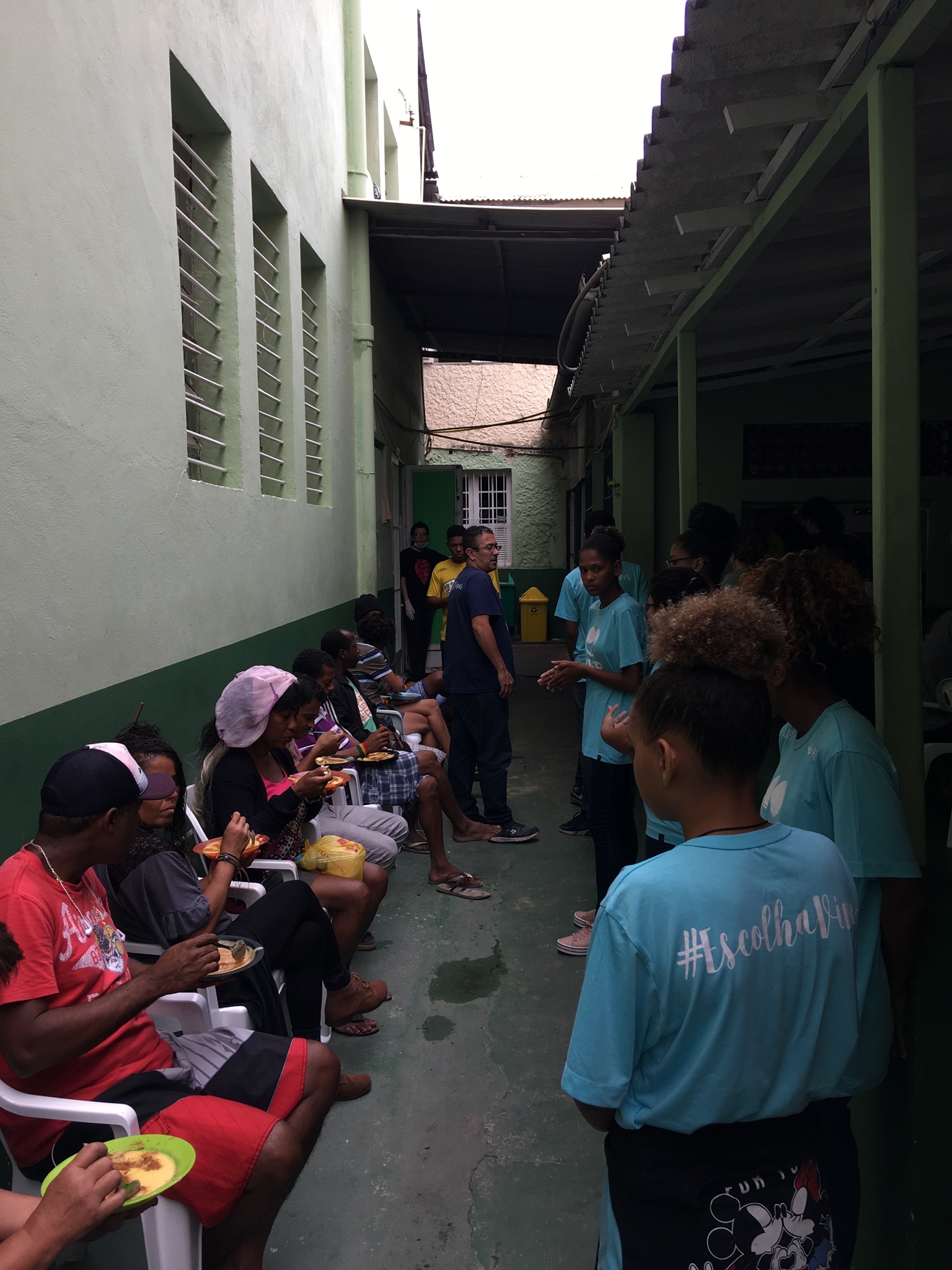 In order to combat addiction, churches have set up buildings where addicts are offered free lodging and food for 30 days. In exchange, they must attend daily worship services and stop drug use. After the 30 days, people have the opportunity to transfer to a one-year program that will help them withdraw from the drug completely. Then, a two-year program is offered that teaches a useful trade before members of the program rejoin society. These centers of rehabilitation are known as “Christland.”

The program has been extremely successful, said Eddy Hallock, a member of Tallowood Baptist Church in Houston and organizer of the mission trip. “Jesus is the difference,” he continued.“The detoxification is important, but Jesus is the reason they get off drugs.”

While the group was there, they met the men and women who joined the program and quit using drugs. The group served meals and preached daily sermons at the centers.

They also went to Lifehouse, where children of drug addicts participated in Bible lessons, sports, and other activities to see the benefits of a life lived free of drugs.

Throughout the trip, Hernandez and other ministry leaders learned about new ways to get their organizations involved in missions in Brazil.

“The hope was to go and look and see how [we] can get involved in Rio,” Hernandez explained. “There are some great opportunities to come alongside some young Brazilians that are missionaries there.”

One of the best ways Texas Baptists churches can get involved with Brazilian ministries is through the Missionary Adoption Program (MAP). Brazilian churches sponsor individual missionaries that go into small communities along the Amazon River for one or two years. They are also expanding to include urban missionaries, working in places like Christland in Rio.

Texas churches can come alongside Brazilian churches to raise that money. The money, which can be sent through Texas Baptists, goes to a specific missionary, who the church will partner with and receive updates about regularly. The MAP program is an affordable way for churches interested in supporting missions to get involved.

Texas Baptist churches and individuals have adopted 81 MAP Missionaries, 55 of those in Brazil. They are blessing communities with support and prayer, and are receiving that blessing back in reports from these church planters. There are still 59 MAP Missionaries awaiting partners, 34 of those missionaries are in Brazil. Those interested in adopting a missionary can email MAP at MissionaryAdoptionProgram@txb.org to learn more about the program.

Building a future together

The Texas Baptists partnership with the National Mission Board of Brazil continues to strengthen as mission trips and missionary adoptions take place. Josue Valerio, director of the Missions Team for Texas Baptists, explained that their partnership is based on creating ministries that can continue long after they have been established.

The 2020 Baptist World Alliance Celebration will take place in Rio. The Baptist World Alliance is offering vision trips in the days before the Celebration where participants can learn about mission work in Brazil. Hallock strongly encouraged Texas Baptists to take this opportunity, explaining that these trips are a great way for Texas Baptists to understand the work their convention is supporting and a time to consider getting involved in missions work in Brazil themselves, whether that be through a mission trip or adopting a MAP missionary.