by Shannon Rutherford and Grace on April 14, 2020 in Great Commission 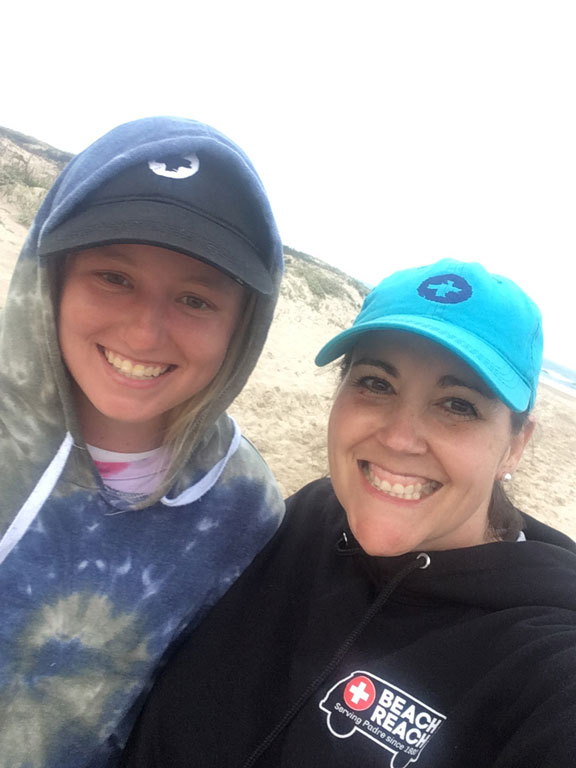 It was Wednesday morning and our team was beginning its shift to serve the pancake breakfast at the church. My role that day wasn’t driving one of the circulating vans that picked up Padre Island spring breakers, so I made my way to the church parking lot to greet hungry students ready to fill up on morning pancakes. As I came around the tent there was a girl I had met the night before. That night, we picked up a group looking for a ride to a house where they were planning to meet some newly introduced friends. Behind the driver seat sat a witty, sassy teammate who was the only one I could really talk to from the passenger seat. Perhaps much to her dismay, I had a captive audience!  When we arrived at the destination we assumed, like countless other rides, that “we won’t see them again.” I was wrong. This morning, there she stood, right in front of me.

We reintroduced ourselves, and I learned that her name was Ace. I was curious about her story, so now that we had more time to talk, we began to visit. As conversation progressed, I asked what her faith was. Quietly she stared at me with a grin and finally said, “God and I are fighting.”

“Well, I drove over 20 something hours to get away from Him to come party and He keeps showing up.”

Ace, whose given name I later learned was Grace, had brought her two friends to pancake breakfast. We ended up in a conversation because she walked away from the table where other Beach Reachers were sharing Jesus with her teammates and she really didn’t want to hear it. Over the next two hours we talked about her life and how she had committed to follow Jesus, but how she felt like she had failed. She wasn’t ready to give up the life she was living to follow Jesus again. What if she failed…again? What if God was asking her to give up the rugby team, and how could she ever lead these girls out of this lifestyle if she was the one who led them into it?

As we talked, we were also keeping our eye on what was happening at the tables with her teammates. They were in significant conversations. Ace wasn’t ready for them to follow Jesus. Maybe more than “not ready” for them to, it was really that she couldn’t imagine that they would. Then we watched it. We stood there as one of her teammates bowed her head in prayer, choosing to follow Jesus! “Is this real?” Ace asked through tears in her eyes. Then a Beach Reacher turned and started talking to her other teammate. Ace looked at me and said, “Not her, He (Jesus) can’t be going after her.” Jesus was and did because a few minutes later we watched her other teammate begin her journey with Jesus. Ace proclaimed, “This can’t be real! Things like this don’t happen!” Sometimes in the Kingdom of God they do, and it is the most real life.

Gr(Ace): I’ve heard stories of God working in people’s lives, but Wednesday morning not only was the first time I’ve truly seen God work in the lives of my friends, but the first time I felt God touch my heart in a very long time. I remember just saying “This is wild or this can’t really be happening”. I honestly don’t have the words to describe the act of watching God move into the lives of my friends. It was remarkable. I remember this day like it was yesterday. The morning of March 11th, I witnessed my friends commit their lives to Christ.

Later that day and into the next, there were more conversations. Ace was going to have to decide if she believed that her relationship with Jesus was real and if it was worth it. She is a leader in their group and in subtle ways she was beginning to lead them, even when she wasn’t sure yet who she wanted to follow for herself. She led them to come to worship with us each night. She led them by staying outside the bar talking to another newfound Beach Reach friend named Josie from UT Tyler. She led them by inviting them and another teammate to come to Baptisms. The big question for Ace was, would she continue to lead them to Jesus?

The last night we were on the beach for worship. Ace and I talked about where she was with Jesus as we were watching her teammates joyfully take pictures with their friends that led them to Christ. One last time I asked, “Ace, you are leading this team, so where will you lead them? Do you love them enough to lead them to Jesus?”

Gr(Ace): The following days I was in a constant battle with the idea of fully surrendering my life to Christ. I came to Padre with two intentions. 1) To party and 2) To escape reality. I was living up to these intentions until I began to connect with the Beach Reach crew. After connecting, I believe my heart wanted to surrender. Although that’s how I felt, I was too stubborn to let God come back into my life. I wasn’t sure I wanted to give up the life I was living. I was fighting with God and was doing everything I could on my own.

Each day when I thought I could escape it God would once again show up. One day, I remember telling my friends that the next van we get into I will not be saying a word (to avoid all interaction possible), and we can pretend I only know sign language. As I sat quietly I listened to the conversations and one of the leaders on the van shared with us how she is studying American Sign Language. That’s when I knew just how ridiculous it was to try and fight a battle against the one who conquers all.

Throughout the trip, I kept finding myself back at the pancake breakfasts, at worship, or ministry on the beach. God was pursuing my life each day, and each day I physically saw God at work and it was astonishing to me. I came to Padre to party with my friends, but each night I found myself in life-fulfilling conversations outside the clubs. God continued to work on my life and show me through these conversations that He is everlasting and all the worldly satisfactions are just temporary. Choosing to rededicate my life to Christ was one of the best decisions I made on the trip. I left Padre with a full heart. I left knowing that I was going to live a life that represents Christ and that I was going to do my best to lead people to the one who saves.

That night on the beach, Ace stepped into her name, Grace. Even though we all left the Island a day before her, she reached out the next night. Brenda Sanders, our Go Now Missions Director, was still there and was able to meet up with Grace to encourage her and help her make good decisions. She was already choosing to follow Jesus even before she left Padre, and she would text ways that she was seeing God at work the next days as she and her team drove the 20 hours back home. They were returning home with more than a cheap souvenir. They had new friendships and more importantly, a new relationship with Jesus. That is Grace.