Something that I have realized the past few weeks is that God speaks back. I don’t just pray hoping that the Lord will work, but I am talking to my Lord who cares, hears and answers. My team and I have been taking intentional time to listen and hear what the Holy Spirit has to say and who He wants us to engage with. Two days ago, my team and I sat in silence for five minutes listening. The Lord brought blue speckles to my mind. I thought, ”What? God ... how are you going to use that?”

As we went about our day (all the while searching for blue speckles), we began to engage in coffee evangelism in the afternoon. As we sat at the table about to leave, my friend looks out the window and exclaims, “Blue Speckles! Her scarf has blue speckles!” We saw a Muslim woman with a blue speckled hijab (headscarf) walking into the grocery store below. 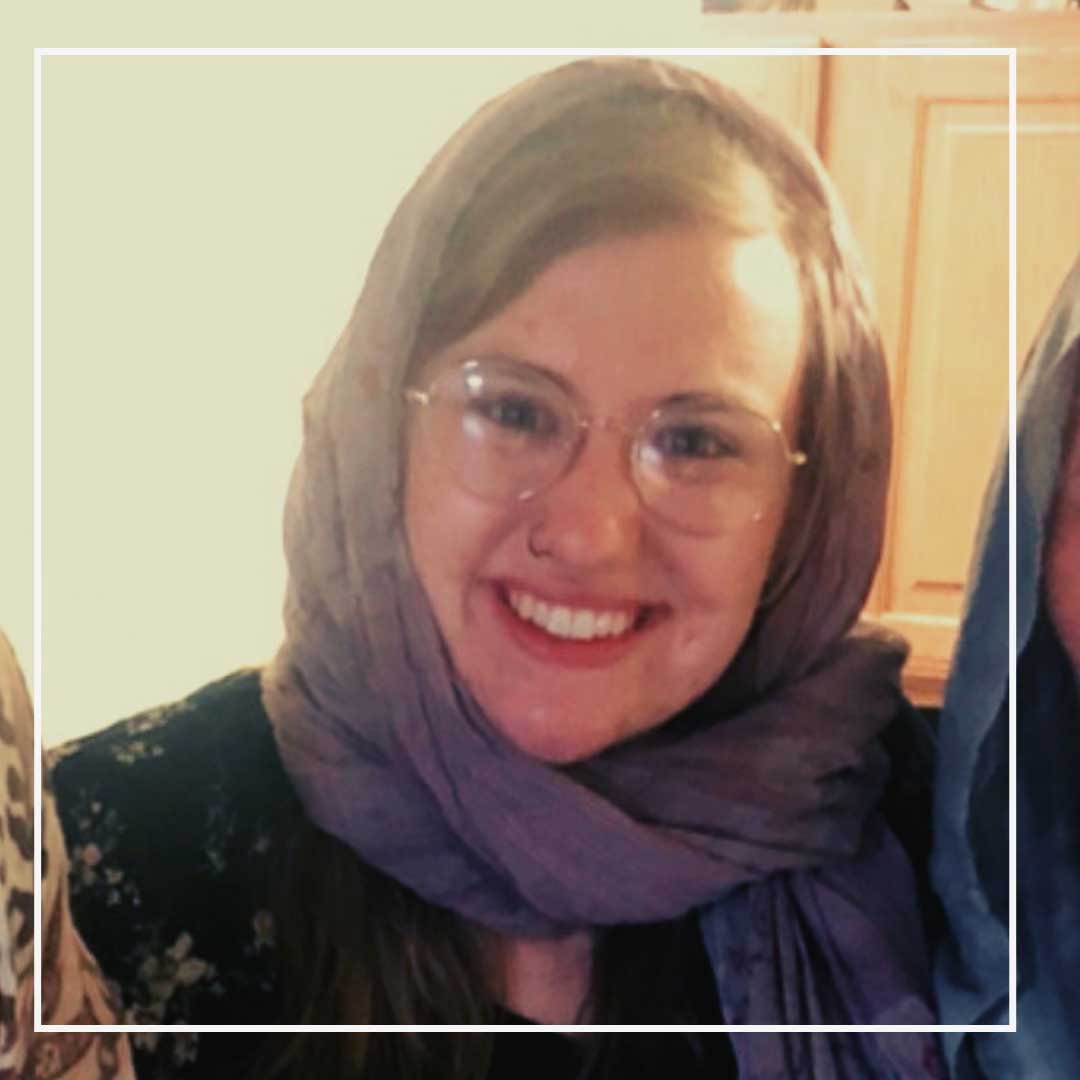 We raced down to the grocery store, but it was clear that Satan wanted to hinder us. The police officer at the door of the grocery store stopped my friends and I saying that the three of us could not enter with our backpacks. This was crazy, because the day, before about eight of us had entered with our backpacks with no opposition. One of us stayed with the backpacks while the other two rushed in. We speed-walked as we searched the entire store. We did not find her until we were headed back to the entrance. The woman was buying fish.

My friend and I stood nearby pretending to compare the prices of the fish (even though neither of us really like fish!). Eventually we asked her which kind of fish she liked the best, and that began our conversation with Hannah* from Iraq. She was so kind and gracious towards us that she extended an invitation for us to come into her home. We left the grocery store with a plan to call her the next morning to set up a time.

The next morning, I called. There was no answer. I ended up leaving a voice message. I called again a few hours later. No answer. By this time, I started to get nervous that this meeting would not happen. I called for a third time later in the afternoon while at the same time my entire team was praying that she would answer and be open to meeting. She answered. It was hard to understand with her not being fluent in English and me not knowing Arabic, but I got the idea that she may be too busy. All at once, the conversation shifted, and she said that she wanted us to come at 6:30 p.m. that day. What a miracle! Let me tell you. I have met few people as hospitable as they were that day.

We talked with Hannah and her husband for almost two hours, but it seemed that the time flew by. It was such a wonderful time. The whole time that we were talking, I was praying that God would open a bridge in the conversation for me to bring up the Gospel, because I did not want to force it. I prayed that the couple would ask questions. Randomly, the husband asked us, “Are you happy?” This was a perfect bridge. I went on to ask if I could share what changed my life and brought me the greatest joy. They wanted to hear, so I shared the Gospel with them using the Three Circles Method. That was probably the first time that they had ever heard the Gospel. They responded with interest and respect. They heard the Good News of Christ.

The crazy thing was that her scarf actually had leopard print on it, not blue speckles. It just looked like it had blue speckles from afar. It made me think of Phillip in the Bible. God told him to go to Gaza. He never got to Gaza, but he had to be going that direction to get to the Ethiopian Eunuch in the chariot. It was not about the destination, but the person God was guiding him to. It was never about the blue speckles, but about the woman God was guiding us to.