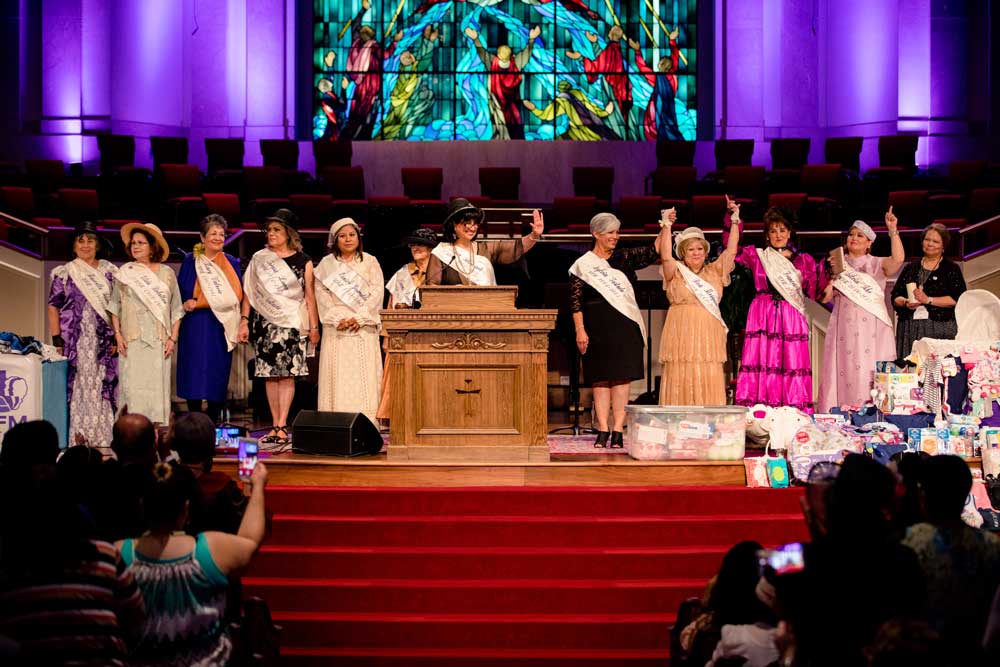 Primera Iglesia Bautista San Marcos, the birthplace of UFM, hosted a celebration on June 24. UFM Executive Director Bea Mesquias and her husband, Richard, also presented a $100,000 endowment in recognition of the anniversary to further the ministry’s impact. The couple saw a great need for a home health service in South Texas and in 1994, began Bee First Primary Home Care and Hospice. Mesquias served as a past president of UFM and was the first woman president of Convención.

“God has opened many doors for us. The money goes and comes and we give it back to the Lord,” she said.

In other business, three bylaw changes were approved by messengers. The first amendment will allow Convencion officials to move the date of the annual gathering as needed, including moving the meeting to July 29-31, 2018, for the Texas Baptists Family Gathering. The second amendment granted authority to the Executive Board to institute a registration fee for Convención attendees beginning in 2019. The messengers also approved a process of membership consisting on two layers: affiliated and cooperating churches. The first group will continue to participate in the various activities and initiatives of Convención but will not have the privilege of sending messengers. The second one will provide regular and systematic financial support and its members will be able eligible to be messengers, officials and hold any leadership position in Convención.

“Part of our theme of transformation is for our Hispanic churches to transform our minds for more collaboration with BGCT initiatives through the Cooperative Program and the development of new programs through Convención. We need to develop a comprehensive plan for our Hispanic churches to cooperate together for maximum impact and for the benefit of more than 1,060 Hispanic Churches in our state. Convención exists to equip, activate and make a lasting impact together,” said Convención President Rolando Aguirre.

“The BGCT continues to be our biggest partner in ministry, since 1969. Together we can work to advance the Kingdom of God,” Aguirre continued.