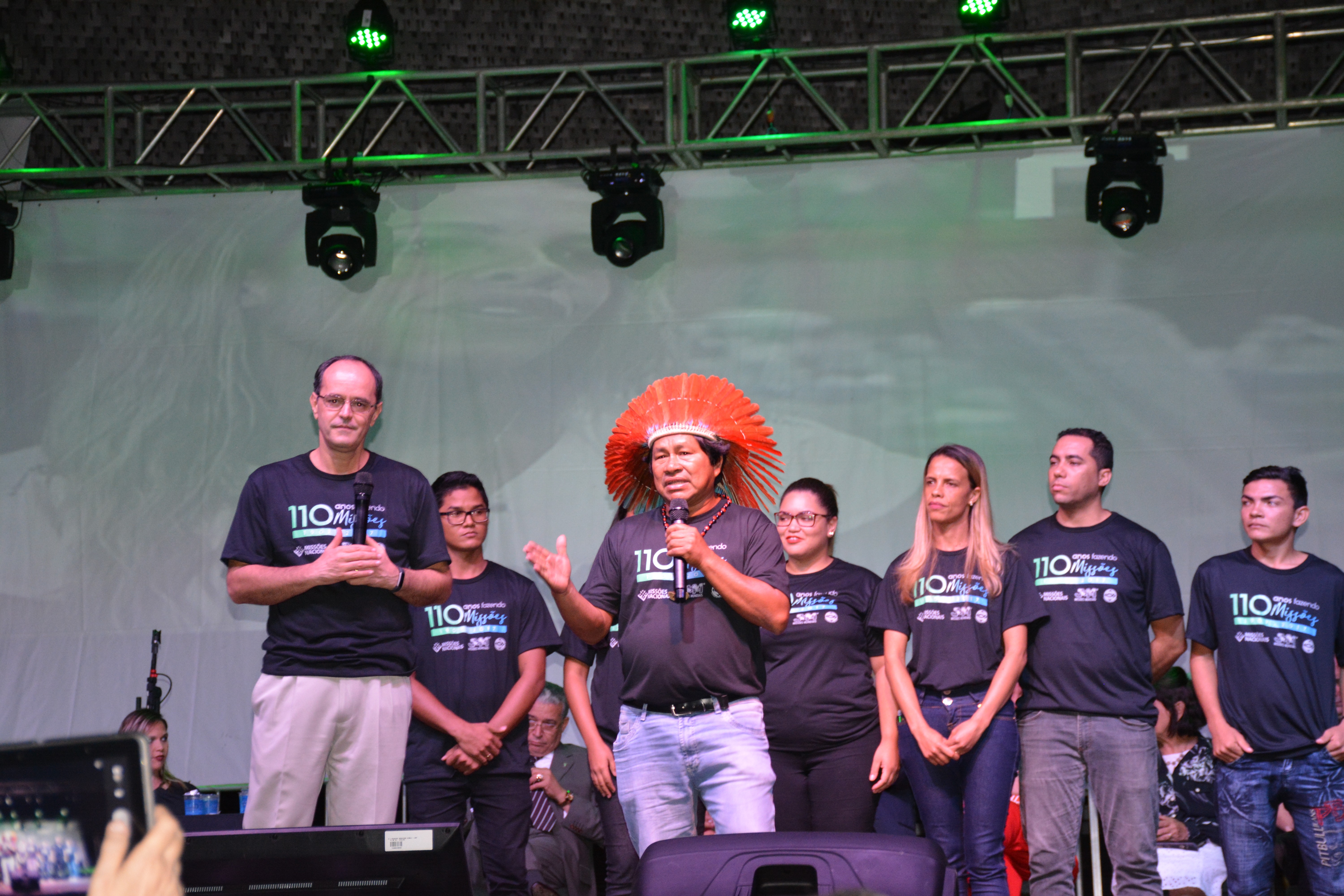 “I was so thankful to express, on behalf of our Texas Baptists family, how deeply committed we are to seeing the lost evangelized in the Amazon region,” said Reeves, pastor of First Baptist Church of Corsicana.

In addition to bringing greetings during the general session, the leaders were able to meet with several people supported through MAP and hear stories of the impact of the missionaries’ work along the Amazon.

“It is encouraging to see our Missionary Adoption Program is working,” said Hardage.

The leaders met Andre de Silva and Germana Alexandria Matheus, who previously owned and operated a successful dental practice in Rio de Janeiro. God opened their eyes to the needs of the indigenous people after the couple went on a mission trip to the Amazon. They then left behind their business and invested all of their savings into supplies for mission work. Now, the Matheus’ travel into villages along the Amazon and provide medical and dental care, seeking opportunities to share the Gospel with many who have never heard. 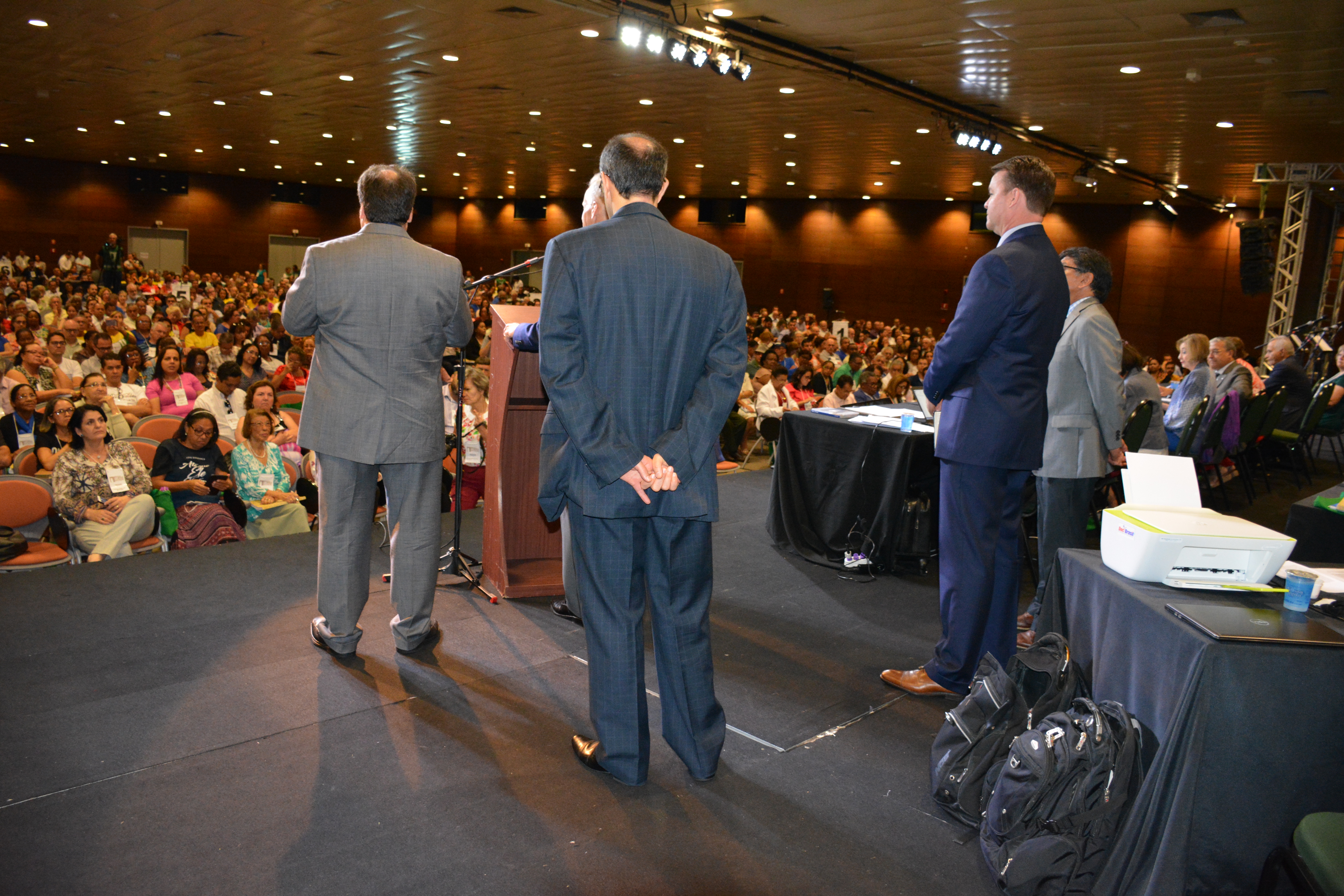 “I want to bring Christ to every community [along the Amazon],” Germana Matheus said. “We are bringing dental and medical services with the intention of sharing Christ with them.”

The Matheus’ see their work as a means of strengthening the work of church planters trained and commissioned by Brazilian Baptists and now supported by Texas Baptists.

Another church planter they met was Ediardson Maciel Lima, a 20-year-old from a community along the Amazon. Lima came to know the Lord through one of the leaders of the Amazon project. He is the only person in his family of 14 who is a believer. He now wants to devote his life to sharing the Gospel with people from his community.

One of the greatest barriers Lima faces is the lack of support from his family members who do not understand why he is a missionary. He has found support through Brazilian Baptists at the Amazon project. He has seen changes in his character, moral and spiritual life since becoming a church planter.

“I would like to have a family someday but I want to keep sharing the Gospel with the people in the Amazon,” Lima said. “I cannot imagine myself doing anything else.” 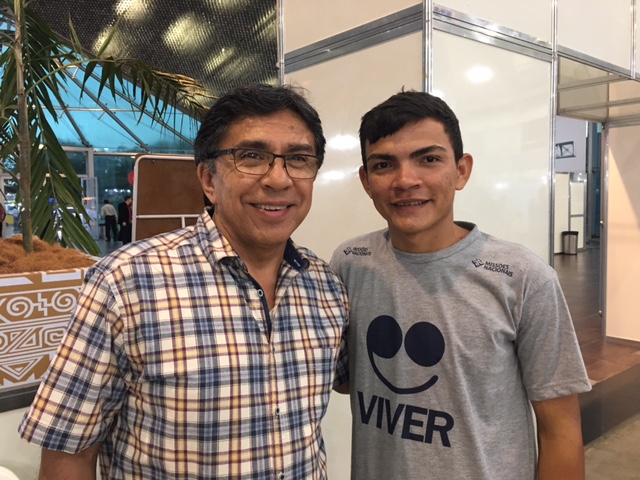 Through the Missionary Adoption program, participating Texas Baptists churches commit to $150 a month, which funds the training and supplies necessary to commission one missionary to an indigenous people group along the Amazon.

“There is extreme poverty in the region and it is amazing to see how God has used that to touch their lives and for them to stay and serve,” Valerio said. “There is a sense of fulfillment and joy in what they are doing for the Lord.”

The faces in those communities along the Amazon, which have been abandoned by the government and modern civilization are being made visible through MAP and the missionaries serving there, said Valerio.

During their visit, the Texas Baptists leaders learned of 36 new missionaries ready to be adopted by churches.

“The enthusiasm and their passion for missions is amazing and contagious,” Valerio said.

To learn more about adopting an indigenous missionary to Brazil, visit texasbaptists.org/map.