Ward Hayes elected to serve as CFO/Treasurer for Texas Baptists

DALLAS—Ward Hayes, senior pastor of Valley Grove Baptist Church in Stephenville and current board chair, was elected to serve as the new Chief Financial Officer (CFO)/Treasurer of the Baptist General Convention of Texas. The Executive Board approved the nomination of Hayes, a Texas Baptist pastor and Certified Public Accountant (CPA), by a ballot vote on Feb. 18 during the board meeting. Vice Chair Donna Burney announced the unanimous result approving the nomination. 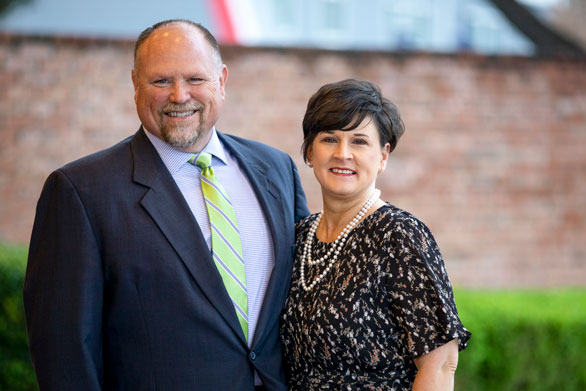 “The only way we were able to make this decision was through prayer,” said Young. “If it weren’t for prayer, we’d still be meeting. Through prayer, God moved us to Dr. Hayes.”

“The committee was thoughtful and prayerful in seeking God’s direction,” Hardage said. “I look forward to Ward’s work alongside us, and how he will serve you as Texas Baptists. He comes with our highest recommendation.”

In this position, Hayes will provide quality administrative support and direction for the BGCT Executive Board staff operation in the areas of budget, finance, accounting, information systems, building and support, convention planning, and related resource support. He will assume the position on March 2.

“I am excited to see what God would do in the opportunity to meld ministry and missions through this position,” Hayes said following his nomination. “I know from the business standpoint that Texas Baptists have many strengths to share. Also, from the church perspective,  I understand the needs of cooperation and the things we can do together that we can’t do apart.”

“I’m excited about the contribution Jim has made [in the interim]. We all owe him a great debt of gratitude,” Richmond said.

Born and raised in the West Texas community of Rotan, Hayes committed his life to the Lord at the age of eight at the First Baptist Church of Rotan.

Hayes has served as pastor of Valley Grove since 2013. While at the church, he saw incredible growth and blessings including four building programs and an expansion of mission partnerships including a church plant in El Salvador. He answered the call to full-time pastoral ministry in 2003 at Trinity Baptist Church in Sweetwater, after a career as a Certified Public Accountant (CPA). He served as pastor at Trinity Baptist for 10 years where he led the church through great growth, ministry and four successful building campaigns.

Through his career in finance, Hayes worked for the National Bank Examiners in Amarillo, three years at a public accounting firm, and Vice President of the First National Bank of Rotan from 1993-2003. He earned his CPA license in 1993.

Hayes earned his Bachelor of Business Administration from West Texas State University (now West Texas A&M) in Canyon. He also holds a Master of Divinity and Doctor of Ministry from Logsdon Seminary in Abilene.

He served on the Board of Trustees for Hendrick Medical Center in Abilene, including terms as Board Secretary, First Vice Chairman and Chairman. For the last five years, Hayes served on the BGCT Executive Board, including service on the Finance, Executive and Personnel Committees, and as Finance Chair and current Chair of the Board.

Hayes is married to his high school sweetheart, Jenna. The couple has three children: Tate, Mackensey and Hanna.