Bayamo, CUBA - Two Texas Baptists leaders from the Great Commission Team recently returned home from a week of ministry and missions in Cuba, approximately one week before the death of Fidel Castro.

For Joshua del Risco, evangelism lead for Texas Baptists’ Great Commission Team, it was a return to the country of his birth. It was also a place he fled at the age of five with his family, following threats from the government regarding his father’s opposition to Castro’s leadership. Two of his uncles were killed by Castro’s regime. His older brother was also denied exit from the country alongside his family and was held in Cuba for nearly 30 years due to his profession as a doctor.

Returning to Cuba had not been a plan for the majority of Del Risco’s life, but three years ago while working for the North American Mission Board, the opportunity presented itself and he followed the Lord’s leading. 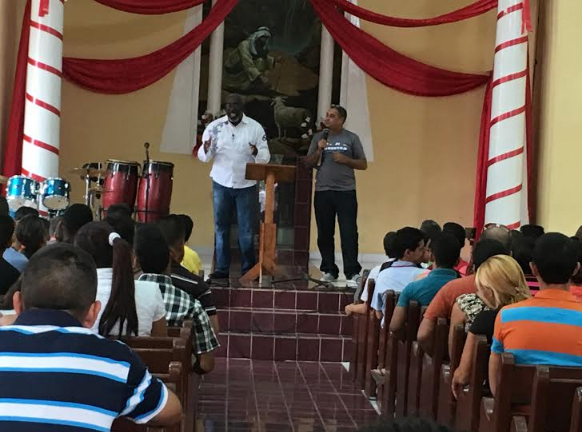 Accompanied by Delvin Atchison, director of the Great Commission Team, the trip was planned at the invitation of the Eastern Baptist Convention of Cuba to speak at their Congreso youth evangelism event. Congreso was hosted by Primera Iglesia Bautista Bayamo, with 800 students and youth ministers from around the Eastern region of the country in attendance.

“It was a phenomenal experience to be with them,” Del Risco said. “I shared a message of hope for the change that will come. I told them God is looking for a generation of young people to bring about change, not knowing Castro would pass away a week later.”

Atchison also shared a message with the young leaders about following the dreams God has designed for each of their lives which was very warmly received.

Del Risco and Atchison viewed the trip as a beneficial opportunity to encourage pastors, youth leaders and young people to grow and embolden their faith. Several decisions for Christ were made during the conference, along with many students responding to God’s call to ministry in their respective fields.

“The Cuban people have a tremendous dependence on God, and reliance on the Holy Spirit,” Del Risco said. “It is really refreshing and very moving to see how these people are so committed to the Lord. They know their existence is because of Him.”

Texas Baptists host a similar Congreso event each spring, igniting youth with a passion for evangelism and sharing their faith with others. In 2017, Texas Baptists’ Congreso will be live-streamed in five locations around Cuba, with an opportunity to train and reach hundreds of students. Additionally, several key leaders from Cuba’s Congreso will be present at the Texas event, providing an opportunity for youth ministers to learn about ministry opportunities for their groups in Cuba.

“Our goal is to give our Congreso a greater global vision,” said Atchison. “We want to reach students from Baylor [Texas] to Bayamo [Cuba]. Lives are touched the same way, through Christ.” 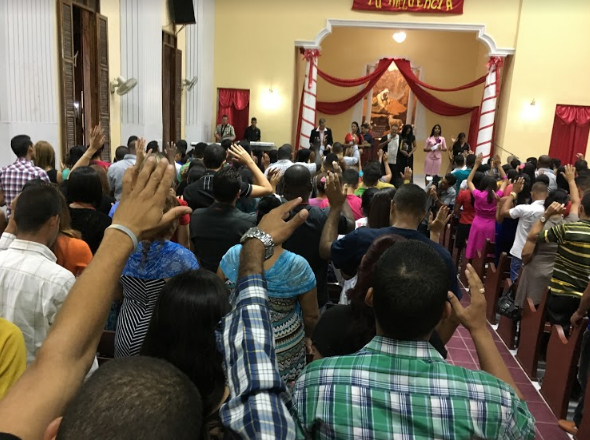 In the poverty-stricken country of Cuba, many pastors live on as little as the equivalent of $8 US dollars a month. Few places have hot water, food is scarce and the churches have many material needs. Despite difficult circumstances, Del Risco and Atchison found a thriving faith and determination among believers.

“There are a lot of needs, but that has fueled the Church,” Del Risco said. “What drives them is their love for the Lord. They are all about preaching Christ and the hope which we have in Him.”

Del Risco hopes this new information partnership will open many new possibilities for expanded ministry between the two conventions.

Atchison was accompanied by his wife, and eight other family members as a family mission trip, honoring their parents. While in Cuba, they were able to connect with Segunda Iglesia Bautista de Jiguaní, a local church plant in need of assistance for purchasing land for a church building. The Atchison family provided funds to purchase the land and financial assistance towards materials for the new structure.

“My desire is to get others involved in this very important work,” said Atchison. “The American Church can learn, whatever state we are in, to be content and involved in something greater.”