Board members unanimously elected Ward Hayes, senior pastor of Valley Grove Baptist Church in Stephenville, to serve as the next Chair. Donna Burney, a member of First Baptist Woodway, was elected to serve as Vice Chair for 2020.

The board approved the proposed 2020 Texas Baptists missions and ministries budget of $35.1 million, with an additional $1,150,000 proposed for the 2020 Worldwide Missions and Partnerships. Specific allocations for church starting, campus missionary interns and the Center for Ministerial Excellence were also approved.

The budget reflected a reduction of $800,000 from the 2019 budget, based upon anticipated Cooperative Program giving. Gifts to institutional ministries of the convention were reduced by 5% to reflect the decrease in Cooperative Program gifts. The budget will be presented to messengers of the Annual Meeting in November for final approval.

The second order of business to be considered by messengers to the Annual Meeting relates to a change in agreement with the Baptist Church Loan Corporation which will maintain a strong relationship with the organization, but allow for more flexibility in working with out-of-state churches. 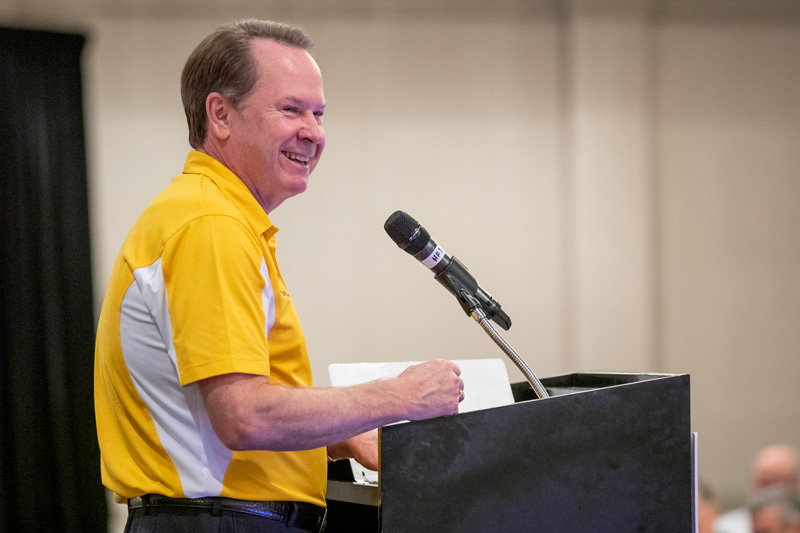 Mickey Lenamon, executive director/CEO for Texas Baptist Men (TBM), shared an update on TBM response efforts in Southeast Texas following recent flooding caused by Tropical Storm Imelda. A feeding unit is set-up at First Baptist Church of Nederland and equipped to feed up to 10,000 people per day. The first deployed feeding unit served many first responders and individuals displaced by flooding in Orange. Additional shower and laundry units, as well as several mud out units are prepared to serve as needed in the area. The impacted area was hit by Hurricane Harvey two years ago and many impacted by the flooding had only recently recovered from the previous disaster.

During his Monday evening address, Executive Director David Hardage recognized outgoing Associate Executive Director Steve Vernon for his 11 years of service to the convention. Vernon announced his retirement at the May board meeting, with plans to retire effective Jan. 2, 2020. Hardage also outlined a new shift in focus for Church Starting strategies emphasizing quality over quantity and new replanting efforts for plateaued and declining churches.

President Michael Evans drew from Luke 14 and encouraged board members to live compelled to share about the redemptive power of Jesus with all who they meet.

“We have a story to tell,” Evans said. “If we are about the business of compelling people to God, we are called to treat everyone right.”

Evans invited board members to attend the 2019 Annual Meeting in November and to invite fellow church members and communities to join together for the statewide event. 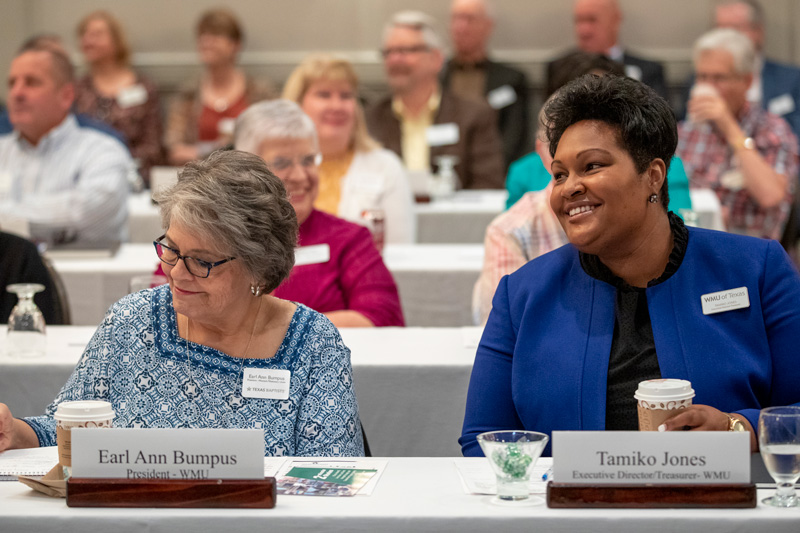 In other business, the following individuals were elected to fill vacancies on councils, committees, and boards of affiliated ministries: