Over the last month, Texas Baptists River Ministry missionaries who serve in McAllen, Laredo and El Paso have seen a significant decrease in the number of immigrants crossing into Texas. Simultaneously, missionaries serving on the Mexican side of these border communities have seen increased needs. This transition is a result of the Migrant Protection Protocols (MPP), a U.S. Government action that went into effect in early August and requires asylum seekers to wait in Mexico until their scheduled court dates in the United States. 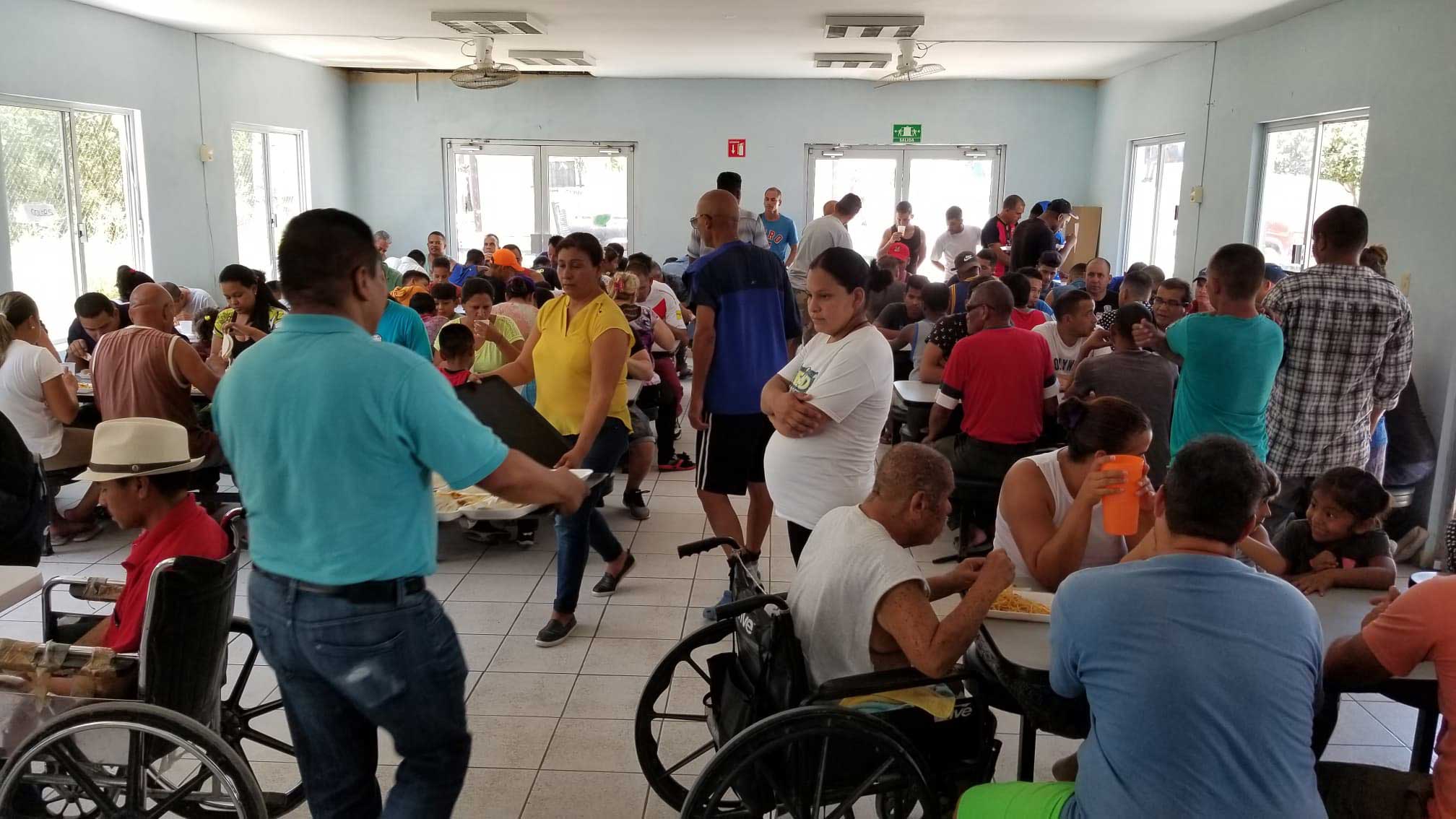 River Ministry missionary Pedro Munoz connected with Senda de Vida, a local Christian shelter in Reynosa, Mexico, which is able to provide basic necessities to 250 immigrants, but is currently supporting more than 450 people. Munoz said when he heard about the shelter, he met with several local house churches to see how they could respond. Nine churches came together to serve a large meal to 100 people. That day, the food they brought fed 355 individuals. They also prayed with 18 people who made professions of faith in Jesus. The churches were burdened by the need and now have a goal of providing one meal a week at the local shelter.

As a result of a $12,000 care grant from the Texas Baptist Hunger Offering, River Ministry Director Daniel Rangel was able to send funds to Reynosa to respond to immediate needs for food. Additionally, he plans to send 1,000 toiletry kits for shelter residents. 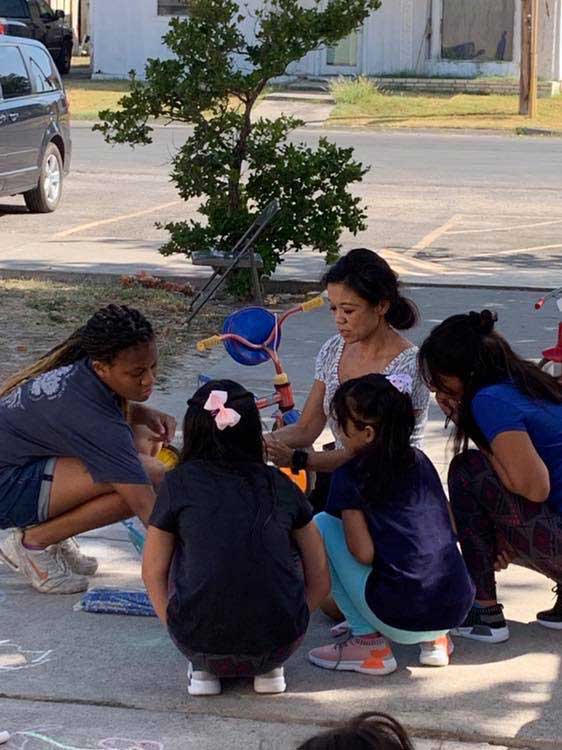 Ruth Ortiz and her family have seen a decline in immigrants passing into Laredo, however, there is a significant need in Nuevo Laredo, Mexico as more individuals are staying in the city for longer amounts of time. Currently, the Ortiz family cares for 85 immigrants in Nuevo Laredo in a temporary shelter and works with local churches to provide meals to 200-300 deportees a day. Lerma and Ortiz both expressed gratitude for the increased number of Texas Baptists churches who sent mission teams over the summer to support their work.

“Our River Ministry missionaries are a key component of the work we do,” said Rangel. “They are aware of the local need and have firsthand experience with what is happening. When groups come to work with them, they are able to guide churches to activities that are effective and areas that are receptive.” 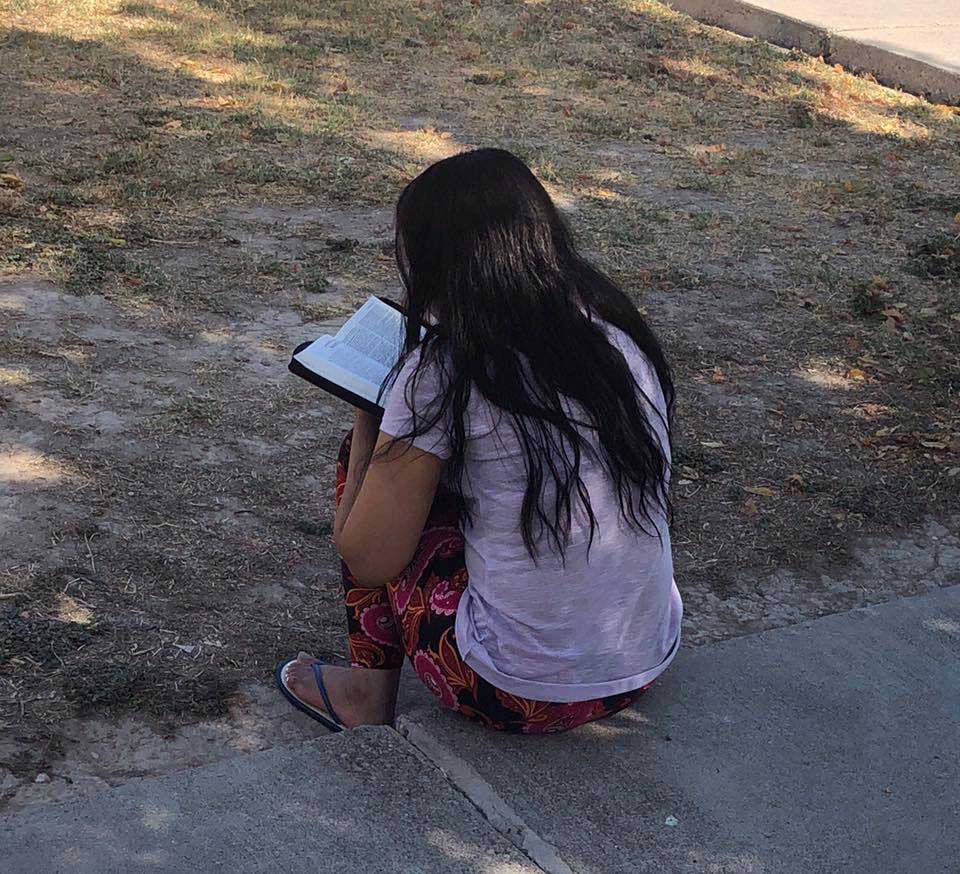 Shon Young, serving in Del Rio, shared about many Texas Baptists churches who have sent donations, volunteer teams, and prayers. Young is the president of the Val Verde Border Humanitarian Coalition, which formed in April when Border Patrol agents approached local churches about ways to respond to the increased number of immigrants passing through Del Rio. Since then, the Coalition has served more than 8,000 immigrants, asylum seekers, and refugees. Del Rio is currently the only Texas border town in which the new MPP law has not taken effect. Young anticipates an increased number of immigrants passing through in the coming weeks.

The missionaries all shared stories of opportunities to share the Gospel with those whom they served. In the first six months of 2019, there were 2,446 individuals who made professions of faith through River Ministry. Additionally, more than 40,000 people were served. 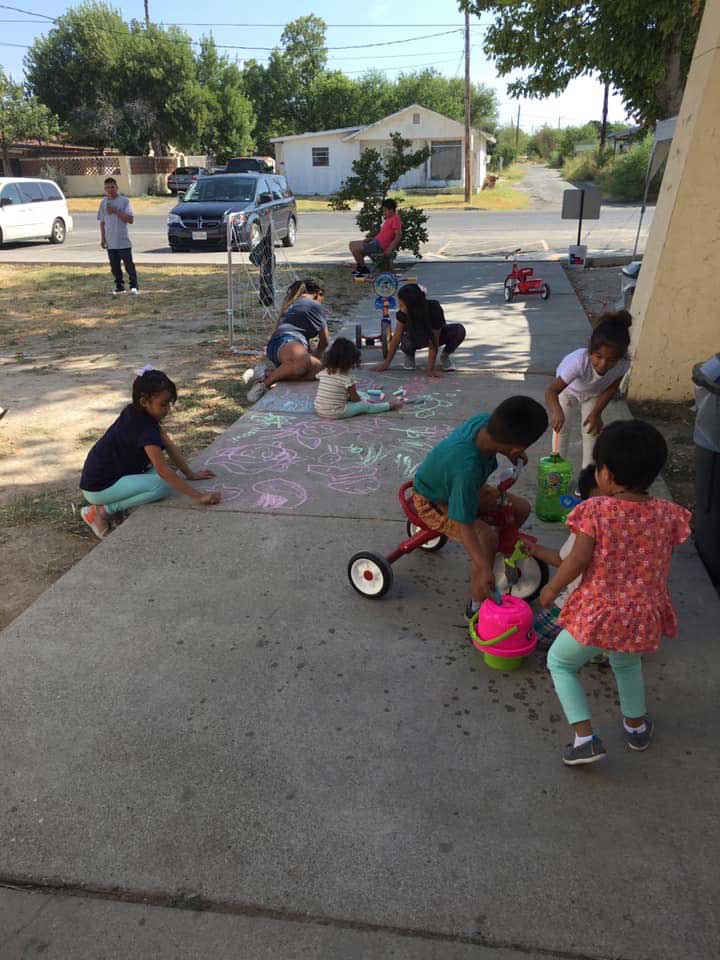 Rangel encouraged Texas Baptists churches to continue praying for the needs along the border. Churches that would like to support the work of River Ministry are invited to send volunteer teams or give monetary donations that can quickly be allocated to the greatest areas of need in Texas and Mexico. As the situation continues to fluctuate, Rangel suggested sending donations that can be used to purchase food, toiletries, Bibles and other discipleship materials.

“I tell everybody that it doesn’t take a whole church to be passionate about serving through River Ministry. Sometimes it’s just one or two people who come to serve,” said Rangel. “But when those individuals return to their church after serving, they bring that passion back and others will see God at work and want to get involved as well.”