Seeing God at work through 50 years of River Ministry

by Kalie Lowrie on September 11, 2017 in River Ministry

In 1967, the Baptist General Convention of Texas recognized the 2 million people living along the border of Texas and Mexico as an important mission point and launched the Rio Grande Mission Thrust with $250,000 allocated for missions opportunities. Texas Baptists responded to the call of God to minister to those along the Rio Grande river and 50 years later, River Ministry is still vibrant and life-changing.

In September 1967, just six months after the Rio Grande Mission Thrust initiative began, Hurricane Beulah ripped through the Texas and Mexico border resulting in the displacement of 300,000 Americans and Mexicans from their homes, wreaking massive destruction along the border.

One week before the hurricane, Rio Bravo (brave river) was the mission emphasis for the Mary Hill Davis Offering for State Missions, coordinated through WMU of Texas. God’s hand was at work before the natural catastrophe occurred and Texas Baptists were intentionally praying for opportunities to minister. Moved by the great need along the Rio Grande, Texas Baptists churches responded with gifts of $645,950, which was the largest offering ever given to state missions, with one-half going to fund border ministry.

Elmin K. Howell was named the first River Ministry coordinator in 1968 and went on to lead the ministry effort for the next 28 years. The ministry was as varied as the people from El Paso to Brownsville, but the purpose and ultimate reason for ministry was the same–to meet spiritual needs. 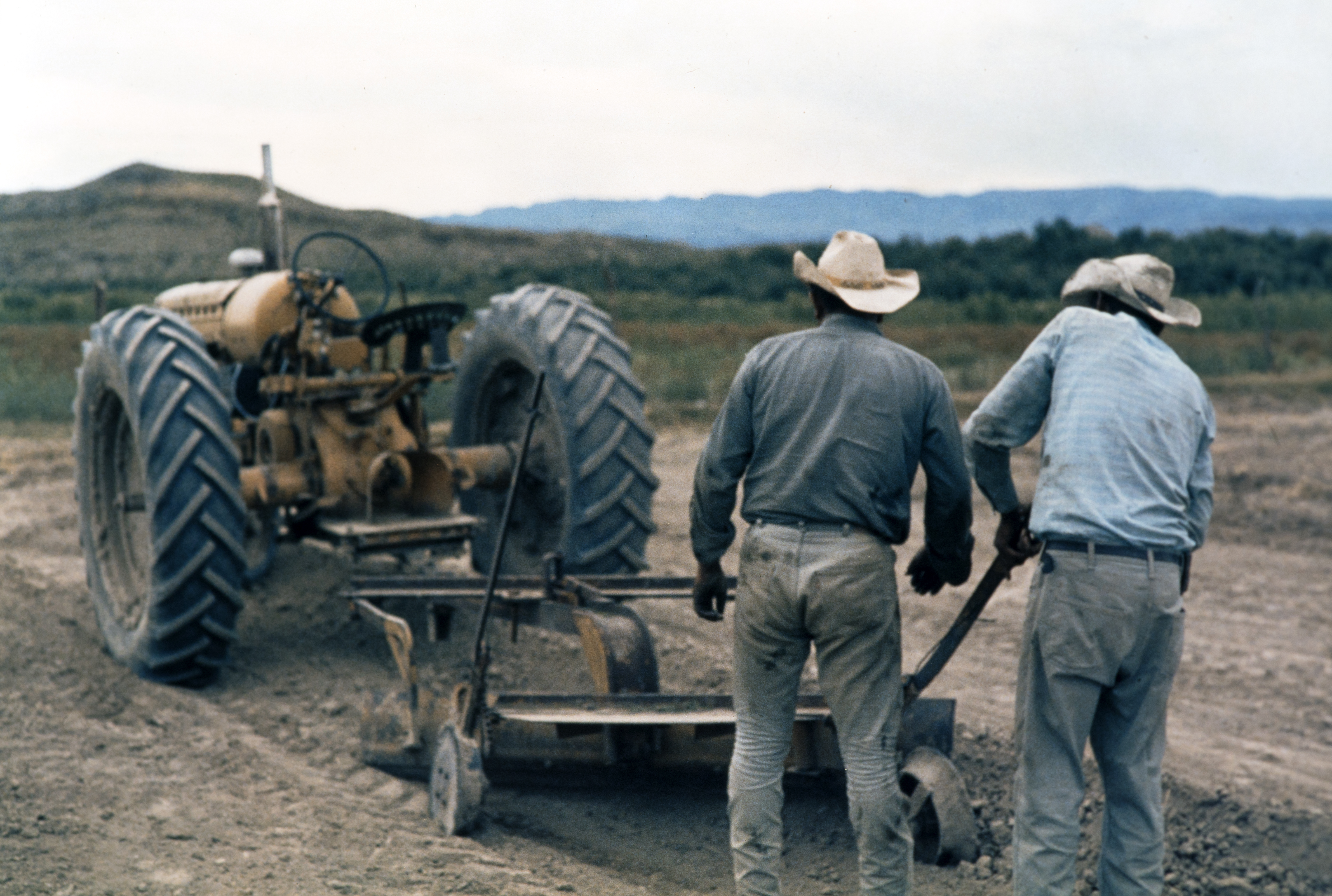 “All other efforts–agricultural, medical, economical–are the vehicles by which the message of God’s saving grace expressed in Jesus Christ can be shared. Projects are but opportunities to demonstrate God’s concern for people and thereby occasion the personal testimony of a vital relationship with Him through His Son, Jesus Christ,” according to With These Hands, a history of River Ministry, written by Howell and Wilma Reed.

Howell identified three ways churches through Texas could partner with work along the border: sponsorships, partnerships and financial support. Hundreds of Texas Baptists churches found ways to partner along the Rio Grande, some sending teams to lead Vacation Bible Schools and others to dig wells or help with construction projects.

A season of growing and new opportunities 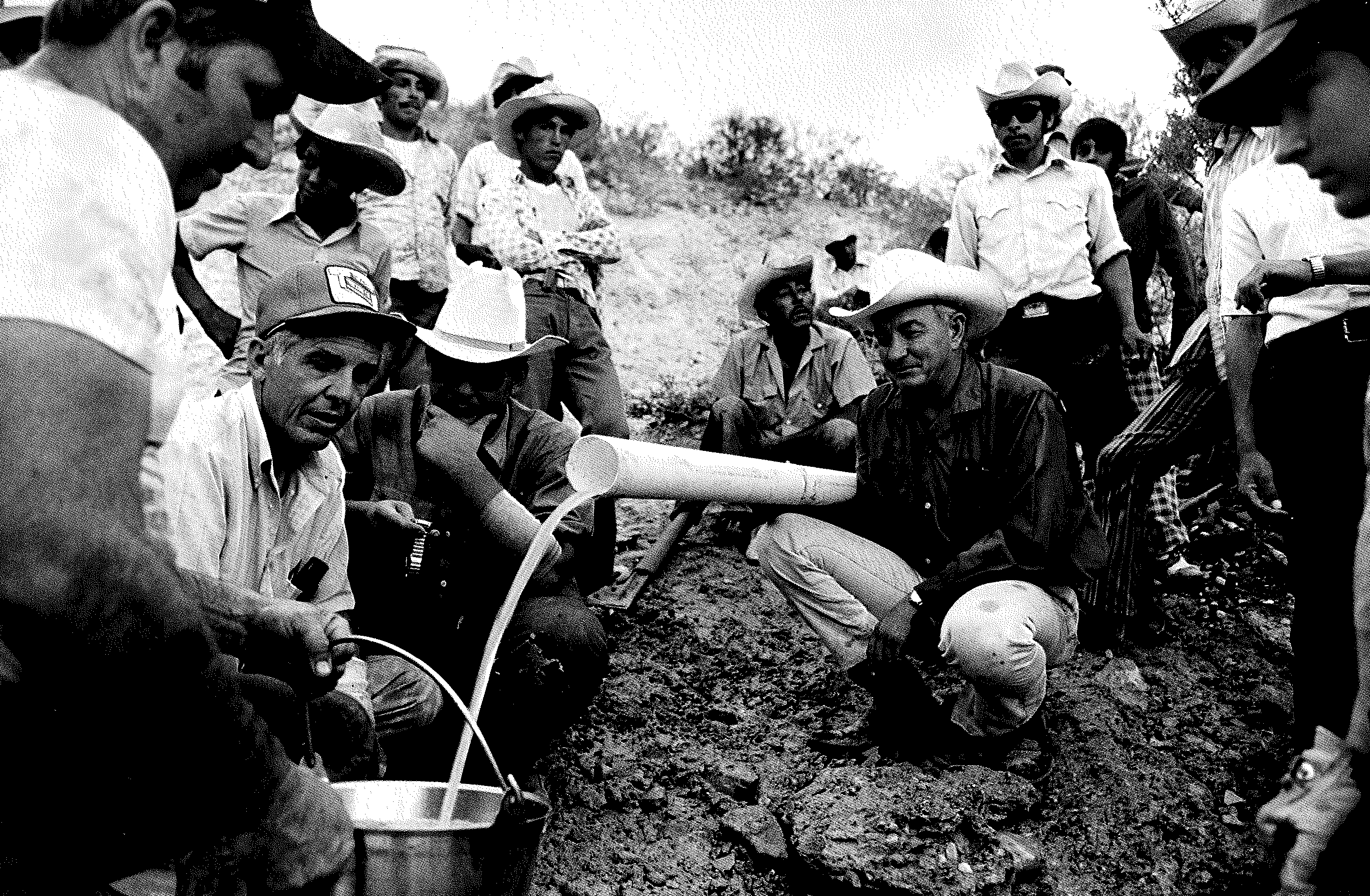 The 1970s brought about efforts to help families on both sides of the border meet immediate physical needs. Square foot gardening was taught as an intensive, year-round method of family vegetable production. Under direction of churches, numerous water wells were dug, providing access to much-needed clean water supplies. Training was offered on caring for livestock. Rabbits were given to families for meat, chickens for eggs and goats for milk and meat. Medical needs were also met through volunteer teams of health care professionals who performed clinics, provided eyeglasses and sought to treat illnesses and ailments as needed.

In many areas, churches were planted following the successful efforts of medical clinics and agricultural projects. Vacation Bible Schools led by mission groups in partnership with local churches were also an effective catalyst for the formation of new church cell groups. Depending on the lifestyle of the people and geography, different approaches to church planting occurred. By 1994, there were 560 churches planted through River Ministry efforts and partnerships. 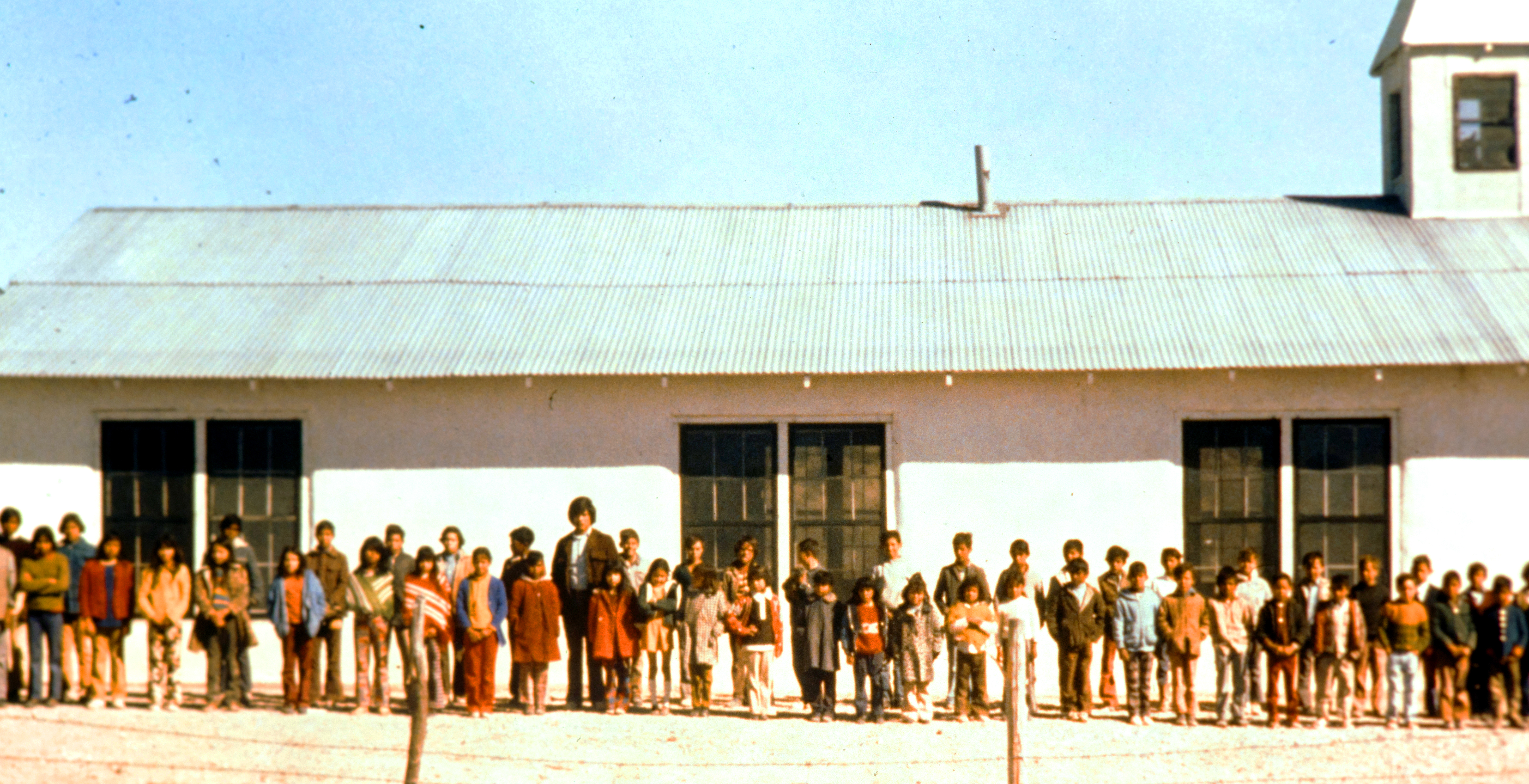 On September 19, 1985, an 8.1 magnitude earthquake hit Mexico City and caused great destruction. This opened the door for Texas Baptist Men Disaster Relief to bring in volunteers into the city and partner with Mexican Baptists. Over the course of one month, 150,000 meals were served and more than 4,000 people accepted Jesus. With immense gratitude for the quick response of aid, the National Baptist Convention of Mexico formed a partnership with Texas Baptists. 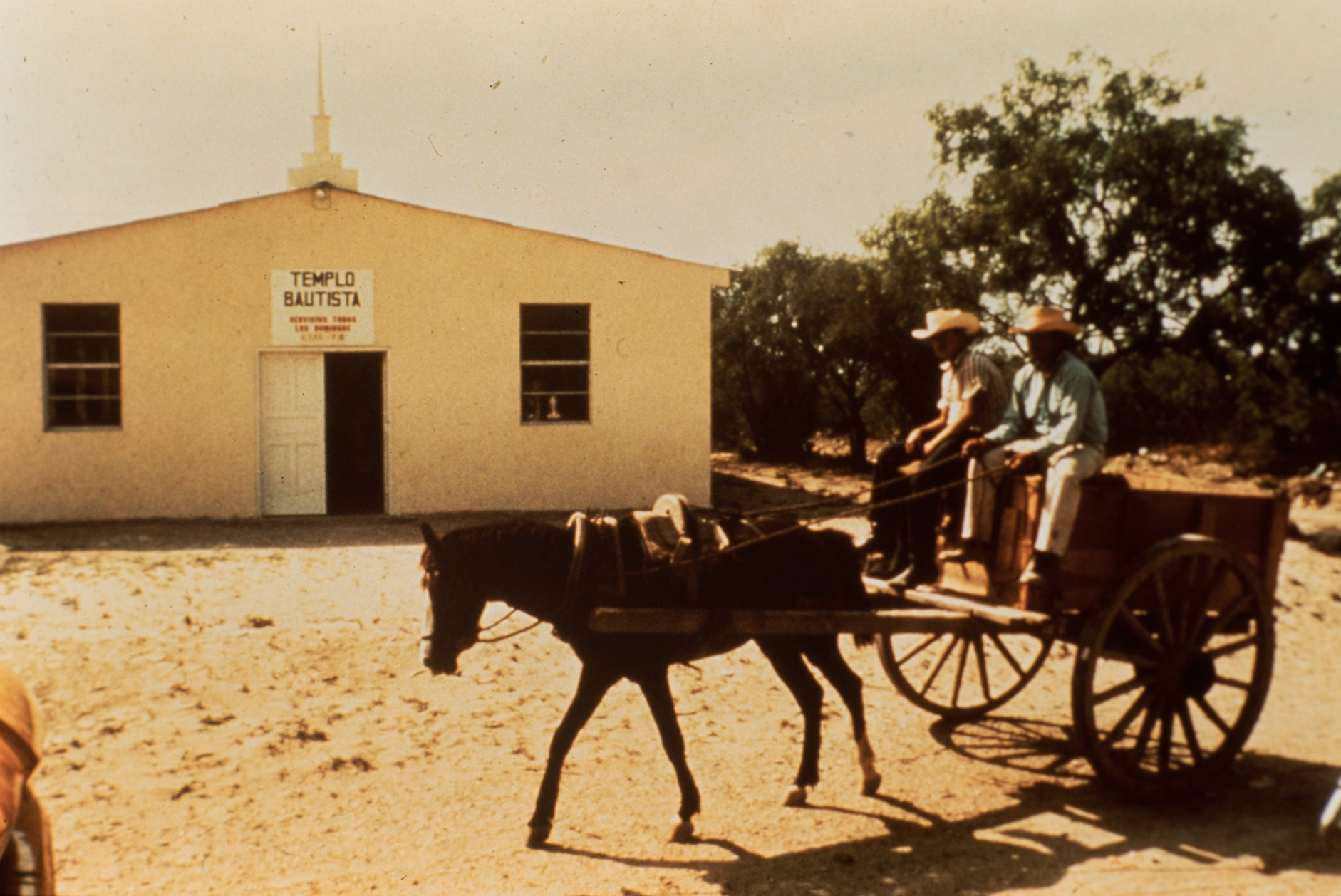 While leading a prayer walk in Juarez in 2000, then-Director Dexton Shores said, “As Texas Baptists, we now have the most challenging opportunity and responsibility for impacting the Kingdom of God in the 32-year history of River Ministry.”

The Mexican city across the border from El Paso was growing at the rate of 1,500 people per day and was expected to triple the population within 20 years. At the time, 70 percent of River Ministry funding was spent on the Mexican side of the border supporting medical clinics, children’s homes, evangelism efforts, church planting and more. 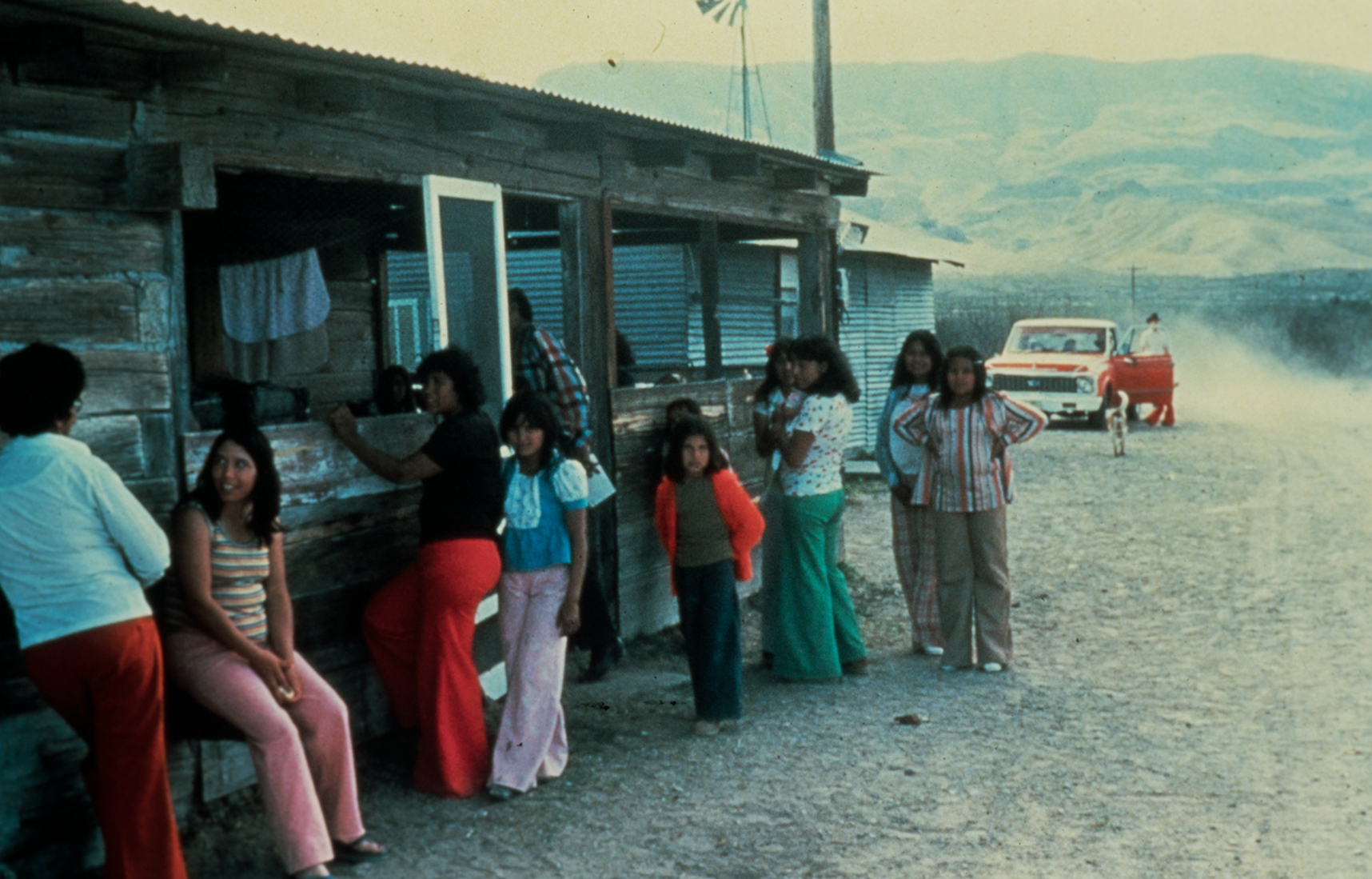 An unforeseen occurrence which changed the nature of River Ministry was the escalation of violence in border towns in the early 2000s. As safety concerns arose, the frequency of mission teams slowed. However, despite dangerous circumstances, Texas Baptists living in the cities continued on-going ministry. Prayer and ministry through Valley Reach occurred in McAllen in 2010, in conjunction with Texas Baptists’ Annual Meeting and River Ministry launched No Mas Violencia, a training program with spiritual foundations to promote peace along the border. 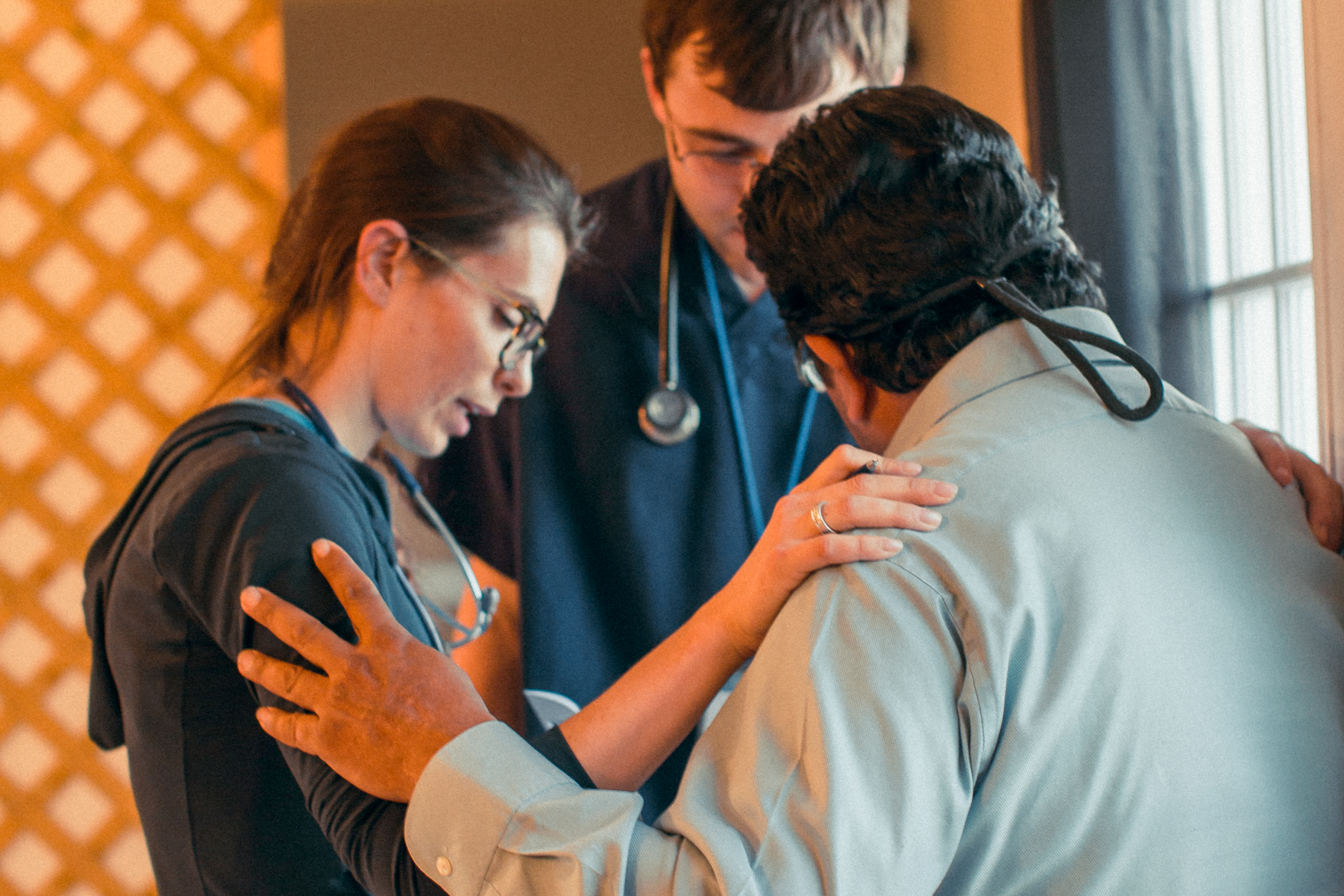 more than 2.7 million people living along the 1,240 miles of the border and millions more unreached in Mexico. While some needs and tactics have changed, the strategy remains the same–to share the love of Jesus. Funding for River Ministry is made possible through Texas Baptists Cooperative Program, Mary Hill Davis Offering, coordinated by WMU, Texas Baptist Worldwide missions offerings and endowments.

River Ministry Director Daniel Rangel has seen God’s continued hand over the missions and ministry along the Rio Grande. Since he began his leadership in 2009, Rangel has seen local churches along the border take ownership of their ministries. Rather than mission teams only serving on short-term projects, multi-year partnerships have formed between in-state churches and local churches for long-lasting ministry and impact. 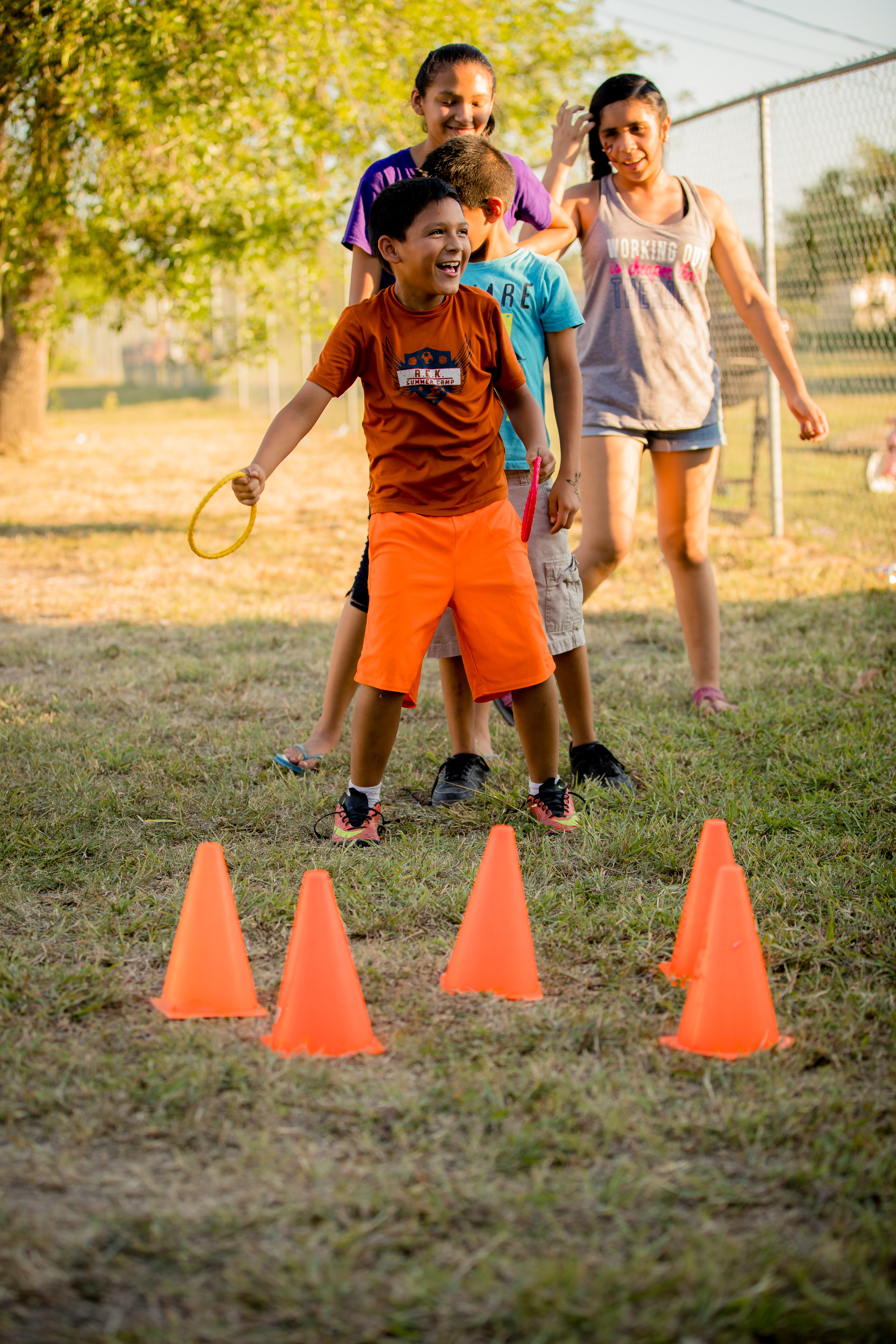 “We want to work shoulder-to-shoulder,” Rangel said. “That means I come and partner with you to do the ministry God has called you to do through church starting, evangelism, training or social ministry.”

Currently, 15 River Ministry missionaries live along the border in strategic locations to facilitate ministry efforts with local churches and strengthen partnerships with Texas Baptists churches around the state. 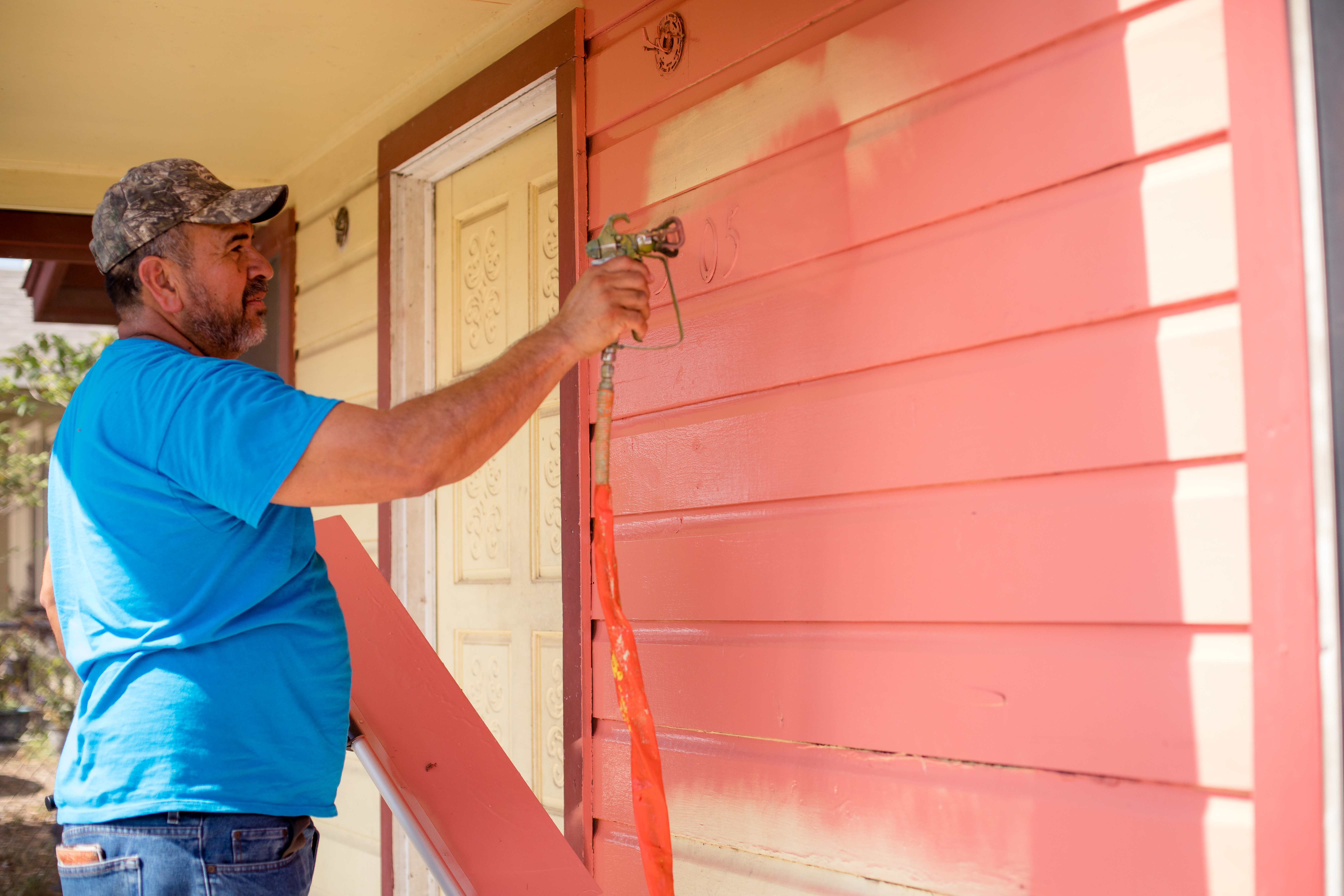 Texas Baptists also have developed church starting covenants with the National Baptist Convention of Mexico, including the support of seven church starters and two facilitators who promote ministry and work with mission congregations to become churches. River Ministry has also expanded into church starting covenants with three regional conventions located in Mexico City, Guadalajara and Monterrey. Many of these church planting efforts are in the Bajio Region of Mexico, which has less than two percent of professing evangelicals, similar to that of the 10/40 window in the Middle East. 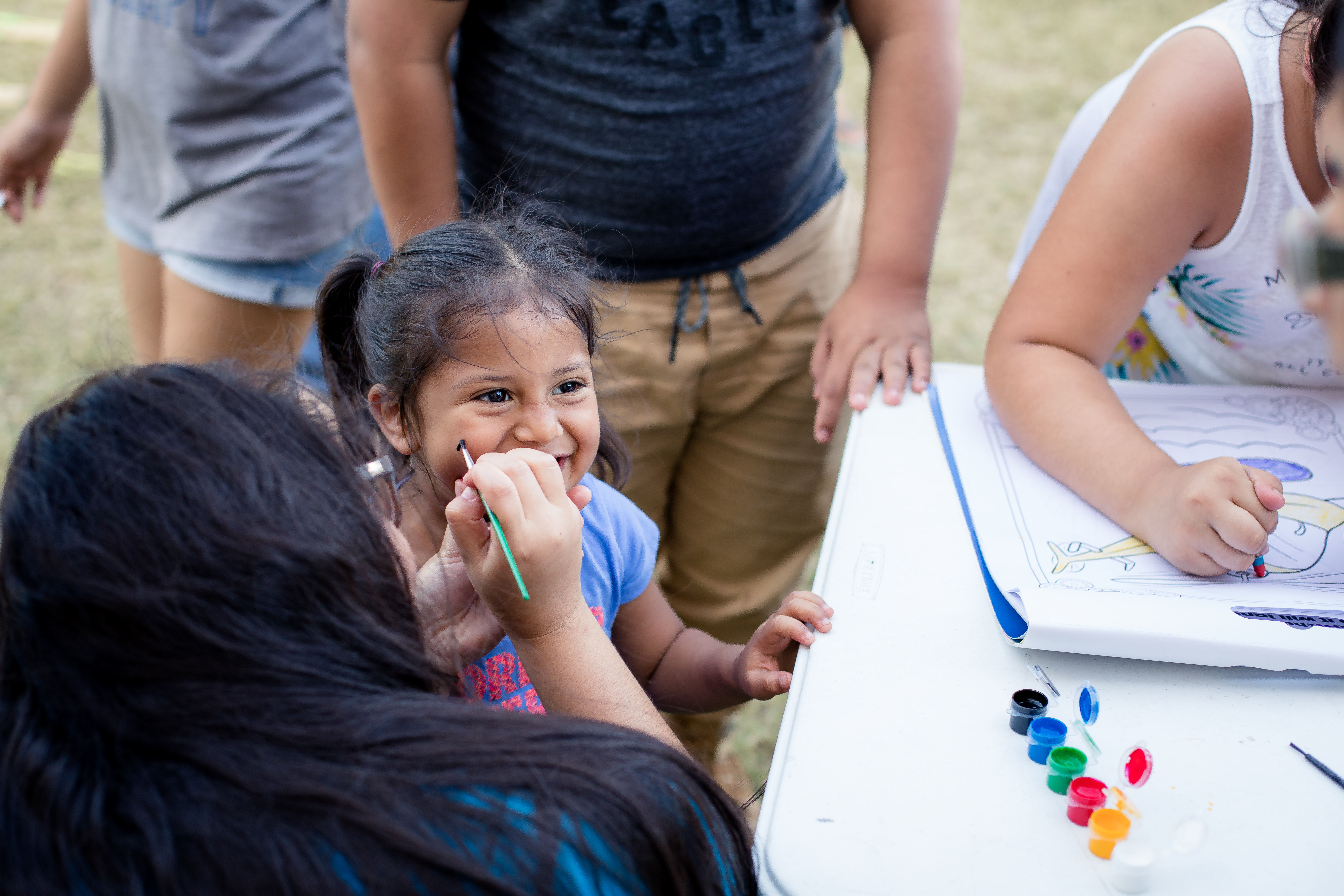 “A lot of people have the misconception that Mexico is very well evangelized, however there are areas that have tremendous need,” Rangel said. “One of our goals on the border is for our local churches to go to those unreached areas in Mexico and share the Gospel.”

The following pages share stories of ongoing ministry through River Ministry, centered around the priorities of evangelism, leadership training and family and church health.

To learn more about how you and your church can partner with Texas Baptists River Ministry, contact Daniel Rangel at daniel.rangel@texasbaptists.org or visit texasbaptists.org/riverministry.