MCALLEN—Texas Baptists partnered with the Hispanic Baptist Convention of Texas (Convencion Bautista Hispana de Texas) in several key ways during the Annual Meeting held at the McAllen Convention Center from June 23-25. Victor Rodriguez, pastor of Life Church in San Antonio, was commissioned as the new Director of Hispanic Evangelism Associate for Texas Baptists. The Office of Hispanic Ministries also led in several recognitions over the course of the three-day event.

“The Convencion Bautista Hispana Annual Meeting is a great opportunity to connect and reconnect with our Hispanic pastors from around the state,” said Rolando Rodriguez, director of Texas Baptists’ Hispanic Ministries. “We host training, promote programs and other things, but to me, a big part of this time is about fellowship and connecting with pastors. It’s also providing information on resources that we have that our churches can take advantage of so we can help them to accomplish their God-given purpose and mission for their churches.”

During Victor Rodriguez’s commissioning on Monday evening, Texas Baptists’ Associate Executive Director Steve Vernon introduced Rodriguez as, “a deeply committed Christian minister, strong family man, a leader and a wonderful pastor for his church.” Rodriguez will transition to the full-time position, which is a part of Texas Baptists’ Great Commission Team, in August. He previously served as president of both the Hispanic Baptist Convention and the Texas Baptists.

“He has helped shape Baptists in Texas,” Vernon said. “The wonderful truth of Victor’s ministry is he gives all the glory to God … He knows Texas, knows Hispanic Baptists and has the skills and knowledge he needs for the job and a passion to reach the lost in Texas.”

During the Monday evening plenary session, Rolando Rodriguez joined Dr. Gary Cook, chancellor of Dallas Baptist University, on stage to present the Gary Cook Servant Leadership Award to Irma Alvarado, an educator and leader from the First Baptist Church of Donna. Alvarado was one of the first Hispanic women to graduate from Texas A&M University in 1970. She has been very active in Baptist life, having served as a vice president of the Hispanic Baptist Convention, president of the Hispanic Woman’s Missionary Union (UFM) and director of the Rio Grande Valley Hispanic Baptist Woman’s Missionary Union.

Andrés De Leon and Roberto Vazquez were presented with Hispanic Leadership scholarships from Dallas Baptist University. The scholarships were created in conjunction with the Office of Hispanic Ministries and the Hispanic Education Initiative.

Other scholarships were awarded to Sara Diaz from Wayland Baptist University, and Manny Silva was also presented with a full-tuition scholarship to attend Truett Seminary at Baylor University.

The Office of Hispanic Ministries partnered with the Christian Life Commission to host a luncheon on Monday to raise money for the Texas Baptist Hunger Offering. Several institution partners were represented, along with 40 pastors and 18 companerismo leaders. Ten summer missionaries from Hispanic Ministries also served throughout the event and then returned to the churches where they are serving for the summer. The Hispanic Summer Missionary Program is made possible by gifts to the Mary Hill Davis Offering. 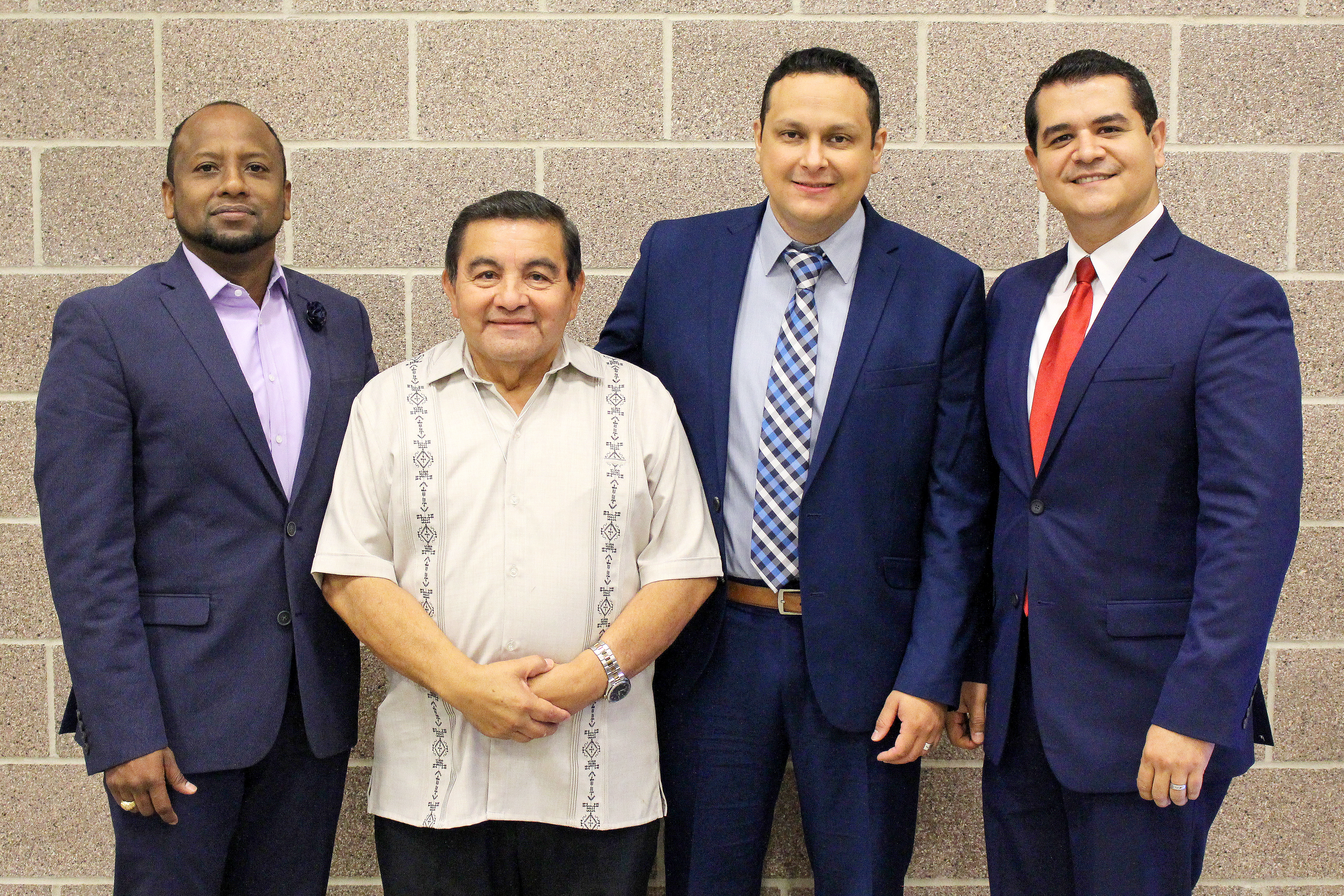 The messengers approved the 2020 budget of $118,000, which was a $3,400 increase over 2019. Additionally, a resolution was approved which condemned sexual abuse. Executive Director Jesse Rincones encouraged churches to take advantage of resources through Texas Baptists Counseling Services and regional MinistrySafe trainings held around the state.