The Texas Baptist Legacy Award is presented annually at the Independence Baptist Church in Independence, Texas, in recognition of lifelong Christian service. 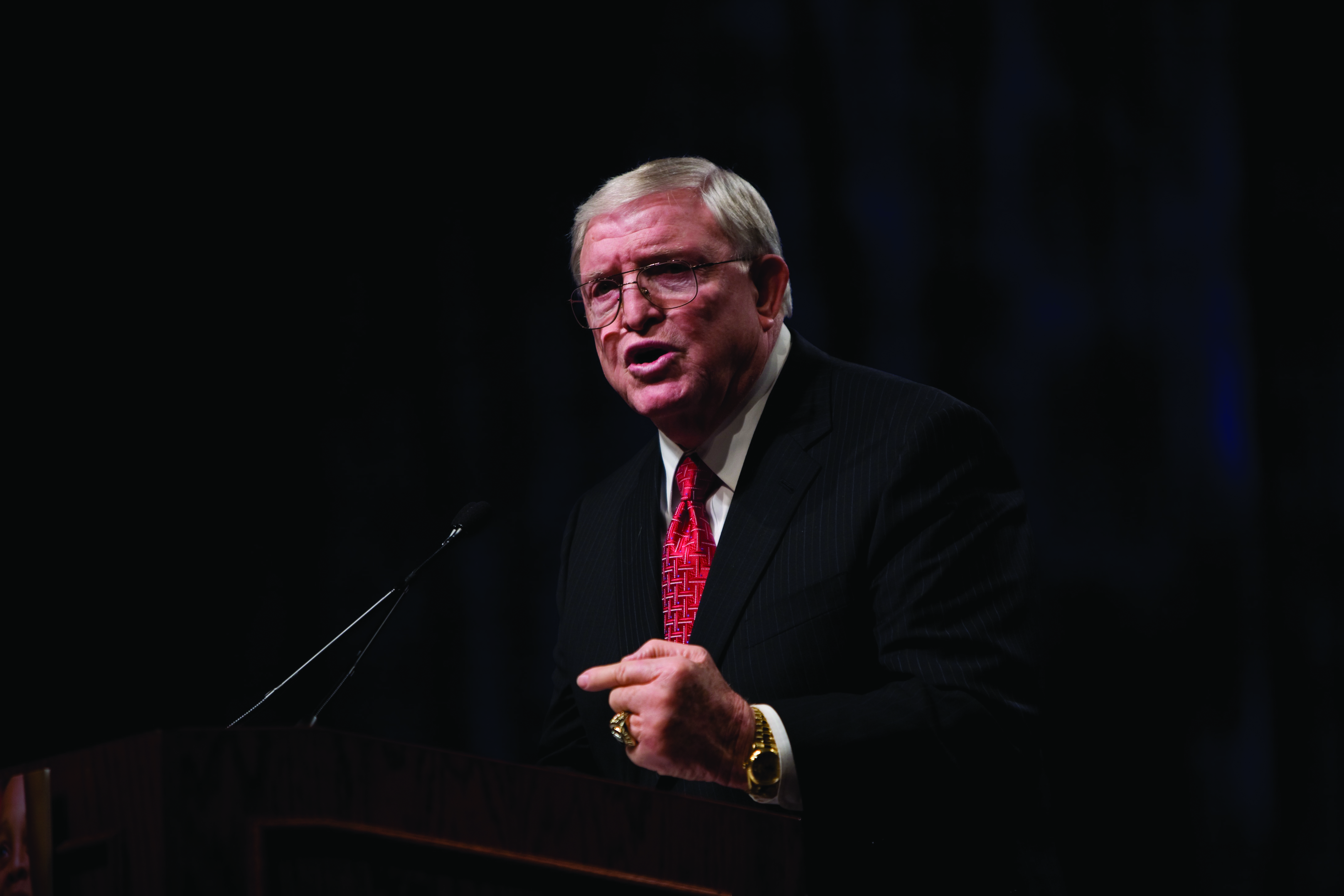 Teaff served as Executive Director of the American Football Coaches Association (AFCA) for 22 years, taking over the association in February 1994, until he retired in February 2016. He is the author of six books, including: “I Believe,” “Winning,” “Seasons of Glory,” “Coaching in the Classroom,” “Grant Teaff with the Master Coaches” and “A Coach’s Influence: Beyond the Game.”

Teaff came to the AFCA after 21 years as head football coach at Baylor University. He ended his head coaching career following the 1992 season. Prior to his arrival at Baylor in 1972, Teaff served as head coach at McMurry College and Angelo State University. Off the field, Teaff coached and mentored countless young men throughout his career. As a well-respected Christian leader, he often took time to pour into younger athletes and youth through speaking events such as at the annual Royal Ambassador’s meeting.

As a nationally-known author and motivational speaker, Teaff has shared his leadership techniques with those involved in education, the business world, in churches and particularly with coaches. Teaff consistently encourages coaches to use the power of their influence to make a difference in the lives of their players beyond the game.

Teaff and his wife, Donell, are the parents of three daughters and have four grandchildren and one great-grandchild. The Teaffs are deeply involved in their community, having worked for years with the Muscular Dystrophy Association, Multiple Sclerosis Society, Red Cross, Friends for Life, Camp Success for children with reading disabilities, and his 55-plus years of leadership in the Fellowship of Christian Athletes. Teaff is a deacon and Sunday school teacher at First Baptist Church in Waco.

Torres has been known by friends and colleagues as ‘‘Mr. Evangelism” for his passion to share the Good News of Jesus Christ’s salvation to everyone. He has impacted and transformed many lives from children to city officials, senators and governors around the world. Teaching models from Torres’ classes on witnessing and the plan of salvation have been used to teach seminary students and summer missionaries.

In Mexico City, his legacy of faithful service, effective witnessing, and lifestyle for Kingdom work is evident after seven years of service as a missionary. He also pastored two terms in Australia where he also served as church planter.

Torres has traveled extensively to Africa, India, Spain, Puerto Rico, and many parts of South and Central America, where he has led many revivals and conferences in “Experiencing God” weekends. Also, Torres has received several awards for contributing to the success of the River Ministry, Mission Service Corps, Texas Baptist Men prison ministry and many other missional endeavors.

He has been instrumental in establishing Texas Baptists’ partnerships with conventions in Mexico, Australia and Venezuela. Some of the greatest joys of his ministry have been to see the power of God transform lives, and to see God’s faithfulness and protection in his life.

Torres is currently 92-years-old and serving as an assistant pastor in Benavidez, Texas. He lives in Kingsville with his wife Norma, to whom he has been married for 71 years. They have two children, four grandchildren, and three great-grandchildren.

The Texas Baptists Legacy Awards will be presented during the Sunday morning worship service at 10 a.m. at Independence Baptist Church, with lunch to follow. For reservations, contact Becky Brown at becky.brown@texasbaptists.org or call 214-828-5301.