Racial reconciliation should begin through believers in the church, according to Bryan Carter, pastor of Concord Church in Dallas. Rather than relying on law enforcement, or looking to the government and society to break down racial tensions, Carter and Jeff Warren encouraged youth ministers to promote change within their own congregations. The two pastors were interviewed by Jane Wilson, youth discipleship specialist, during the Leadership Tuesday session of Youth Ministry Conclave on October 11 in Arlington.

“I would encourage you, as student pastors, to lead the way. Lead from the bottom up,” Warren, pastor of Park Cities Baptist Church in Dallas, said. “You are such an important voice.”

Chronicling their two-year friendship, Warren and Carter shared about an initial lunch conversation between the Anglo and African American pastors which transformed into a partnership between the two Dallas-based churches they lead. In addition to swapping pulpits several times, the pastors have also joined their congregations together for several intentional times of conversations and service. 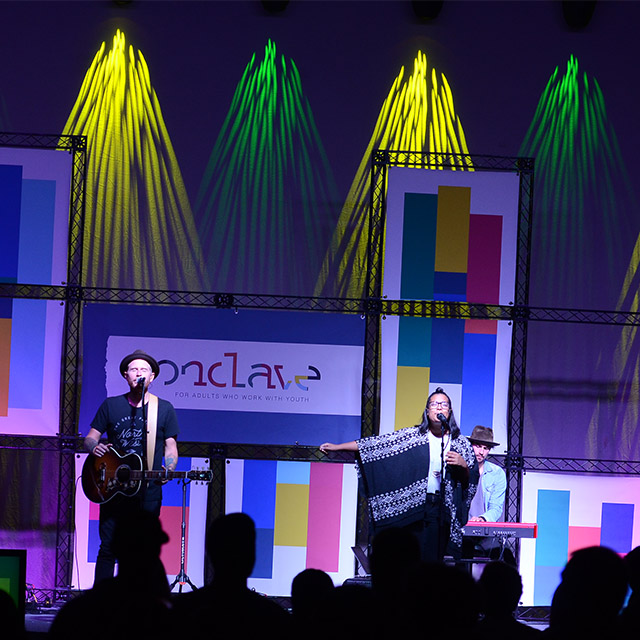 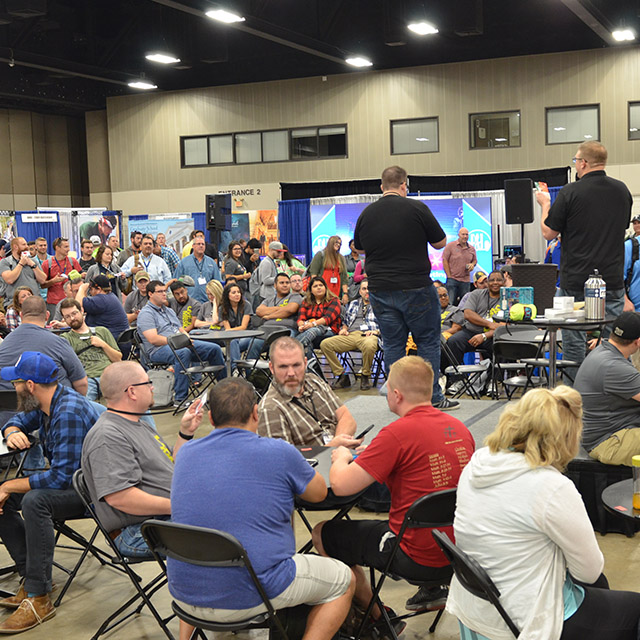 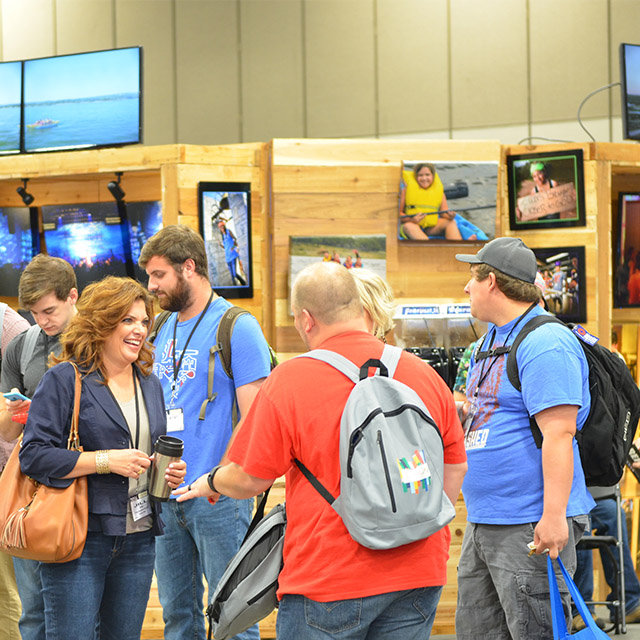 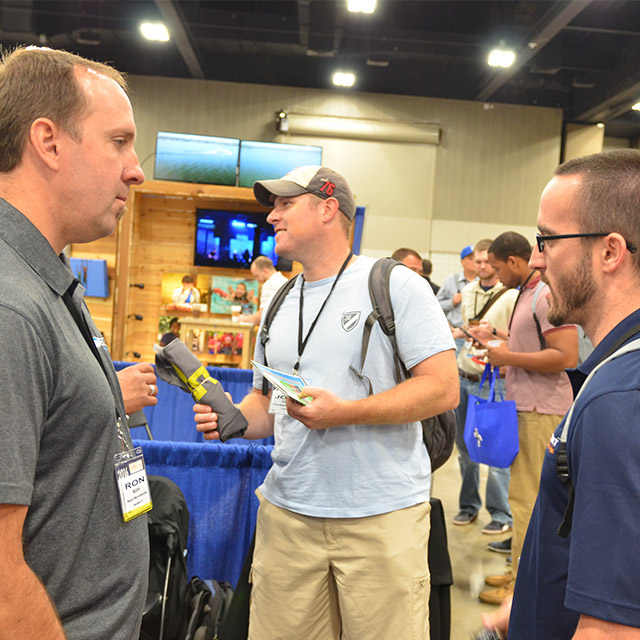 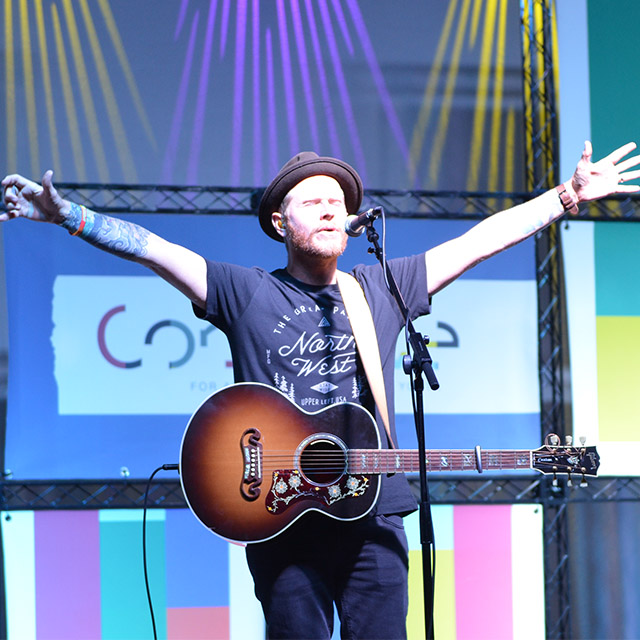 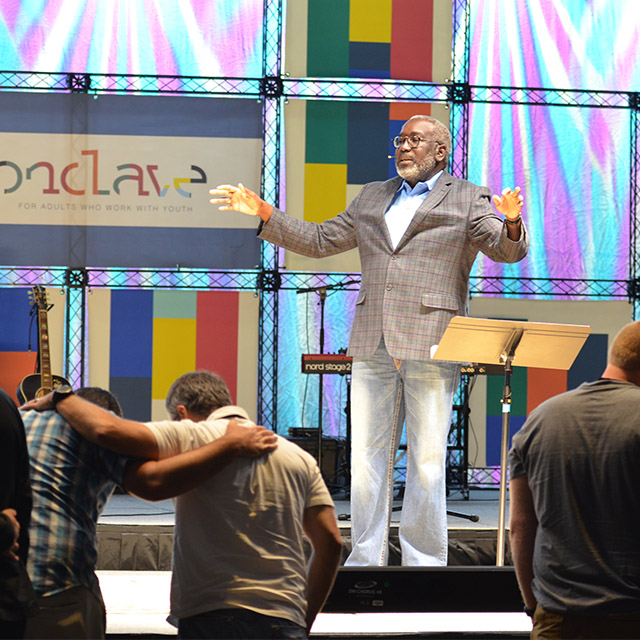 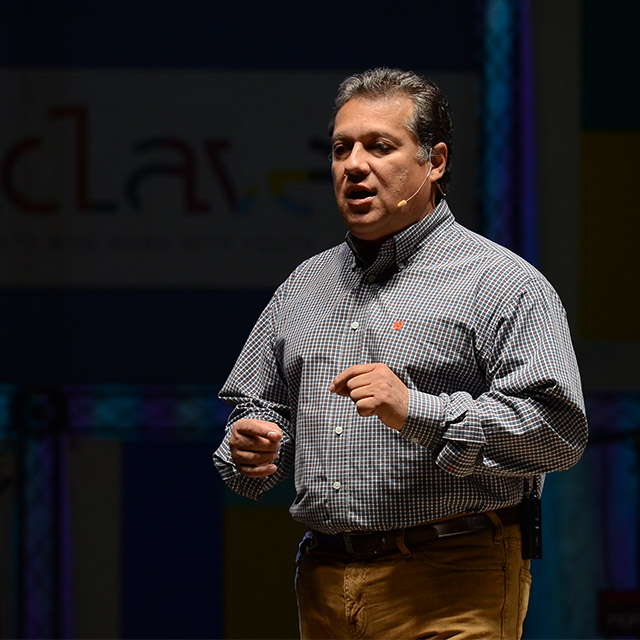 More than 400 men from both Concord and Park Cities met together for four consecutive Saturdays to discuss the Gospel and racial reconciliation. Many friendships were formed which continued long past the initial meetings. Women from both churches have read books together and had similar conversations and friendships birthed out of the partnership.

“We see people having conversations,” Carter said. “We see people working for works of justice. We are sensing this on every level from leaders. What I’ve enjoyed is seeing a lot of white pastors enter this space.”

“You all are leaders of the next generation,” Warren said. “We are looking for ways to reach out to students to reach the lost. If you are not speaking into this issue, making it the core issue you are talking about, you are missing the opportunity the Lord is giving you.”

This year, Warren and Carter encouraged other pastors around Dallas to swap pulpits with others from congregations of a different race. Eighteen churches joined in the pulpit swap and results have been significant.

“I would challenge all of the youth pastors here to head to your church and talk to your pastors,” Warren said. “The first time we did the pulpit swap, it blew up in regard to conversations. People began asking, ‘When are we doing it again? What can we do next?’ It fanned the flame.”

The friendship was forged in the midst of several tense shootings in America which sparked serious debate in the nation about race relations. Warren and Carter decided to try to find ways to encourage each other and promote racial reconciliation within their congregations. Having already established trust and communication, when the fatal shooting of five police officers happened in Dallas this summer, Warren and Carter were in contact with each other within hours. They partnered together for a prayer service and modeled an example for other churches during an extremely difficult situation.

In a world looking for answers, Warren and Carter both pointed to Jesus as the ultimate answer.

“We are so divided as a country and the Gospel is what unites us,” Warren said.

Carter continued, “Christians often talk about courageous leadership. It’s never for the weak, never for convenience. Leadership in the scripture takes a stand, a boldness … look at your church and ask ‘what can we do?’ Talk to your pastor, consider the framework and decide what are the small steps I can take to bridge [racial] gaps.”

“I would add, it starts with you,” Warren concluded. “Bold leadership is what is going to be necessary. It starts with you reaching out … If you are from a white church, go to an African American church. Make a phone call, go knock on a door … It can start with you going to another youth pastor in your area who does not look like you and saying, ‘let’s go to lunch.”

Leadership Tuesday concluded with Delvin Atchison, director of Texas Baptists Great Commission Team, preaching from Daniel 3 about taking a stand for the Lord.

“Stand for Him,” Atchison encouraged attendees. “God will use it for your education, edification, emancipation, for others’ evangelization, and for His own exaltation.”

Youth ministers were encouraged to come forward for a time of prayer and commitment to the Lord for their lives and the youth groups they oversee.

Youth Ministry Conclave is an annual event each October designed by student ministers to encourage, network, train and resource youth ministers and those who work with youth.