So all may hear along the Amazon 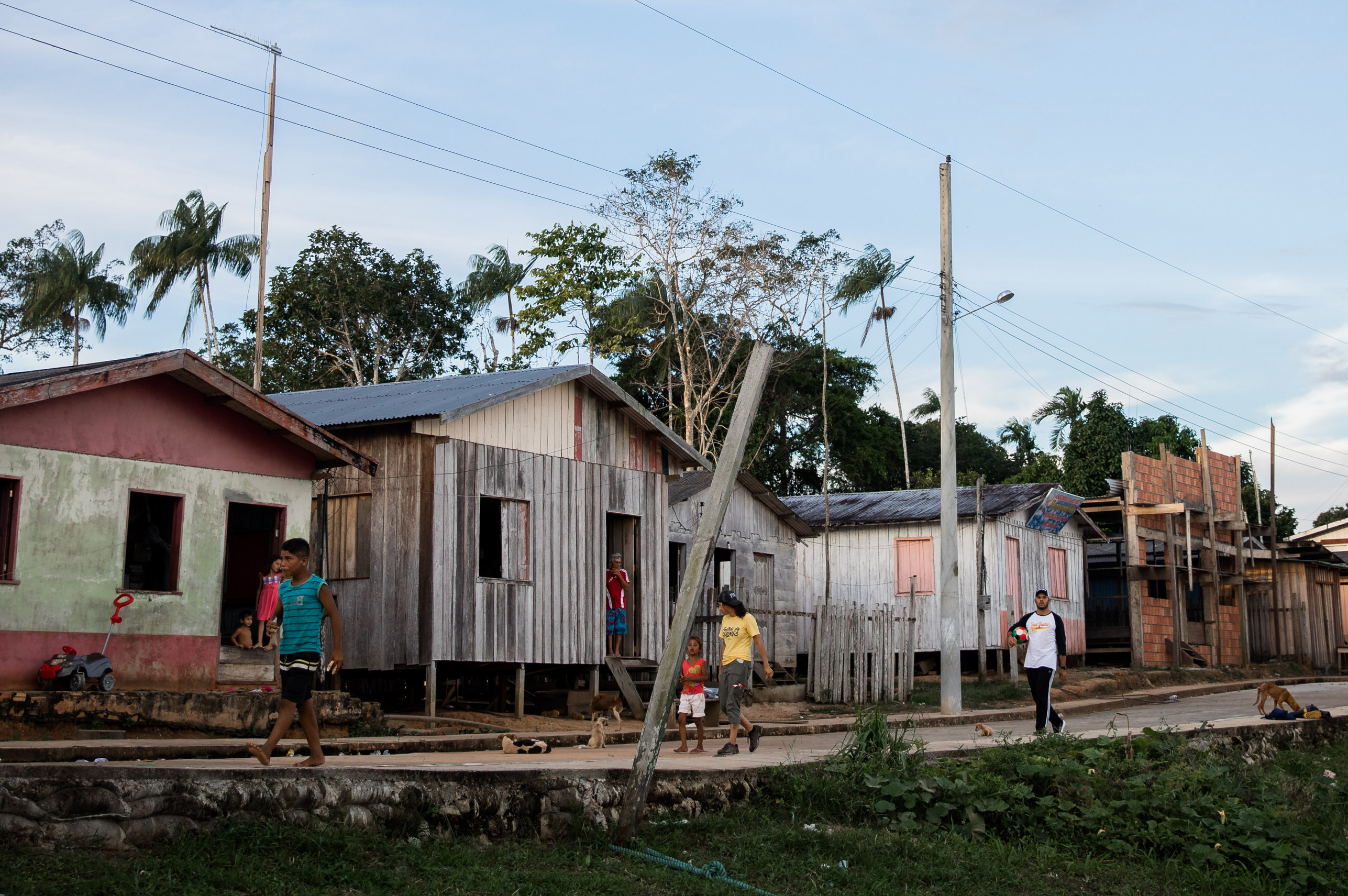 When Terry Johnston, pastor of First Baptist Church of McGregor, met his adopted missionary on the Amazon River, it was an emotional experience. Johnston’s church adopted Rhuan Kaique exactly one year before through Texas Baptists’ Missionary Adoption Program (MAP).

Members at FBC McGregor pray fervently for Kaique’s work and when he walked onto the boat, Johnston immediately recognized him and ran to embrace him. Throughout the week-long Texas Baptists Amazon mission trip from May 28-June 5, the men worked alongside one another.

“I got to see Rhuan in action,” Johnston said. “He was interacting with young men in the communities we visited. I could see his heart for the riverine communities through the way he built bridges and relationships.”

Kaique is one of 50 missionaries in the Amazon who are supported by Texas Baptists churches through the MAP partnership with Brazilian churches in the Brazilian Baptist Convention.

Twenty-nine Texas Baptists traveled on the Barco O Missionario (The Missionary Boat) from Manaus to several communities along the Amazon River, where Brazilian missionaries were engaged in work with unreached people groups in impoverished areas.

“There are things you can plan for when you go on a mission trip, but God is the only one allowing us to harvest the results. It was of great impact to be on this first Texas Baptists trip to the Amazon and work alongside the missionaries adopted by Texas Baptists through the Missionary Adoption Program,” said Campos.

For four consecutive days, the team embarked on new communities and divided into groups for dental work, an eye clinic, children’s activities and evangelism. Many people came to faith in Christ and were given Portuguese Bibles. The new believers were then connected with the local missionaries for future discipleship. A worship service was also held each night, with a message presented by one of the Texas Baptists pastors and joint worship with the believers in the village. 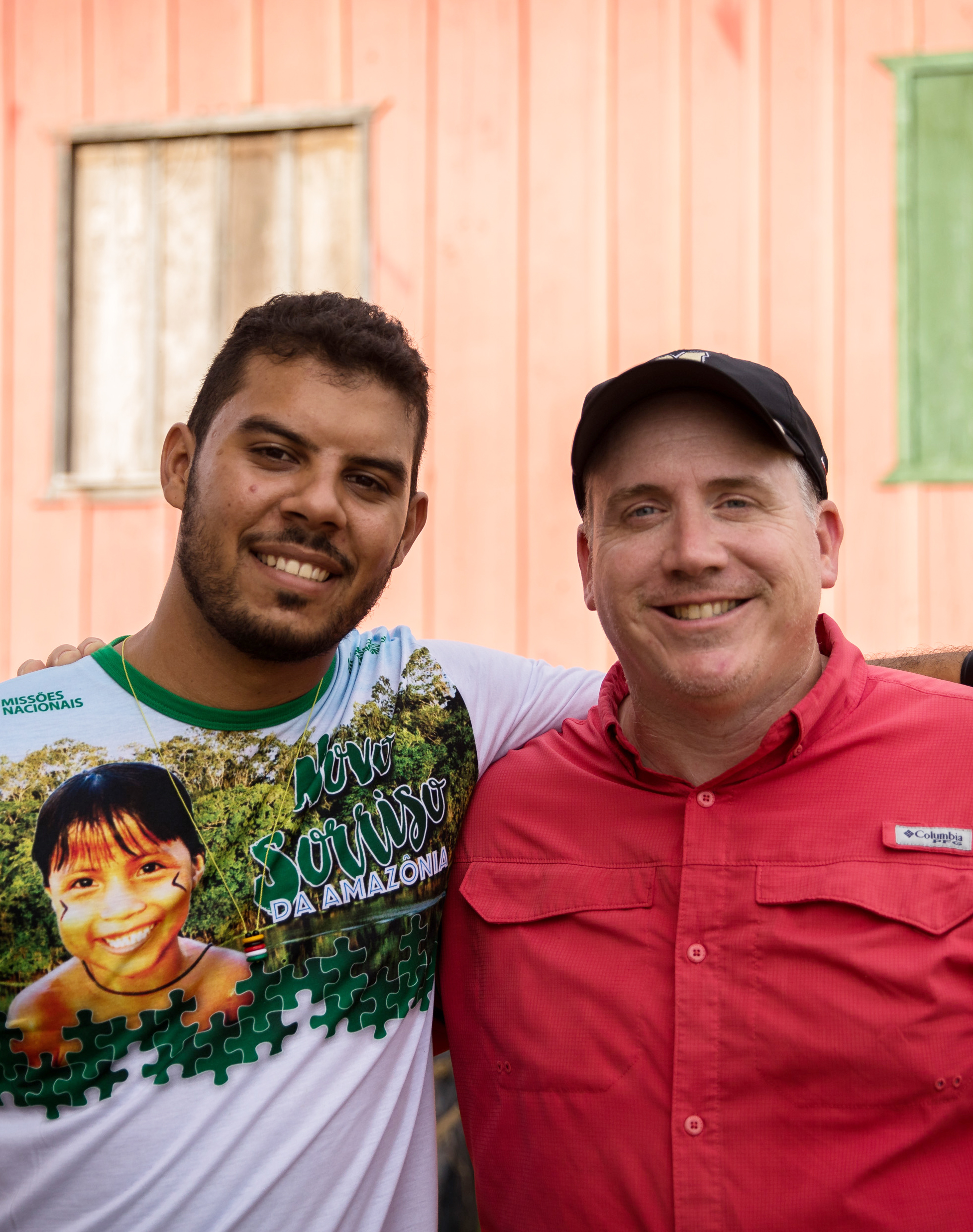 On the first day of mission work, the team visited the communities of Aguia and Botofogo. Three missionaries, Sarah Lane, Raquel Minowa and Gabriela Muzy, have served in these communities for the last year. They left most of their possessions behind, coming to the mission field with very little, in order to connect with those whom they would serve. In communities like Aguia and Botofogo, the people have very little access to the outside world and few material possessions. While the physical poverty was apparent, the spiritual poverty in the communities was even greater. When the missionaries first arrived, very few of the residents had heard the Gospel. Through their work over the last year, many now know of Jesus Christ and several have come to faith in Him. The missionaries are looking forward to baptizing seven new believers in August.

As the missionaries guided the Texans through the main street, children flocked to the group. Lane, Minowa and Muzy greeted the children by name, with hugs and smiles. The affection for one another was clearly mutual.

“I really loved seeing the work that the MAP missionaries were doing,” said Grant Stansbury, from Cornerstone Church in Nederland. “It’s obvious that the communities have been greatly impacted by their labor, and it makes the short-term mission trips more impactful to have them there to continue to make disciples.” 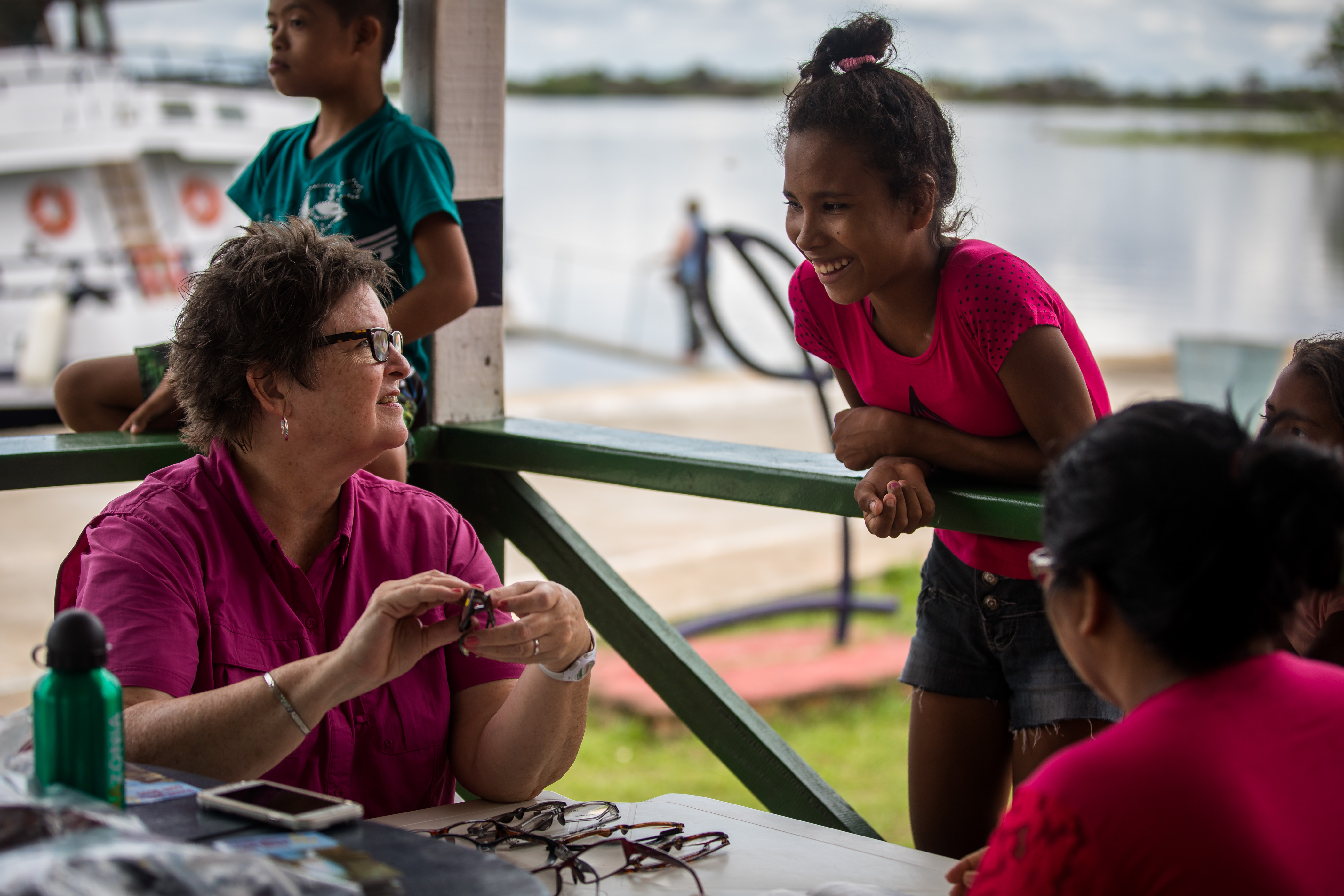 On Friday, the boat docked in the community of Jaiteaua for the first time. The local leader had seen the boat pass by many times and heard stories of the dental and medical service provided from neighboring community leaders. An invitation was given to welcome the boat of missionaries to Jaiteaua.

During the day, the dentists saw 88 patients, 84 of whom required tooth extractions. Normally, residents must travel three hours by boat for dental work and the cost far exceeds their means. The missionaries were encouraged by the reception in the village and will plan future trips to the village to ensure regular dental care is provided as well as plans to commission two missionaries to begin work there.

In the community of Vasco, the team saw three new believers baptized in the river. These believers were discipled by the radical missionaries and participated in baptisms as outward expressions of their new faith in Jesus. That evening, the team worshipped alongside fellow believers at the local church. 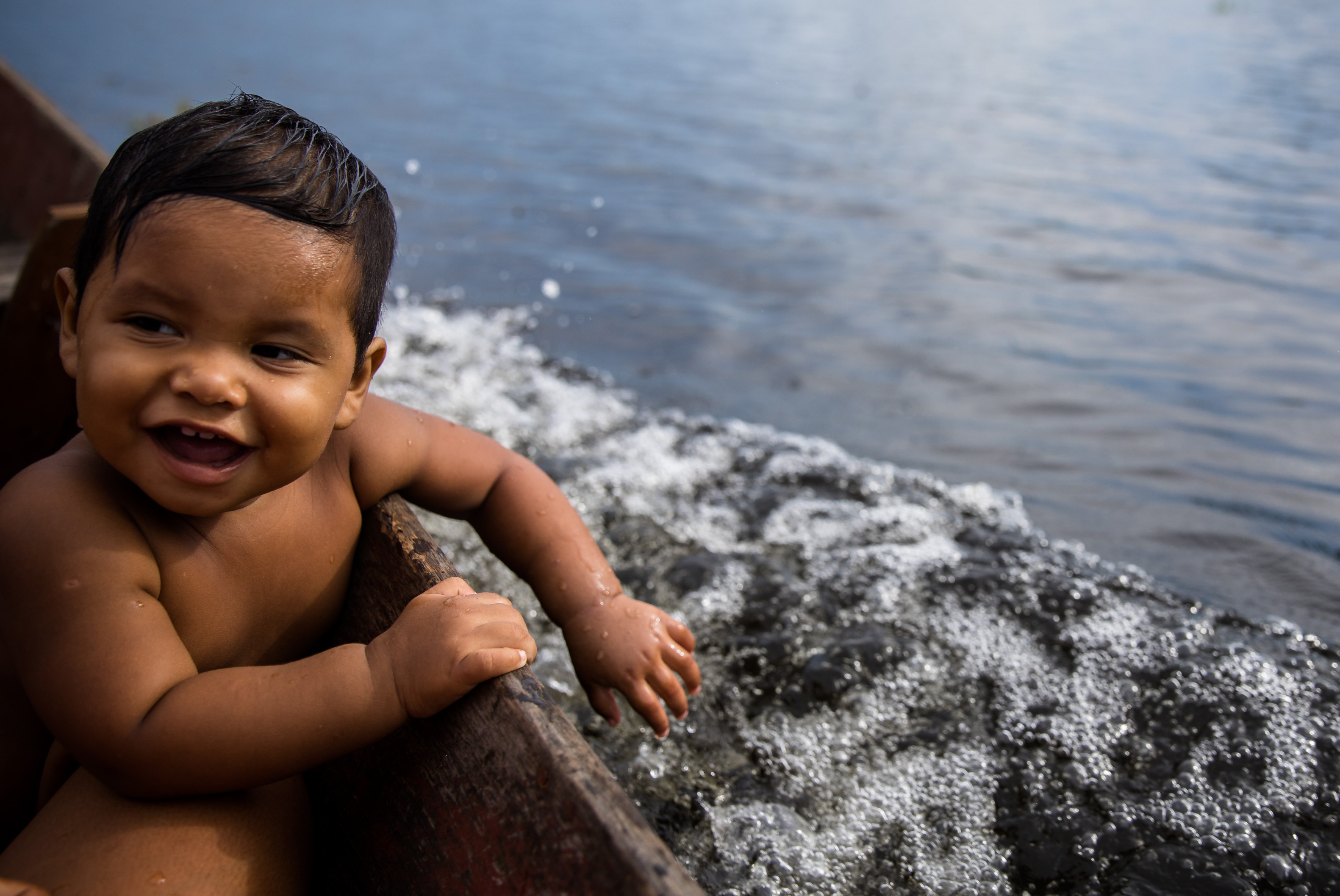 On the last day of the trip, the team traveled to the Projecto Amazonia missionary training center where many were able to meet their adopted missionaries. As the Texans met the Brazilians, hugs were exchanged and stories were shared about God’s work in the villages in which they serve.

The team then headed back to Manaus, leaving the Go Now missionaries at the center to undergo two weeks of training before being sent out to local communities for the remainder of the summer. This marks the first time for Go Now missionaries to serve in the Amazon and partner alongside the Brazilian Baptist missionaries.

The MAP missionaries are engaged in daily discipleship, church planting, training and equipping local leaders, spreading the vision of church multiplication and providing relevant social services. There are currently eight bases for planting churches in the Amazon, with an aim of reaching the 113 unreached people groups in the region. In July, a new training will begin for the upcoming missionaries. During the 452-hour course, missionaries are trained in evangelism, discipleship, theology and basic survival skills for living in primitive communities. 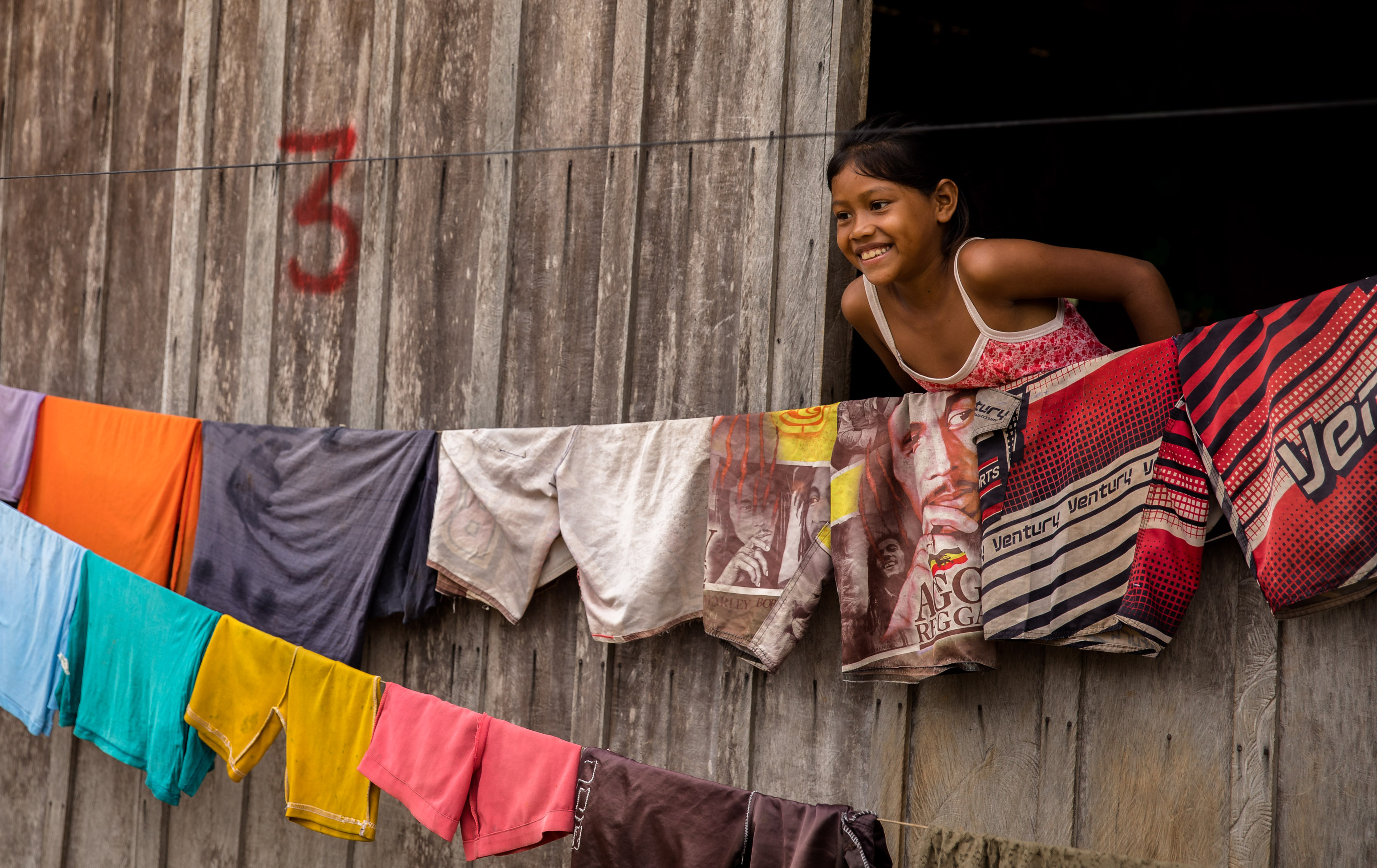 “The Holy Spirit brought 14 Texas Baptists churches together as one church to open opportunities for new churches to be planted and to encourage those who are in the frontlines of the mission field,” said Campos. “Many lives were saved, and churches united and empowered to continue to fulfill the Great Commission in the Amazon.”

Currently, Texas Baptists have adopted 50 MAP missionaries along the Amazon and 18 more are waiting to be adopted. MAP partners Texas Baptists churches with churches in a host country to jointly sponsor a missionary. Through gifts of $150 a month, a church can provide training and resources for one missionary, as well as lodging and basic necessities.