by Kalie Lowrie on January 16, 2018 in Great Commandment

The First Baptist Church of Valley Mills sits atop a hill in a community of around 1,200 residents. While the church has engaged in ongoing community ministry since its inception, Pastor John Wheatley was interested in finding new ways to minister. He approached the Baylor University School of Social Work and was soon connected with Travis Engel, a social work intern who began serving with the church in the fall of 2016.

One of Engel’s first tasks was to conduct a community assessment by creating an asset map of the community with the help of an assessment team which was made up of people from the church and the community. Equipped with resources from his social work courses, Engel led the team in a process of community evaluation. They canvassed the community to see where assets already exist, such as government programs, local associations, educational institutions, congregations, nonprofits, businesses (both locally and corporately owned), parks and recreation facilities.

Wheatley was so pleased with the results of the assessment team, he decided to turn the team into a visioning committee at the church to help plan future mission endeavors of the congregation.

Through the course of their assessment, the team identified a population of Hispanic families who lived behind a grove of trees in the community and were often overlooked. After visiting with residents, they found that many did not speak English and expressed a desire for English as a Second Language (ESL) classes, which were not offered anywhere in the town. The community also did not offer a Spanish-speaking worship service. People have been going 20 miles away to worship in Spanish.

Following the team’s report and the leadership from the community members, the church felt led to start an ESL program on Sunday evenings, with assistance from volunteers at the local Methodist and Cowboy churches. In November, the classes had 30 students, 11 children, seven infants and 15 volunteers who served in various roles.

“It was amazing to see the members of the team flourish and grow as they came to trust themselves and their own abilities,” said Engel.

Dr. Gaynor Yancey, professor at the Garland School of Social Work and director of the newly-renamed Center for Church and Community Impact (C3I) sees connections like this as a beautiful picture of community ministry and an eternally-focused church. Through a partnership with C3I and Texas Baptists’ Christian Life Commission, Yancey looks forward to future collaboration with Texas Baptist churches to strengthen congregations as they engage with their communities. 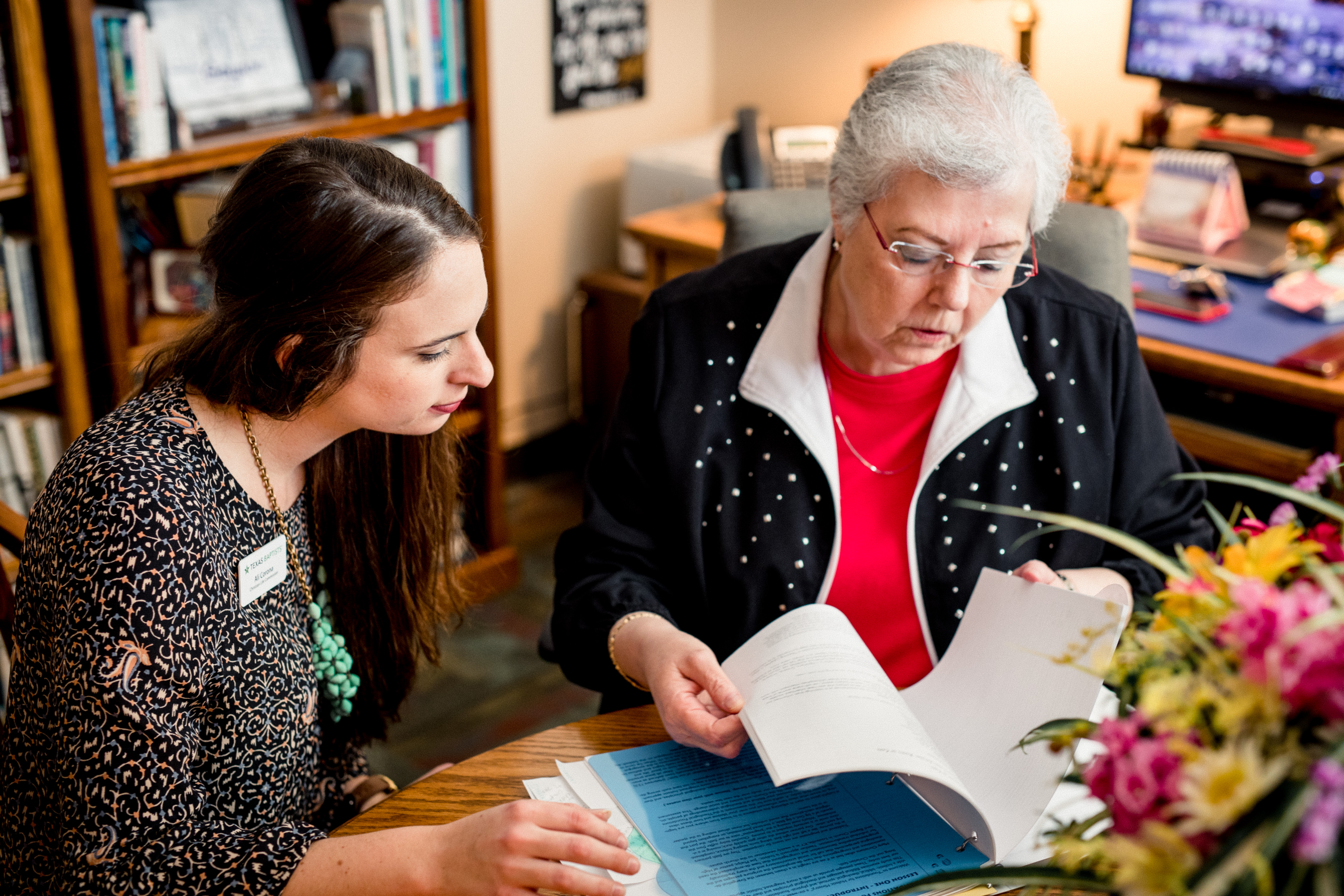 Church connections will be facilitated by Ali Corona, CLC hunger and care ministry specialist, who is a licensed social worker, holds a Master of Social Work degree from the university and has a heart for congregational social work.

“We have many of the same goals–such as equipping the church to live on mission outside their four walls and to live out the Gospel efficiently–so the partnership was a natural fit,” said Corona.

Acknowledging that there is not a one-size fits all approach to meeting community needs, the C3I will assist churches in holistically engaging in their local communities through conducting research, cultivating leaders and consulting congregations.

First Baptist Church of Covington recently invited Yancey, Corona and five social work students to conduct a conversation and church assessment with church leaders. Through an appreciative inquiry approach, Yancey and Corona helped church leaders uncover what God had already done in and through their congregation.

“We looked through the lens of how God was working, how He had moved and what were the next steps,” Corona said.

Ultimately at the end of the morning, Pastor Eric Black and key leaders were equipped with beginning the next steps for future ministry.

C3I, previously known as the Center for Family and Community Ministries, was founded in 1997 by Dr. Diana Garland through a $225,000 grant from the Baptist General Convention of Texas. Through the Center, Garland conducted research around family ministry, helping quantify the impact of working with families in congregational settings to educate, train and equip them to serve outside the church.

In 2002, the Center received a $2.1 million grant to study congregations and determine what they were doing to minister to community needs throughout the country. Qualitative and quantitative studies were conducted by faculty and students from Baylor, Virginia Commonwealth University, the University of Pittsburgh and the University of Southern California. As a result of the research, curriculum was developed to train congregations in mission outreach and externally-focused ministries. Also, many of the students who were involved in leadership development over that three-year period of time are now pastors, directors of development, church staff members and missionaries.

“The people have been called by God to do something. Many of them have no idea how to do what they’ve been called to do. Our job is to develop curriculum, share the curriculum and train people to be effective in the service that God has called them to do,” said Yancey.

“We are excited about strengthening churches to be the worldwide witness God has called them to be in mission focus and community outreach,” said Yancey.

For more information on conducting a community assessment for your church, or to access C3I resources, contact Ali Corona at ali.corona@texasbaptists.org or 512.473.2288 or Dr. Gaynor Yancey at gaynor_yancey@baylor.edu or 254.710.6424.